Silicon Valley Comic Con have announced a second batch of guests that will be present at the 2018 event. 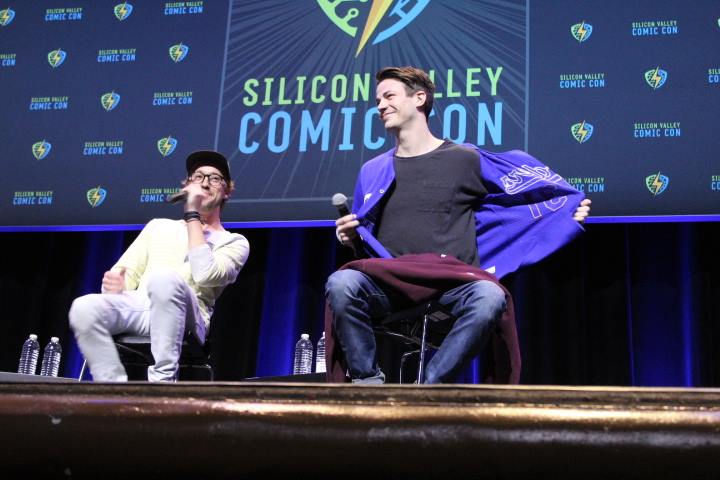 Silicon Valley Comic Con has announced the second batch of special guests that will appear at the 2018 event and it includes several prominent writers and a local favorite. The second batch of guests are Adam Savage, Evan Narcisse, Michael Moorcock, Gary and Whitta.

Adam Savage is a special effects and set designer who is best known for co-hosting MythBusters. He has also worked on models for major films such as Galaxy Quest, Star Wars Episode II: Attack of the Clones, and The Matrix Reloaded. He is also a regular guest at major Bay Area cons, having hosted work shops at Crunchyroll Expo along with Silicon Valley Comic Con 2016 and 2017.

Evan Narcisse is a writer best known as the co-author of Rise of the Black Panther story arch. He is also a regular contributor to Gizmodo.

Michael Moorcock is a writer who is best known for paving the way for New Wave science fiction in the 60’s and for creating the Elric of Melniboné series along with the Dorian Hawkmoon series. He has been hailied as one of the best British writers of the modern era.

Gary Whitta is a writer best known for co-developing the story for Rogue One: A  Star Wars Story and having worked on the story for Gears of War. He is also a contributor to ACE and was also the Editor for PC Gamer.

They will be joined by comic icon Stan Lee, Sean Astin from Lord of the Rings, Matthew Lewis who is best known his role as Neville Longbottom in the Harry Potter films, Jewel Staite from Firefly, Marvel Editor Jim Shooter, and Andy Weir who wrote The Martian. More guests will be unveiled in the months leading up to the event.