Resident Evil 3 is a remake that completely rebuilds a classic work of horror while also keeping the elements that defined the original.

Last years Resident Evil 2 was a remake that retold an iconic nightmare. Capcom has done it again only with Resident Evil 3. This remake completely rebuilds a classic work of horror from the ground up. At the same time it works to also correct a lot of the narrative mistakes made by the original. The result is another opportunity to relive the Raccoon City outbreak.

Resident Evil 3 doesn’t have players re-experience the same nightmare but instead reimagines the horror. The key plot points are there but this is not the same nightmare we all played back in the day. It’s a modernized game that still stays true to its horror roots while respecting its source material.

Most fans would recommend to experience this on the PlayStation 4. For this review, I went with the PC version. That is because I bought the original on PC back in the days. Don’t get me wrong, I have played it on PlayStation and I bought a copy of it a few years ago at a game swap meet. It’s just most of my memories of playing the original are connected to the PC version of the game.

This is a remake that once again demonstrates that the series is strong when it stays true to its horror roots.

One Night In Raccoon City

Even though the story is a classic, here is a quick recap for those who never played the original.

Starting 24 hours before the events of Resident Evil 2, Raccoon City is in the midst of the T-Virus outbreak and all attempts to contain it have failed. Jill Valentine is fighting through the outbreak in an attempt to find other survivors and a way to escape. However, the situation is made worse when a new Tyrant (Nemesis) has been deployed with the task of killing all the surviving members of S.T.A.R.S.

Unlike its predecessor, this is a completely different experience that has very little connections to the original. The game is set during the Raccoon City Outbreak, Jill Valentine along with Carlos Oliveira are the main character, U.B.C.S. and Nemesis is the main villain. Those are the only things the remake has in common with the original. This is not a drawback as it allows old fans the chance to have a different experience in the context of a familiar setting.

One of my biggest peeves with the Resident Evil 2 remake was that it failed to fix the plot holes created by latter entries. This remake was able to fix most of it. Some questions are answered while some confusing moments have been resolved. Also to its credit, it does a great job at connecting its plot with that of its predecessor.

Resident Evil 3 strikes the perfect balance between action and horror. The game is action heavy without sacrificing the horror survival elements. There are plenty of ammo at times and zombies to kill. Yet the idea of being surprised by Nemesis will keep one in a state of fear. Be advised that it’s still not a good idea to get trigger happy. It’s still best to avoid combat and use as little ammo.

Absent in the last game, returning for this remake is the need to explore the world. There are multiple ways to traverse the level and plenty of hidden areas. Players are encouraged to explore every coroner of this world (and are rewarded for it). These rewards range from short cuts around the area. Other rewards include weapon upgrades and much needed ammo or health items. While not a reward that helps with the players progression, exploring the world also allows players to find all kinds of Easter Eggs.

One advice I will have to give for those playing for the first time. Start in Standard Mode because the Assist Mode is too easy and you will loose interest. However, I would highly recommend Assist Mode to speed run or to farm for points and achievements.

Resident Evil: Resistance is an asymmetric multiplayer add-on to the game. The experience pits four players against the Mastermind (who attempts to take out the survivors). Honestly, this is something that will only appeal to those who enjoy multiplayer. At times it will have it charm but one must actually be a fan of the genre to enjoy it. Like so many asymmetric multiplayers, team balance is a problem as everyone wants to be the Mastermind (thus nobody gets that role).

Resistance is actually a missed opportunity for Capcom to remake Outbreak (the only time the series ever did multiplayer right). Instead of wasting resources on a multiplayer experience that adds nothing to the lore they could have expanded on the Raccoon City story. Fans would have better enjoyed experiencing the outbreak from different perspectives while working to escape.

While the Resident Evil 2 remake was developed with time and care, the Resident Evil 3 remake looks like it was rushed. Quality was not sacrificed, it comes at the price of the quantity of content. Gone are most of Raccoon City along with the challenging puzzles and most of the unlockable content from the original. What is left feels bare bone.

Resident Evil 3 biggest fault is that too much from the original was cut. This as result is a blow to the overall replay value. Players will only get to explore a small part of Raccoon City as so many levels have been cut. While the original had numerous unlockable outfits, the remake has only a few. Adding to the lack of player accomplishment are the lack of puzzles and ones that are challenging. The original required players to think critically but the remake just has players go through the motions. Compared to the original, the remake feels more like it should have been a $20 DLC for Resident Evil 2.

Finally one will notice that some of the gameplay elements have undergone a regression. Compared to it’s predecessor, the it feels like a downgrade when it comes to fighting the zombies. Instead of using a grenade or knife, players just tap a button and hope to take little damage.

Don’t let the lack of content dissuade you from returning to Raccoon City. Resident Evil 3 does so much right when it comes to remaking a classic work of horror. If you’re an old school fan like me then you will enjoy having to once again confront Nemesis.

Resident Evil 3 is a remake that completely rebuilds a classic work of horror while also keeping the elements that defined the original. It goes against expectations while also respecting the wishes of the fandom. It has some shortcomings but Capcom should look at these mistakes as a learning lesson for the next remake.

Disclaimer: I bought this game on Steam. 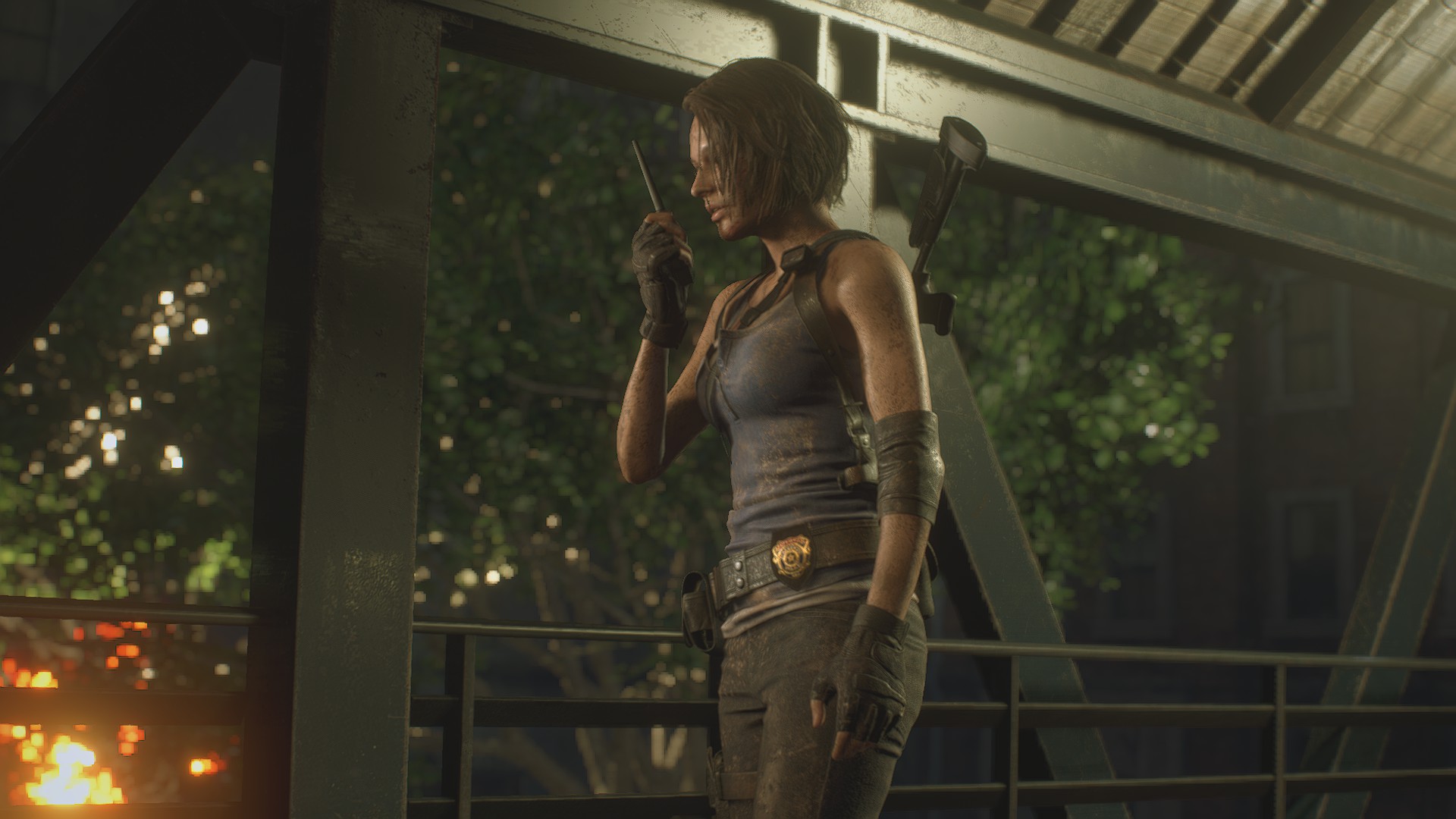