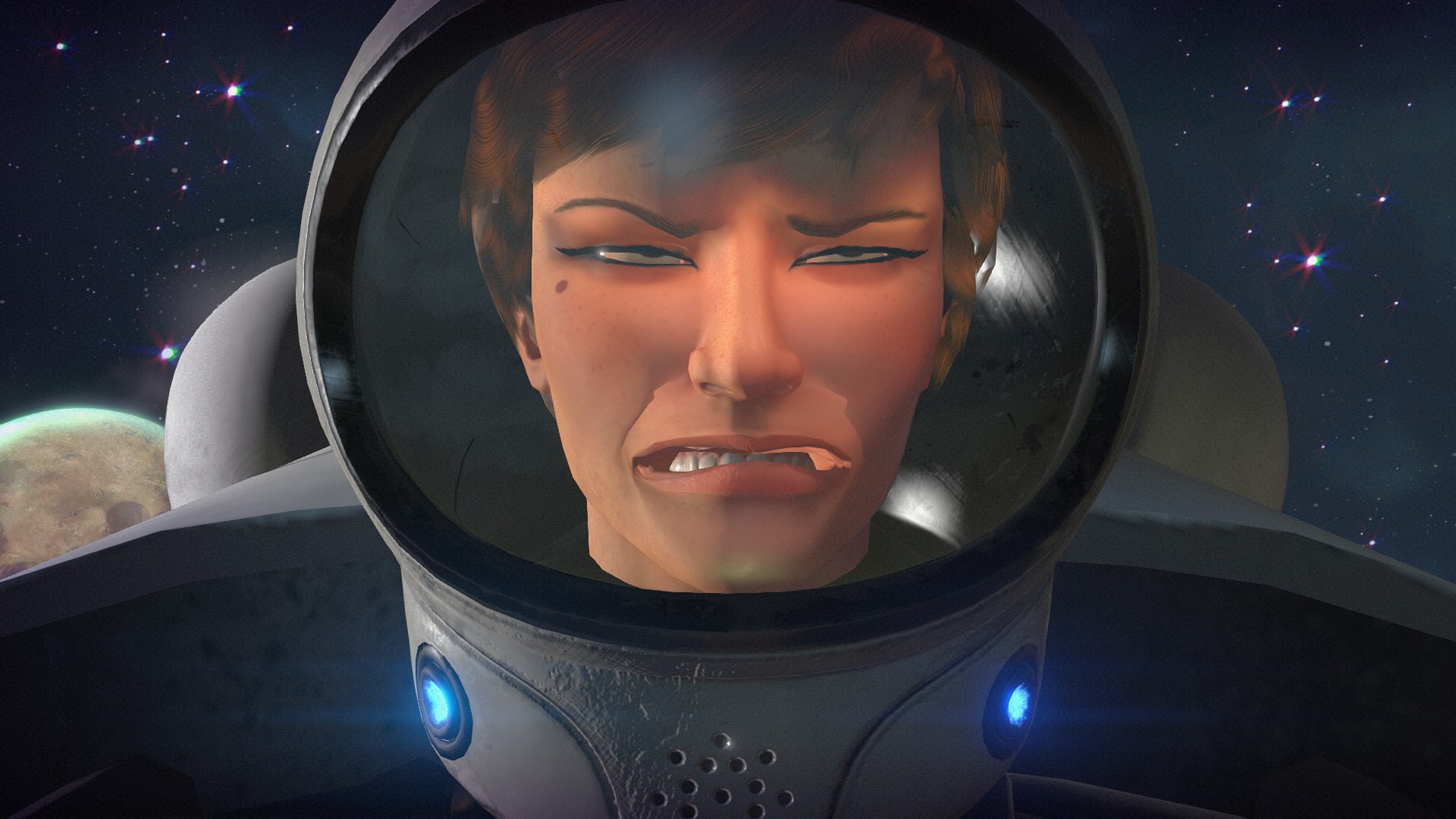 Science fiction of the 1970’s was an era of pop-culture defined by the fears of nuclear war, the distrust brought on by Watergate, the experiments of New Hollywood, all while following the success of 2001: A Space Odyssey.

Enter the team at Double Fine Productions as they attempt to bring that influence and style into the game, Headlander.The result is a science fiction odyssey takes some of the most iconic work of the era and blends it into a unique gaming experience.

Gamer will first be attracted to Headlander groovy art style but it will be the story and gameplay that will keep them hooked. 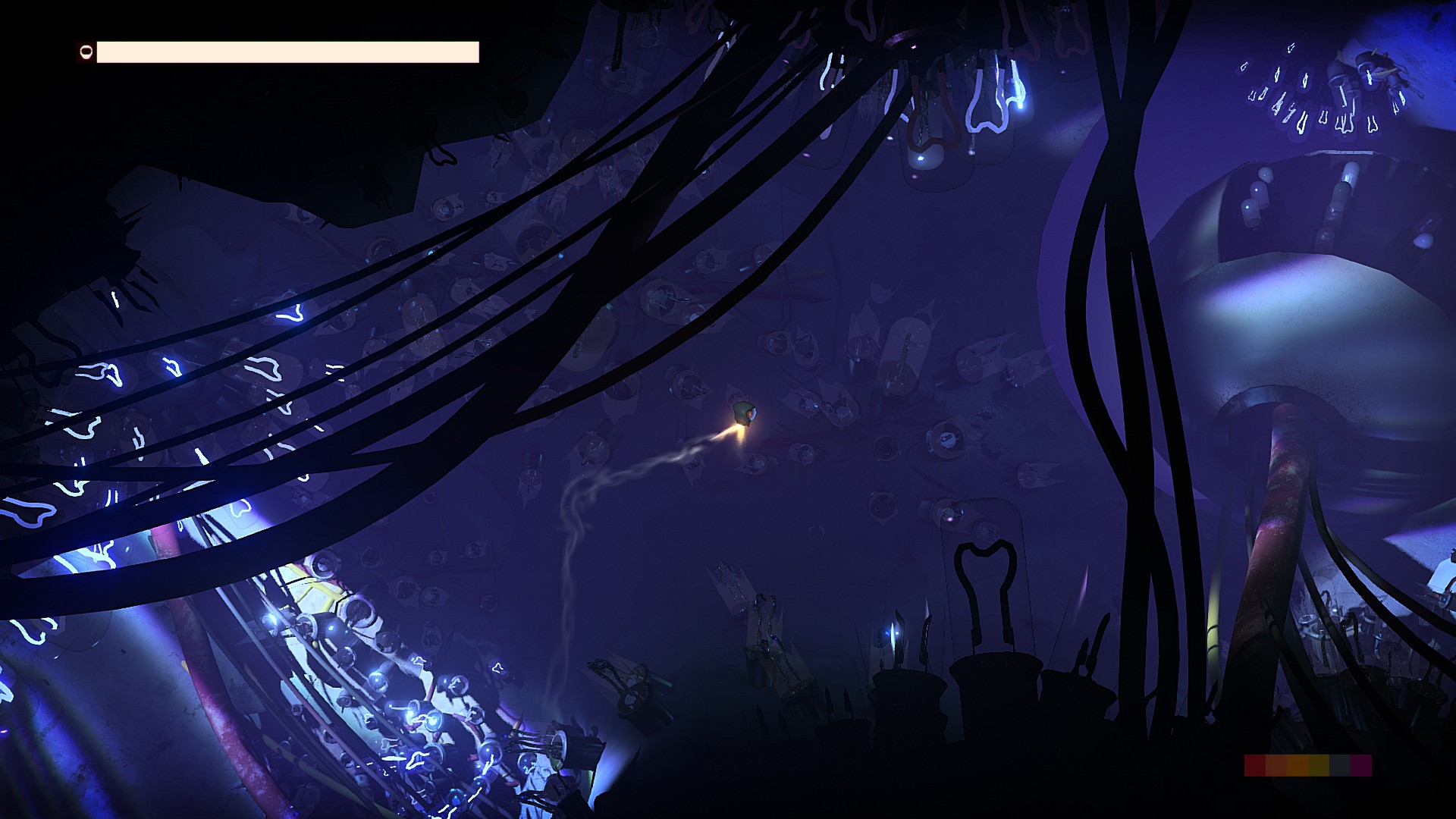 Headlander is set in a world were humanity has uploaded their consciousnesses to a cloud storage system while abandoning their bodies in-favor of robots. This new world is under the rule of Methuselah, an artificial intelligence, that has trapped the human consciousnesses inside the robots and enslaved them.

Players take on the role of the last human but they are just a head in a special helmet and are suffering from amnesia. Using Earl’s guidance, they must find a way to defeat Methuselah and free humanity.

At first the plot may feel similar to the Futurama episode, “A Head in the Polls“, but there is more to story then a head looking for a body. The team has done a masterful job at crafting a story that cleverly blends a sense of humor into a serious story.

The games artistic style really adds to its 70’s influence with retrofuturistic level design and colorful details. Complementing the artistic style is the soundtrack that borrows from many classic films of the era that is mixed with a groovy beat.

While a good story and stunning visuals with a catchy musical score are great, one must not forget about the gameplay setup.

The gameplay setup uses Metroidvania as its foundation while putting more emphasis on puzzle solving over combat. When players have to engage on combat, outwitting the enemy is preferred over basic running and gunning.

Overall this is a title that any gamer will fall in love with the moment they start it up, be it because of the artistic style and story or the old school gameplay. Headlander is just another example of how unique the Indie Game market is.

Headlander is a Metroidvania style game that will not only take players on an out of body and world odyssey but it will serve as an example of the influence that science fiction of the 1970’s has had on pop-culture.