Earth Defense Force 5 is the same classic experience that fans have always enjoyed while giving new gamers a reason to pick it up.

Earth Defense Force has always been one of those games that critics don’t think much about but gamers have always enjoyed. When compared to movies, it has always felt like a cheesy B-Film made into a video game. Every artistic issue may hurt any other title but for Earth Defense Force, it’s part of what makes it great.

At the same time it has always been a game for gamers, specifically those who grew up with the original PlayStation. It has the hallmarks of a poorly localized title along with the issues that come from a budget game. That may hurt any other game but that’s what gives Earth Defense Force its charm.

Earth Defense Force 5 is no exception, if one has played any past titles then they will have a good idea of what to expect. However this new installment does take advantage of the PlayStation 4 to improve the experience. The overall result is a game fans will enjoy and new comers should pick up if they have ever been curious about the series.

Welcome to the Bug War (Again)

Earth Defense Force 5 will once again have players fight in a bug invasion of the world. Alien bugs have launched a surprise attack against the Earth and its up to the EDF to save humanity. Players take on the role of a warrior class then complete each stage by either killing all the enemies, destroying key structures or other tasks.

The gameplay has not changed much with the exception of a few minor tweaks that workout in its favor. Players pick one of four class of EDF soldier, all based on the preferred combat method of the player. Each level has a simple objective, kill all the enemy forces (be it bugs, monsters or UFO’s) while protecting civilians. Players could either enjoy the experience solo or either through split-screen co-op or online multiplayer. There is nothing really complex about Earth Defense Force 5 and that’s what makes it such a fun title.

Honestly this comes to the only major issue I had with the game, what is the point of a tutorial? From experienced fans to noobs, this game is not complicated and anyone can figure it out in less than 10 seconds. All players have to do is move around and shoot enemies, this is not something that is complex. The only thing the mandatory tutorial levels does is waste the players time with a false sense of suspense (because you know what is about to happen).

With the exception of a visual upgrade and a few minor tweaks, Earth Defense Force 5 has hardly changed when compared to its predecessors. For any other title such a statement would be an actually critic of what is wrong with the series. However, Earth Defense Force isn’t crapping out a new title each year nor does it pretend to be something of great grandeur.

Earth Defense Force 5 is the same classic experience that fans of the series have always enjoyed while giving new gamers a reason to pick it up. The setup is cheesy and the gameplay is simple but that has been its charm all along. 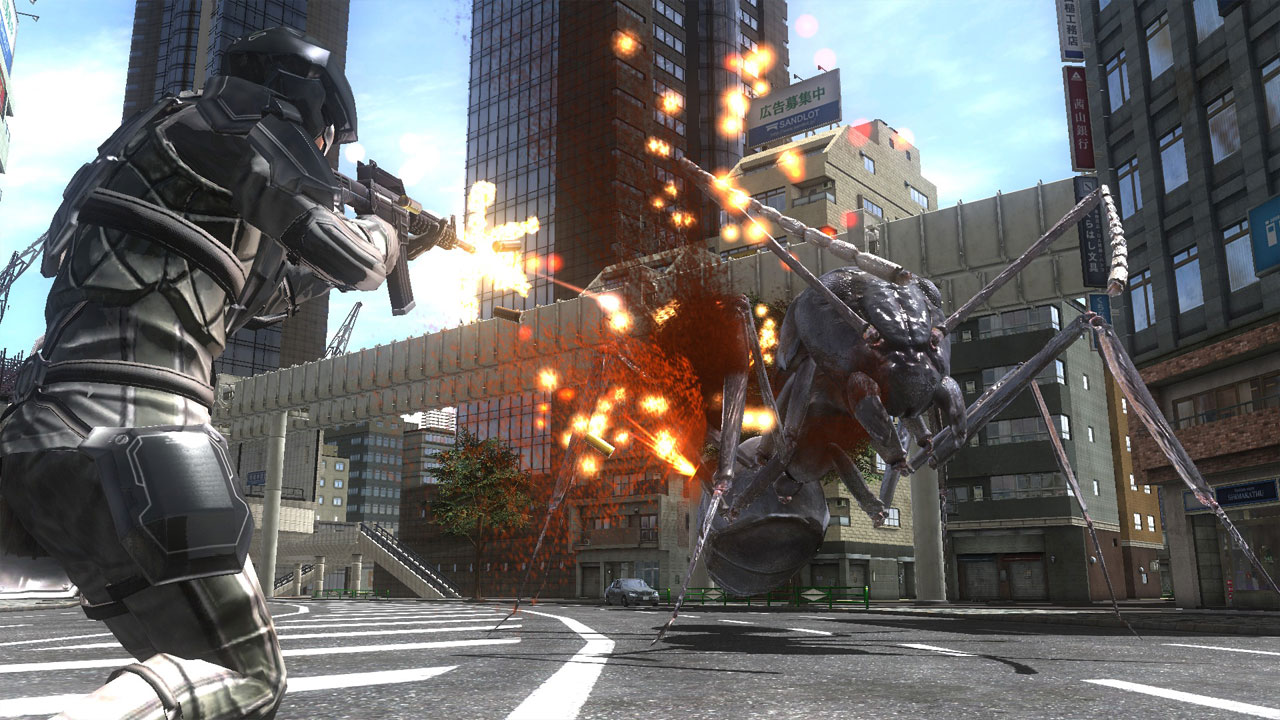