Earth Defense Force: Iron Rain is a radical departure from its predecessors while also walking a tightrope between being diffrent and keeping familiar elements.

Earth Defense Force: Iron Rain could only be described as an ambitious attempt to take the series in a different direction. It’s a game that is walking a tightrope between being diffrent while also keeping what has made past entires so beloved. Gone is most the camp and that poorly localized tone in favor of a more polished experience.

As someone who has been a fan of the series, I was unsure how I felt about the changes. Despite some of my reservations, Iron Rain is overall a solid entry into the series. While the astatic choices may be questionable at times, the improved gameplay and the new world will make players want to fight on.

Welcome to the New War

Iron Rain begins during a battle between the EDF and Aggressors in San Francisco. Despite the deployment of a new Special Unit, all EDF forces are wiped out after the mothership unleashes its super weapon. However one solider (dubbed Closer) survives and is able to bring down the mothership.

Seven years later; Closer awakes from a comma and learns that humanity is now fighting a guerilla war against the Aggressors. Humanity has abandoned the cities in favor of underground bunkers while Blast Teams fight to clear the surrounding areas. Making matters worse is the EDF is also fighting war against a rouge faction called the Kinder Rebellion.

Unique among other entries in the series, Iron Rain has a more crafted story with a roster of characters. However, it won’t really matter because the story is not something fans are gonna be too invested in. All they’re going to do is prep that PA Gear and blast some monsters.

Tools of the EDF

Earth Defense Force: Iron Rain features a major overhaul of the gameplay that feels somewhat long over due. Instead of picking a class (with all their weapons and gear), players could now customize their character based on their preferred style. This includes PA-Gear, any weapons combo and any verity of gear. Players could also customize the features of their character or PA-Gear with a selection of cosmetics.

In regards to the combat, standing still and shooting is possible so long as one is playing in easy mode. Every other difficulty setting will require players to be more active and adapt to the combat situation. This of course will require a lot of trial and error in regarding to finding the right weapon setup or devising a battle plan.

The multiplayer experience is broken down into either the classic co-op and a new feature Mercenary. Playing solo is fun but fighting along side another player in co-op is a much better playthrough. However I would say Mercenary can easily be skipped as it brings nothing interesting to the gaming experience.

Problems on the Homefront

Another shortcoming is that with so many new unique enemies to fight that battling the bugs is now the most uninteresting part of the game. I know that is blasphemous as fighting giant bugs should not be the dullest part of any Earth Defense Force title. But when overshadowed by more interesting enemies, the same bugs from previous games have lost their charm.

Finally one can not overlook the performance issues that plague the game. Iron Rain has numerous rendering issues while players could expect a frame rate drop during some major battles.

Last years Earth Defense Force 5 was more of the same game with only some changes, Iron Rain is something diffrent. Despite its shortcomings, if you enjoy a game that is all about blasting waves of enemies then this is the perfect title. In the end, this is still an Earth Defense Force game only with a new look and setup.

Earth Defense Force: Iron Rain is a radical departure from its predecessors while also walking a tightrope between being different and keeping familiar elements. Overall; the improved gameplay mechanics and the new world will make players want to join the EDF to do their part. 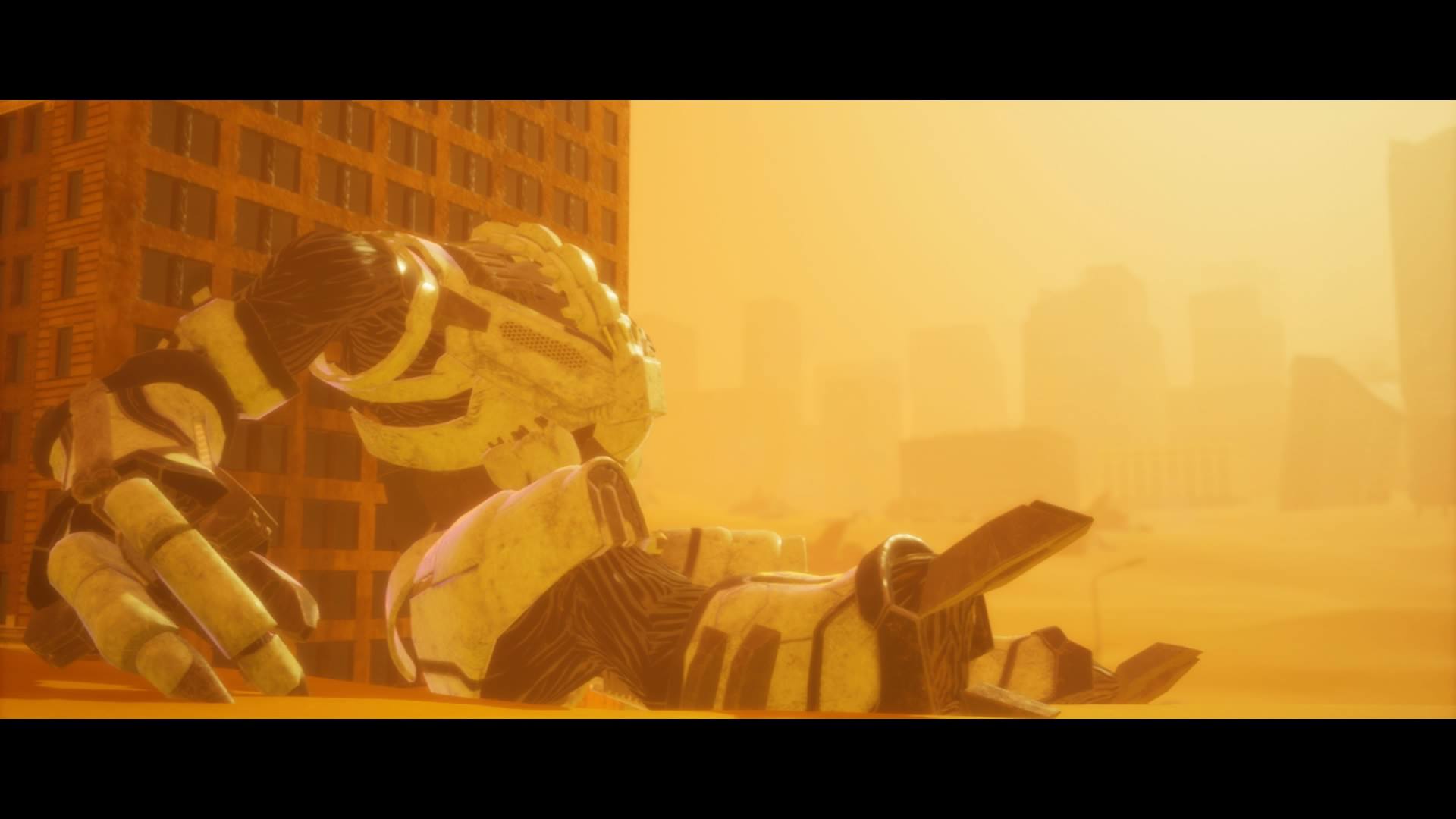