Johnny Weir will be a Guest at Crunchyroll Expo

Figure skate champion and super Yuri!!! on Ice fan, Johnny Weir will be a guest at Crunchyroll Expo. 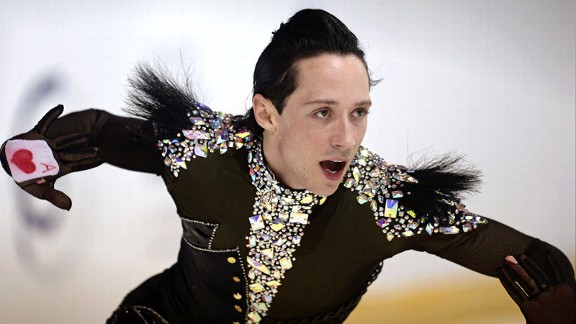 Get ready to have your love of Yuri!!! on Ice be put to the test by a fans who has lived the same life as Yuri Katsuki. It has been confirmed that Johnny Weir will be a guest at Crunchyroll Expo 2017.

Johnny Weir is an American figure skater who has competed in twice in the Olympics and having won the bronze medal in 2008. He has also won the bronze twice at the Grand Prix Final and has won the gold three times at the U.S. Figure Skating Championships. Weir is also a huge fan of Yuri!!! on Ice and plans to discuss how the show connects with him.

Joining him will be illustrator Yoshitaka Amano, iconic animator Hiroshi Shimizu, One-Punch Man star Max Mittelman, and anime critic Gigguk just to name a few. More guests will be unveiled in the weeks leading up to the event.