Day 2 of Kraken Con was the true Con experience that brings fans from all over the Bay Area. 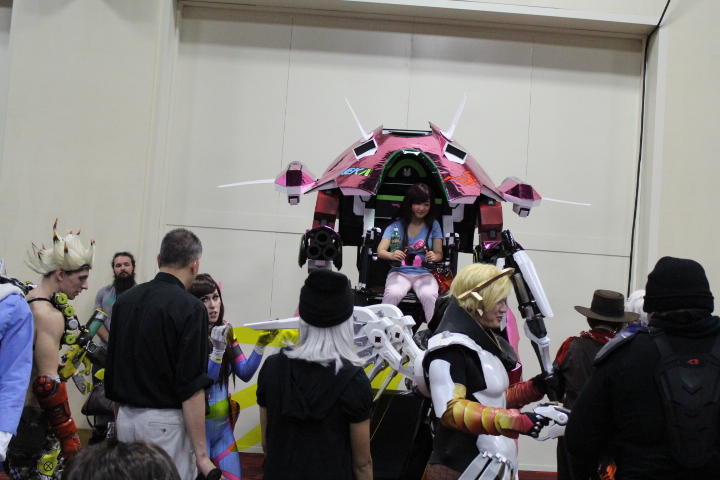 Remember when I refereed to the first day of Kraken Con as a sample of what can be expect during the weekend? Yeah that was an understatement given how massive Day 2 of the event was while telling the story will have to be broken up between the day and the late night experience. Before the event could even begin, many attendees and staff could be seen mingling at the Iron & Oaks for breakfast. It was here that we shared stories of previous Con stories over a nice cup of damn fine coffee.

Kraken Con on Saturday started in a traditional manner as guests kicked it outside the convention halls as the await the doors to open. This was a chance to meet new friends or be reacquainted with familiar faces while getting a photo shoot with the best or most creative cosplayers.

Among the highlights of the day were a charity auction, a panel with Foundation for the Preservation of Gen 1 Pokemon, and a look at the influence Sailor Moon has had on women in North America. With so many events and guest speakers and events, these are the few I had the chance to attend.

The first panel I visited was Max Mittelman as he gave a more in-depth look into his career along with being a voice actor. Among the insight he shared were how he started his career and the struggles that voice actors have to overcome. It was also a moment of optimism as he shared his dream projects along with his favorite works.

Jason B. Thompson joins with Shaenon Garrity along with Evan Minto to discuss the best and worst manga of 2016. The best of 2016 offered something new for the readers or told a familiar story but with in a unique setting. The worst of 2016 were selected mostly because of being either boring or just offering nothing but fan service. The panel concluded with examining the under looker manga’s of 2016.

Next it was time to check out Kyle Hebert as he offered advice on being a voice actor along with having a Q&A session with the fans. Yet there was more to the Q&A as he also made it a entertaining session. Anyone who saw his performance the night before already had some idea of what to expect.

By 6:00pm, Kraken Con would become a completely different event that deserves its own story.