The Cosplay Wrestling Federation has announced that they will be hosting a show at Kraken Con 20018. 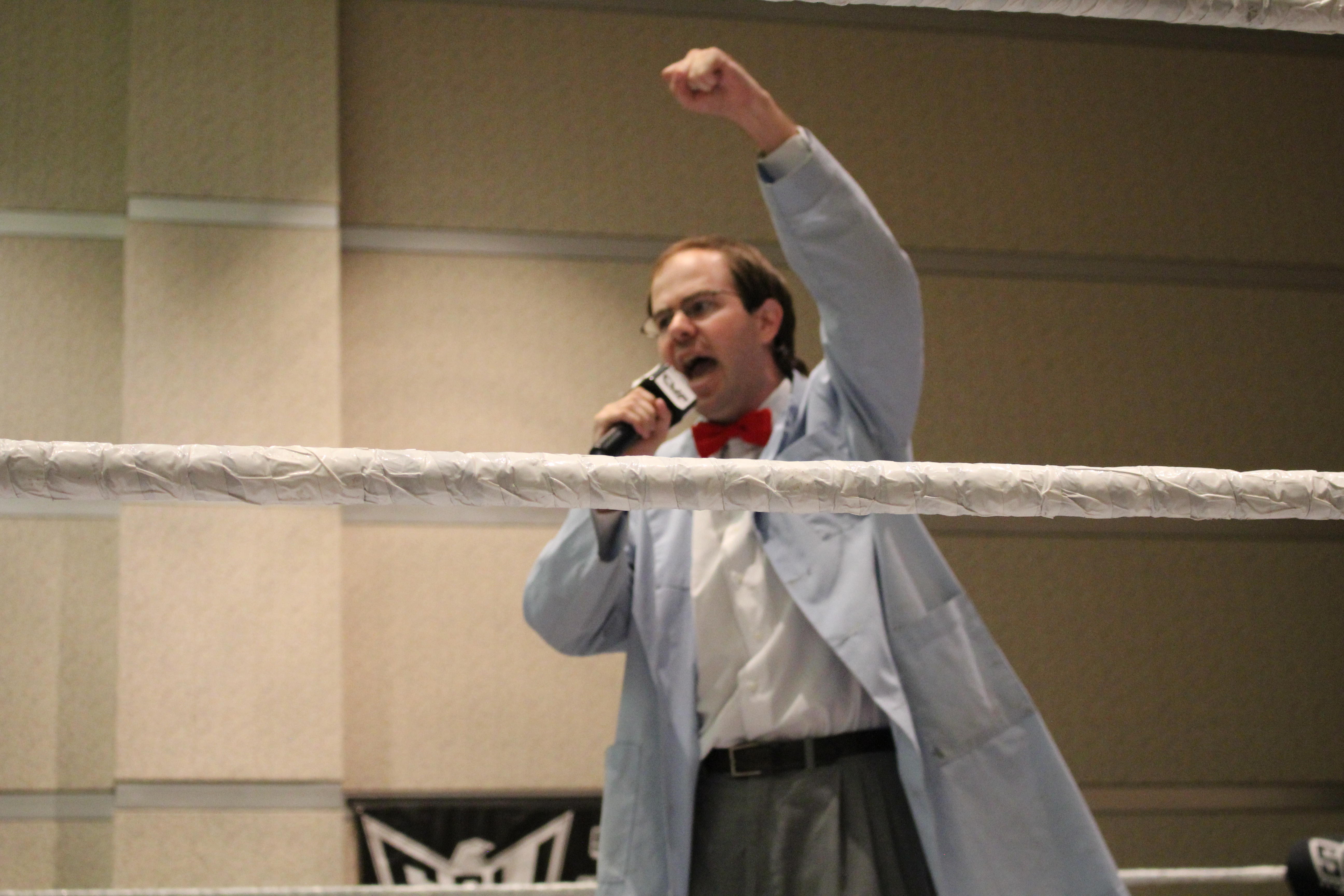 Every Bay Area fan knows its not a real anime convention without a show from the Cosplay Wrestling Federation and Kraken Con 2018 is no exception. It has been confirmed that they return for another outstanding show.

Cosplay Wrestling Federation Blakout: Krackdown will be their show at Kraken Con and it has been the series that featured the premier of several many iconic stars. The show will take place on September 29th at 10:30 PM and any one wanting to participate in can sign up now.

Besides watching the CWF – attendees could have fun at the Black & White Ball, meet other fans during a cosplay gathering, participate in an eSport tournament or meet the guests of honor.

Among the confirmed guests are Courtenay Taylor from Resident Evil and OK K.O! Let’s Be Heroes, Deedee Magno Hall from Steven Universe and Kari Wahlgren who is best known for her role as Haruko Haruhara in FLCL. More guests and activities will be announced in the months leading up to the event.

In the sprite of wrestling and cosplay, Cosplay Wrestling Federation has the most iconic characters in pop-culture go toe-to-toe in a battle of personalities. The show has been a staple of video game and anime conventions in California.