David Tennant to Star in Call of Duty: WWII Zombies

Activsion has confirmed that that David Tennant will be featured in Call of Duty: WWII. 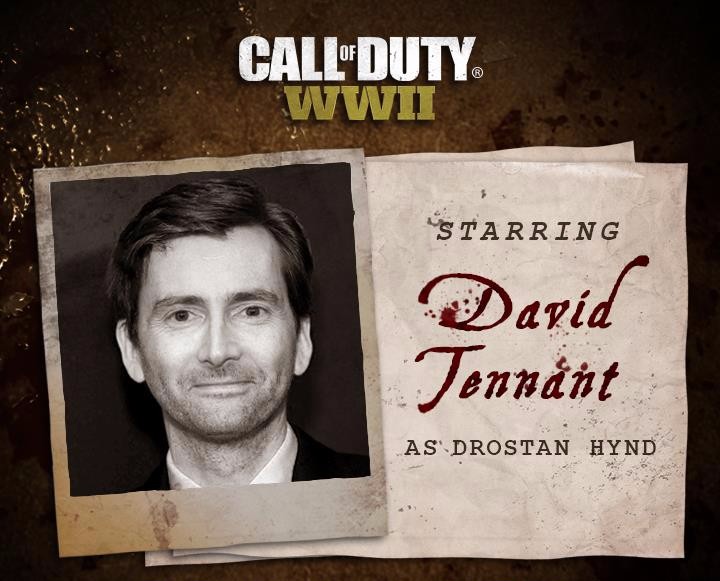 If you’re a Whovian and love killing zombies then you may need to embrace your inner bro-gamer as it has been confirmed that David Tennant will be featured in “Nazi Zombie World”, the side game featured in Call of Duty: WWII.

Activsion has confirmed that David Tennant will be playing as Drostan Hyn, one of the playable characters. The official trailer for “Nazi Zombie World” will be unveiled on July 20 at San Diego Comic Con.

David Tennant is an actor who is best known for his role as the Tenth Doctor (aka the best Doctor) in Doctor Who. His other major roles include Kilgrave in Jessica Jones and set to star as Scrooge McDuck in the DuckTales reboot.

Call of Duty: WWII  is set to be released on all major consoles and the PC on November 3. It’s the fourteenth title in series and the first to be set during World War II since World at War in 2008.