It was another weekend for the fandom community of the Bay Area to celebrate the culture they love at San Fransisco Comic Con 2016. 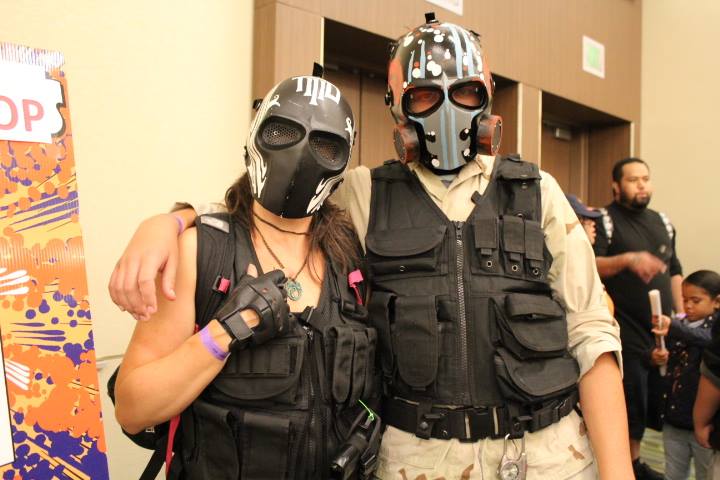 It was another weekend for the geeks and nerds of the Bay Area to gather together to celebrate the culture they love. This this time the fun was at San Fransisco Comic Con and me along with my buddy got a chance enjoy ourselves among other like minded enthusiasts.

Anyone who enjoyed Silicon Valley Comic Con back in March or last weeks Heroes & Villains Fan Fest would also have a great time at San Fransisco Comic Con. The event had local and artist while major celebrities were present to meet their fans.

There were over 50 vendors available selling collectable comics, cards and toys along with uniquely crafted merchandise. We found some comic books along with some really cool pins and artwork. If one knows what to look out for then its like being a kid in a candy store.

Even if you have no shopping agenda, it’s fun to look through all the cool stuff and meet the many artists that were present.

If comics were not your thing, the fifth floor was packed with people playing board and role-playing games, curtsy of Games of Berkeley. There was even a few LARP games happening along with Super Smash Bros.tournaments.

Of course no convention story is ever complete without mentioning all the amazing cosplayers that were present. Some worked for authenticity while other added their own personal style. I was also honored to meet and get a photo with Jessica Nigri.

If you had a chance to check out San Fransisco Comic Con, share your story in the comment section below.

Disclaimer: We bought our tickets and it was totally worth the price tag and we will be back next year.