A collection of tributes to Joan Lee. 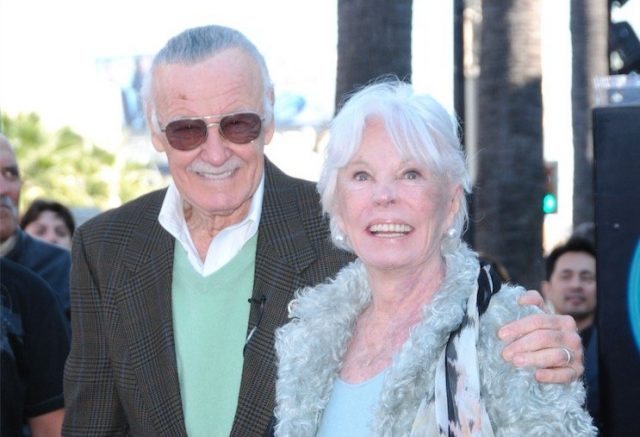 The comic book world was heartbroken to learn that Joan Lee, wife of Stan Lee, passed away July 6, 2017. Fans shared their grief all across social media and here are few examples of these tributes.

Our Prayers and thoughts are with Stan Lee as his wife Joan Lee, has passed away aged 93. 🙏🏼❤ pic.twitter.com/8vRIZArvRv

“She was the girl I had been drawing all my life.” https://t.co/VESUA42ZpI

Saddened to hear about the passing of @TheRealStanLee wife, Joan. I think when she reaches Heaven, God will say “Excelsior” @Marvel pic.twitter.com/6SGwmWGFMa

We are sending our condolences and prayers to @TheRealStanLee on this sad day.

My heart is saddened to know that Joan has passed. Her and Stan Lee were married for 70 years, and made a beautiful couple. Rip Joan Lee. pic.twitter.com/u1Y69U4JYN

Joan Lee was also the voice of Madame Web in the 90s Spider-Man cartoon. I feel so bad for her husband Stan Lee. RIP Joan Lee. pic.twitter.com/xNrwde7iYs

Behind every great creator is an incredible partner. We are heartbroken by the passing of Joan Lee. Sending love to Stan Lee and her family. pic.twitter.com/ix6TWclMIE

We would like to extend our deepest condolences to Stan Lee and his family at the passing of his beloved wife Joan Lee.

Our Prayers are with Stan Lee as his gorgeous, sweet wife Joan Lee, has passed away 🙏🏽❤ Our prayers are with the Lee family. pic.twitter.com/X17lQ0sNeQ

We are so saddened to hear of Joan Lee’s passing. Our love and thoughts are with Stan Lee and their family today. pic.twitter.com/Qa2A4e6goX