The Netflix remaster of Neon Genesis Evangelion brings a new layer of emotional depth while introducing the series to a new generation.

Neon Genesis Evangelion is one of the most critically acclaimed along with thought provoking and philosophically rich series. Despite its significance, the series has not been featured on any streaming service while the DVD versions have been out of print for over 20 years.

That has all changed with the series being re-dubbed and released by Netflix. Now a new generation of fans will be introduced to a series that they have only heard about from others. Now comes the big question, does this new version an improvement and did Netflix do the series justice.

Note: This is just a review of the original series and will not include any critic of After Evangelion.

The Work of Men

Neon Genesis Evangelion is one of the most iconic series but here is a quick (spoiler free) summery.

Set 15 years after a calamity changed the world (the Second Impact), Shinji Ikari is summoned by his father (Gendo Ikari) to NERV HQ in Tokyo-3. Upon his arrival, he is instructed that he must pilot Evangelion Unit-01 and must fight the Angels (monster born in the aftermath of the Second Impact). At first he is unwilling to fight only to change his mind after being pressured by his father.

After a successful first battle, Shinji becomes an Eva pilot with the support of Major Misato Katsuragi along with the other pilots (Rei Ayanami and Asuka Langley Soryu). Yet as the attacks get more intense, the results take a toll on his well being. At the same time, not everything is what it seems and something more sinister might be happening at NERV.

There are so many reasons why Neon Genesis Evangelion has been hailed as one of the greatest anime series and the Netflix remaster is a reminder of that. However; the remaster is also a reminder that this is an emotionally draining and difficult series to watch.

The Netflix remaster introduces a new voice cast that adds a new layer of emotional depth. Some fans may have preferred the original voice cast, the new cast actually brings some quality to their performance. At the same time it fixes some of the translation issues that 90’s anime were notorious for while also keeping its charm.

Special praise needs to be given to performer Casey Mongillo who has given the best interpretation of Shinji Ikari. Unlike the performance of Spike Spencer in the original dub, Mongillo is truly able to project not only Shinji at his best but also at his worst and during the darkest moments of the series. This performance is so powerful that audience will also be able to feel Shinji’s emotional journey.

Time to discuss the elephant in the room, straightwashing the relationship between Shinji and Kaworu along with not including different renditions of “Fly Me to the Moon” in the end credits.

In the original dub, Kaworu was tells Shinji “You are worthy of my love” and it has been an inspirational moment for the LGBTQ+ community. Fans have noted the significance of this relationship as Shinji has never experienced any kind of emotional connection (let alone being told someone loves him). The netflix dub replaces the word love with respect. As a result of the straightwashing, many have noted that this moment has lost its significance.

The absence of “Fly Me to the Moon” by Frank Sinatra has been attributed to the cost difficulties of acquiring the rights. However, it’s hard to believe that Netflix lacked the resources when they always seem to have a budget to fund the project of any has been Comedy Central star on the verge of career death.

God’s in his Heaven, All is Right With the World

Netflix remaster of Neon Genesis Evangelion brings a new layer of emotional depth while introducing the series to a new generation. It’s a reminder of how emotionally deep the series is and why its held in such high regard. 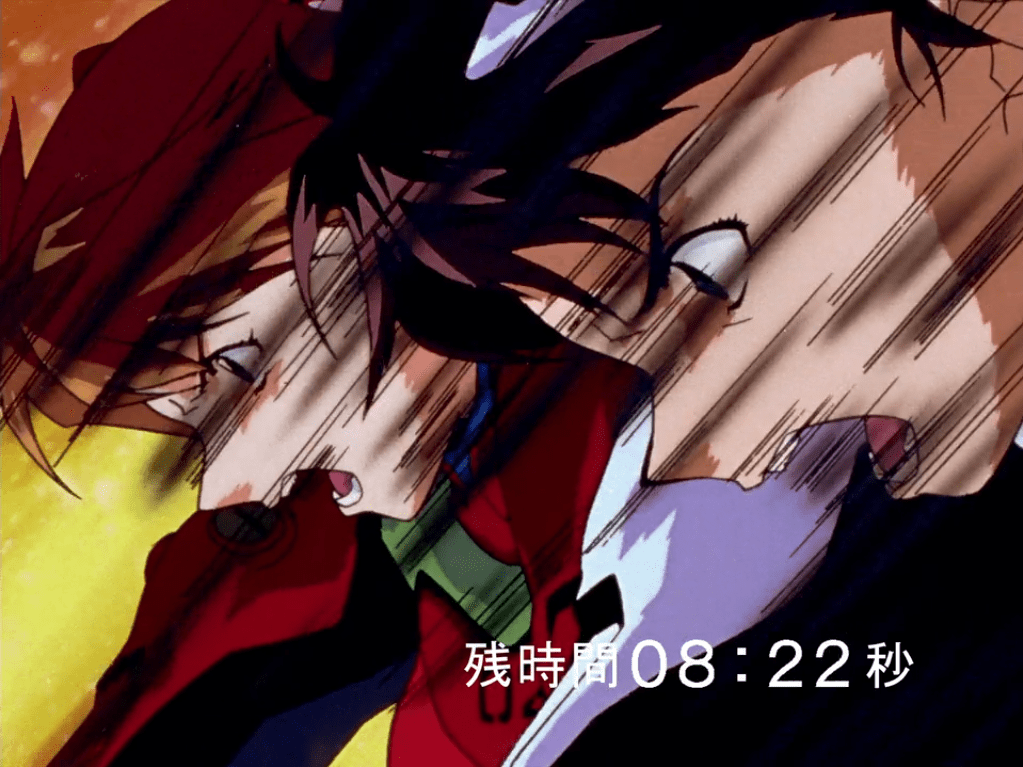