From its grotesque violence to the cheesy plot, The Island of Giant Insects hits all the right marks in regards to a quality grindhouse film.

An Island of Carnage and Mayhem

The Island of Giant Insects has been a work that I’ve been excited for after watching the premier at Crunchyroll Expo. Making its world premier, the movie doesn’t holding anything back. Those who feared a censored adaptation will have very little to worry about as little is held back. If you enjoy cheesy and over top films B-Films then you will enjoy this.

It’s a movies that requires one to have an appreciation for grindhouse cinema. Be warned that this is not an anime for the squeamish. The plot is cheesy while being complemented with a tone of grotesque violence and nudity on the side.

Yet, you will enjoy every moment of The Island of Giant Insects.

How to Survive Bug Island

Let’s be clear, this is not something highbrow like Your Name or thought provoking and philosophically rich like Neon Genesis Evangelion. This is the anime equivalent of a grindhouse that Joe Bob Briggs would recommend. Be aware that I say this as a complement. Not all works need to be from the Shōnen genre or a Studio Ghibli inspired masterpiece that appeals to fart sniffing snobs.

But don’t set your expectations very low. The Island of Giant Insects hits all the right marks in what makes a good grindhouse film. The plot is simple and the characters are easy to like or hate. Plus there is an ass load of gratuitous violence.

After their plane crashes, the surviving students from Houshou Private High School must work together to survive. However the situation is made complicated when its discovered that the island is populated by giant insects. Making matters worse is the clash of egos lead by Jinno Misuzu and Kamijo Atsushi. The groups only hope is the guidance of Oribe Mutsumi, an Entomology student.

Everything that one might like about a grindhouse is present in this film. A slaughterhouses worth of grotesque violence (hell yeah), a butt load of unnecessary nudity (oh definitely), low budget CGI insects that rip their victims apart (yes). It knows how to appeal to ones taste in low budget films in the right way.

The Island of Giant Insects does everything right when it comes to being a good grindhouse film. But in doing so it has also made some of the mistakes that comes with making such a film. It’s most notable issues are the awful looking CGI insects and the poor editing done to censor some scenes.

The quality of the animation is good for such a project but the CGI used for the insects is an eyesore. At the start, the quality is decent but it begins to take a massive dip when the film progresses. Most of the time it’s rare that the mix of CGI and standard animation mixes well during the film.

Even though the movie has a lot of violence and nudity, there are moments that were censored. This was done by darkening the parts of the scene. Sometimes it worked while other times it was just obvious that they were trying to hide something. Given the content of the film, trying blur out some elements is redundant.

Despite these shortcomings, The Island of Giant Insects hits all the right marks in regards to being a grindhouse anime. This is going to be one of those dumb films one is going to watch with friends during a horror film or bad movie night.

From its grotesque violence to the cheesy plot, The Island of Giant Insects hits all the right marks in regards to a quality grindhouse film. It’s not some highbrow work of art but it’s still entertaining to watch for all the right reasons.

Disclaimer: I saw this movie on Crunchyroll (via VRV), which I pay for.

The Island of Giant Insects (Movie) 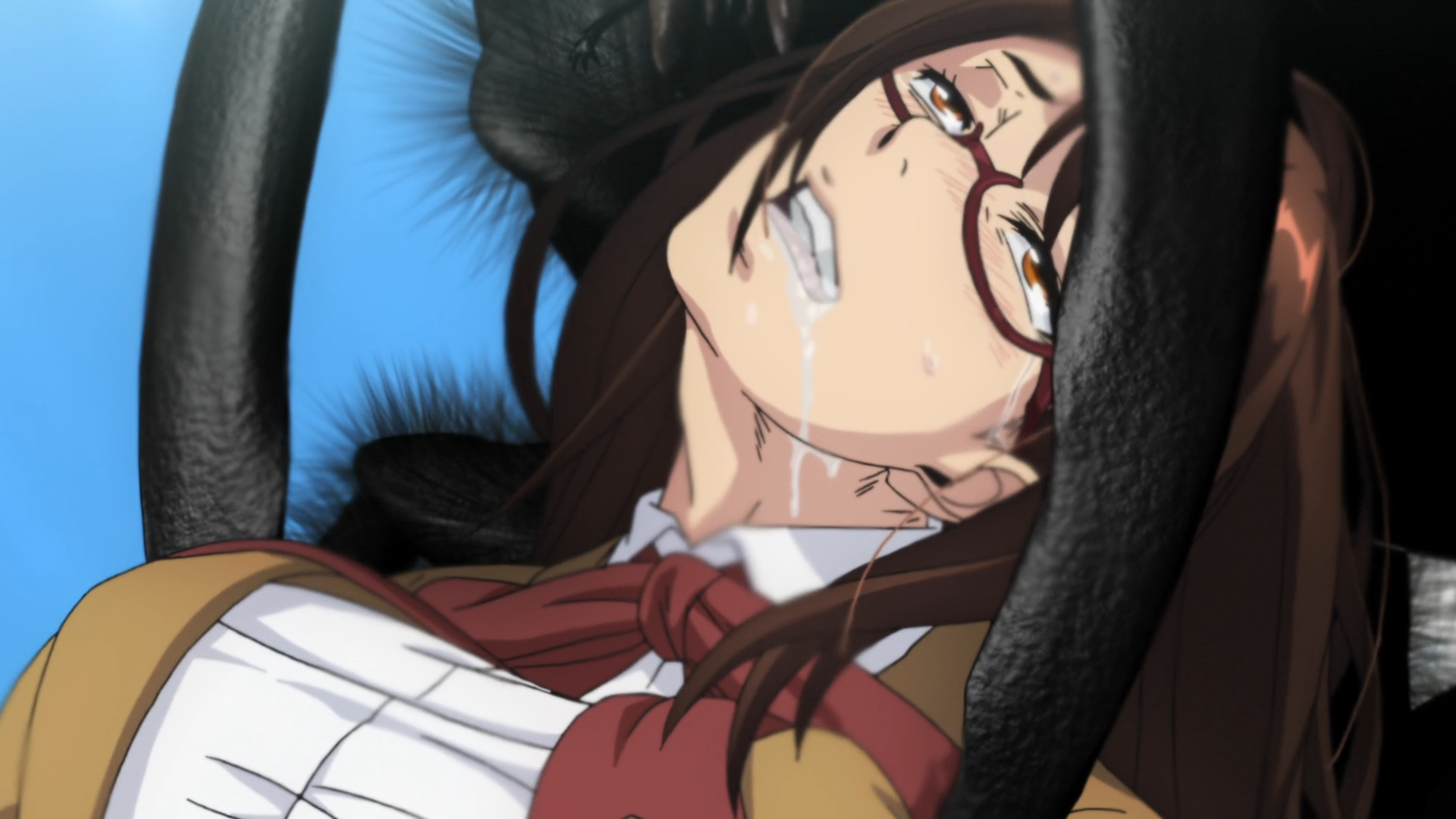