Attack on Titan 2: Final Battle allows fans of the series to comeback now that they could experience the events of Season 3.

This World is Cruel, but it is Also Very Beautiful

It basically follows what Running With Scissors did with Postal 2, release a standard version then release a superior version sometime later. Because Attack on Titan 2 was released back in 2018, this review will only look at Final Battle updates.

We Are The Hunters

Attack on Titan 2: Final Battle follows the events featured in Season 3 of the anime (you could read the review if you missed out). Character Episodes allows players to experience iconic moments from Season 3 as their favorite character like Levi Ackerman, Hange Zoë or Historia Reiss. Most notable about this feature is that players will experience the same moment only form the perspective of a diffrent character.

Story and plot elements is not the only concept from Season 3 that has been brought over to Final Battle. Player will also have access to an armory of new weapons and gear. From the Thunder Spear to the Gatling Gun, players have plenty of weapons available in the war to reclaim Wall Maria.

Unfortunately these new weapons also bring a fair amount of problems as they make the overall experience way too easy. The vertical maneuvering gear and blade required players to time their attack properly while in the heat of the battle. The projectile weapons however make it all too easy

Territory Recovery Mode is hands down one of the best new game modes introduced as it combines the main gameplay with elements of base building and strategic planning. Players take command of a special squad made up of soldiers from different branches of the military who are tasked with reclaiming the territory outside of Wall Rose. Who commands this unit is based on the players personal choice, it could be your story mode character or anyone from the series (I made Mikasa Ackerman my commander).

However I felt the overall combat missions in Territory Recovery Mode lacks verity. Almost every mission requires players to kill an abnormal Titan and rescue your allies. It would have been great if players were tasked to do other actions instead of the same thing over and over.

Finally I should note that the game also suffers from the same problem as its predecessors as the action could get so chaotic that you will lose yourself in the heat of the battle. This is not in a good way but instead due to its performance issues.

Taking Back What Was Stolen

Attack on Titan 2: Final Battle allows fans of the series to either comeback or give the game a chance now that they could experience the events of Season 3. Play as your favorite character during Season 3 or try to reclaim the world beyond Wall Rose, regardless fans will have a good time.

Disclaimer: Koei Tecmo provided the game used for this review. 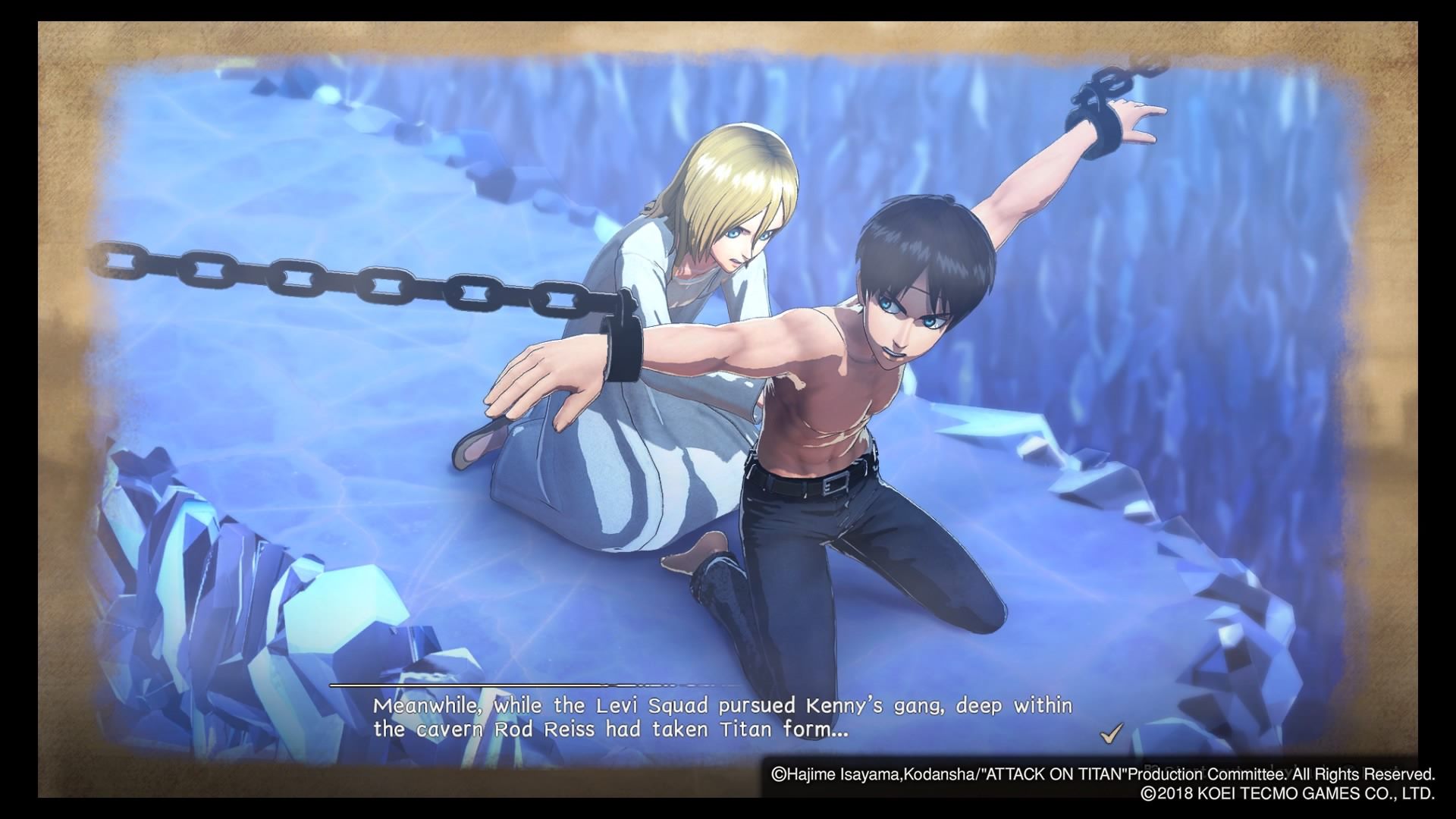