Attack on Titan: Assault bring everything that has made the series an icon to the iPhone in a respectful manner.

The last few months have been a good time for fans of Attack on Titan. Season 3 Pt2. has been solid, a new volume of the manga is set to be released and two game adaptions will be available. The first of these games is Attack on Titan: Assault, a tactical JRPG mobile game.

Despite some obvious issues at first glance, Attack on Titan: Assault is actually a well-done adaptation. It avoids most the mistakes that other mobile adaptions make while also respecting the source material.

Note: This review will not have any Season 3 spoilers.

We Are The Hunters

Following the plotline of the anime, Attack on Titan: Assault has players take control of a squad and battle the Titans (beginning with the Battle of Trost District). Players will have to build a squad (made up of characters from the series), upgrade their skills and deploy them into battle. Levels will have players battling the Titans while along with other tasks.

This is what I would expect from a mobile game adaptation of Attack on Titan and I say this as a positive. In terms of being fun, I only have ended a game because the battery was going to die. In regards to the gameplay, it’s easy to learn but it will also throw a lot of challenges as you progress. It also has the honor of being one of the few tactical mobile games that forces players to think critically and utilize the squad to the best of their ability.

To its credit, Attack on Titan Assault avoids many of the problems seen in mobile games. It doesn’t have the “pay to win” mechanics while also not being pushy about the microtransactions. In the 50 hours I’ve played this game, the only reason I’ve had to end a playthrough was because of low batteries.

Speaking of the menu screen, another issue I have is how cluttered it looks. Besides the basics of character upgrade and playing the actual game, but there is also other options available that are either scattered around or poorly labeled.

Despite these minor shortcomings, Attack on Titan Assault is a solid mobile game that fans of the series are going to enjoy.

This World is Merciless

Attack on Titan: Assault brings everything that has made the series an icon to the iPhone in a respectful manner. It’s a fun game that lets fans take command of their own squad in an attempt to save humanity from the Titan’s.

Disclaimer: This is a free to play game and I got no extra bonuses from the publisher or developer. 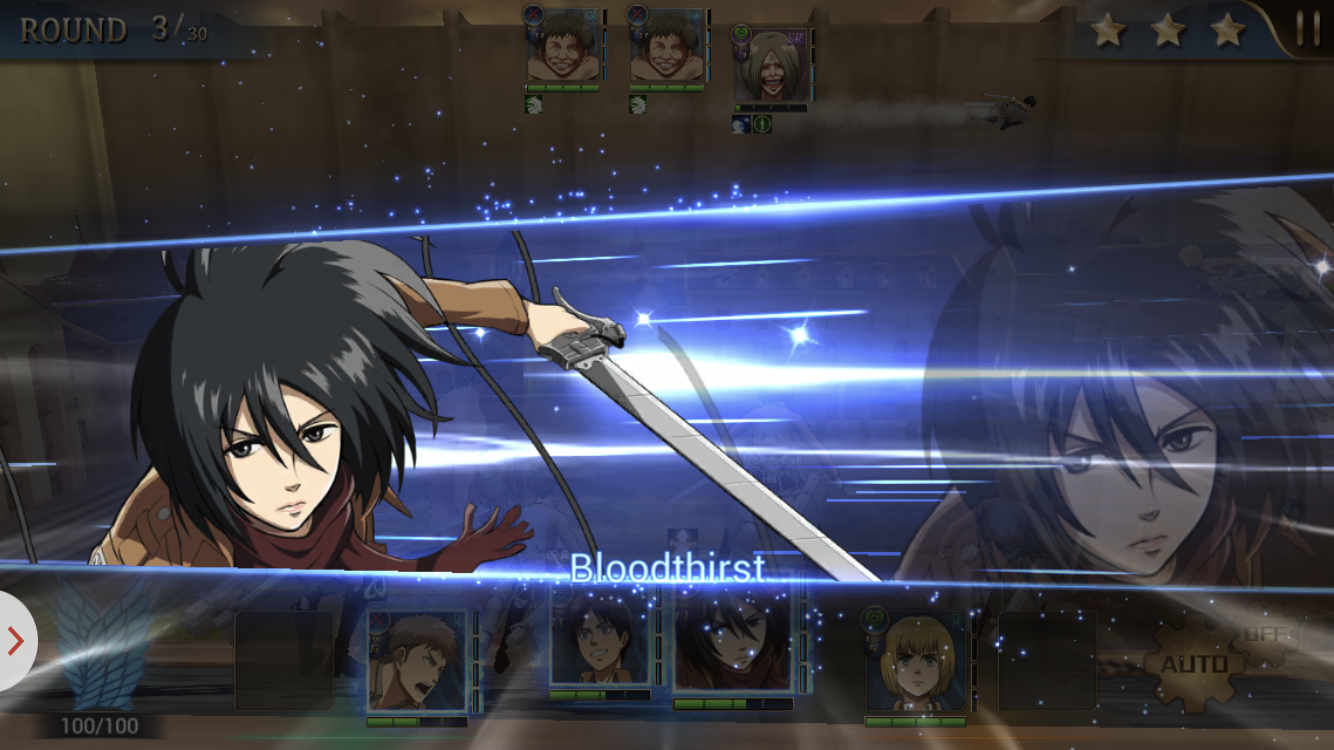