Johnny Weir is Coming Back to Crunchyroll Expo

It has been announced that Olympian and Yuri!!! on Ice fan, Johnny Weir, is returning to Crunchyroll Expo. 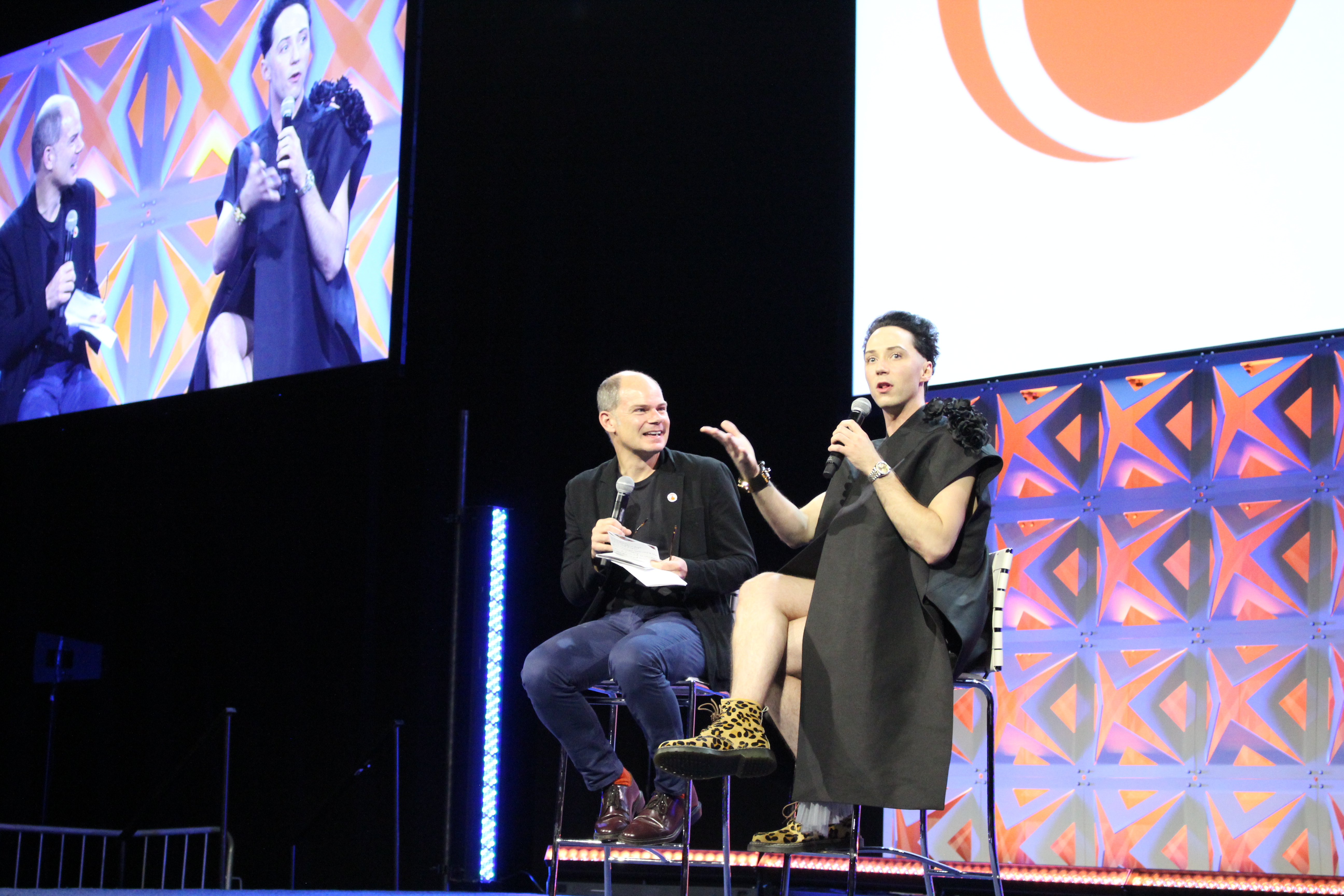 During last years Crunchyroll Expo, one of the most popular and unexpected guests was Johnny Weir. Fans will once again have their love for Yuri!!! on Ice be put to the test by a someone who has lived the same life as Yuri Katsuki.

For those out of the loop – Yuri!!! on Ice is popular anime series that follows the rise of Yuri Katsuki, a figure skating star. Johnny Weir is an American figure skater who has competed twice in the Winter Olympics and having won the bronze medal in 2008. He has also won the bronze twice at the Grand Prix Final and has won the gold three times at the U.S. Figure Skating Championships.

Weir is also a huge fan of Yuri!!! on Ice and has expressed how much he could relate to the life of Yuri Katsuki. During Crunchyroll Expo 2017, he had a panel that discussed the series along with his own personal experience as a figure skater.

He will be joining writer Matthew Luhn, Head of Studio at Crunchyroll and the President of Women in Animation Marge Dean, animation director Atsuko Ishizuka, Clifford Chapin along with Luci Christian from My Hero Academia, voice actress Colleen Clinkenbeard while the event will be hosted by Victoria Holden. More guests will be announced in the months leading up to Crunchyroll Expo 2018.

Correction: An earlier version of this article had Marge Dean listed as Co-President of Women in Animation by mistake. We have corrected the mistake and would like to apologize to Marge Dean for this error.