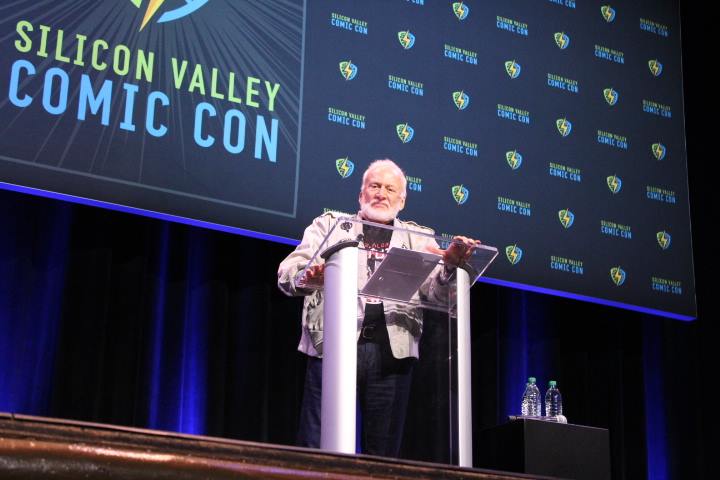 In 1969, Dr. Buzz Aldrin worked to make history when he accompanied Neil Armstrong on the historic Apollo 11 mission to become one of the first people to set foot on the moon. Now an icon in the scientific world and a leader in the need to land on Mars, he shared his vision of the future at Silicon Valley Comic Con 2017.

On the same day and only moments after the March for Science had ended, one of the greatest American heroes shares a vision of humanity working together with the goal of colonizing Mars. Buzz Aldrin: Humanity’s Future in Space was held at the Civic Center at 3:30pm and was open to anyone who had purchased an event ticket along with a VIP pass.

Introduced on stage by Andy Weir, author of The Martian, Aldrin was greeted with the cheers of a packed theater. The panel had attracted an audience made up of science enthusiast, science fiction fans while sitting in the front row was Steve Wozniak.

Aldrin began the panel by asking “were are all the geeks” before introducing himself as a “space geek“. He began by telling the story of how he got involved with NASA and the challenges he had to overcome to become an astronaut. He added a little modern flare to his story by describing his photo taken during the Gemini 12 mission as “the most expensive selfie in history.” After the intro he went straight into how he got involved in the historic Apollo 11 mission along with his contribution to making the trip possible. This is a journey that every American should know by heart but one will be captivated when Aldrin himself is telling the story. 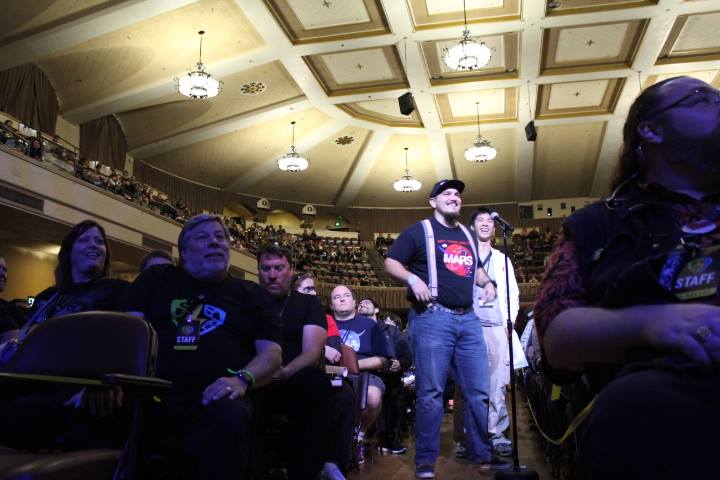 Finally it came down to Aldrin sharing his vision of humanity working together to colonize Mars and expand our influence into the cosmos. He hopes to convince world leaders that if humanity is to continue then it needs to expand into space. Despite private entities and governments working on their own projects, Aldrin feels the two should be working together instead of against each other. The event ends with one simple message, “get your ass to Mars!”

Then came the Q&A moment as fans lined up to ask Buzz Aldrin some interesting questions and to thank him for all he has done. Some of the questions did have political answers to them, Aldrin tried his best to avoid turning the discussion into something political and just pleaded for everyone to be united for a common goal.

This special report is part of 8Bit/Digi‘s coverage of Silicon Valley Comic Con 2017. If you attended the event or comic con, please share your thoughts in the comment section below.