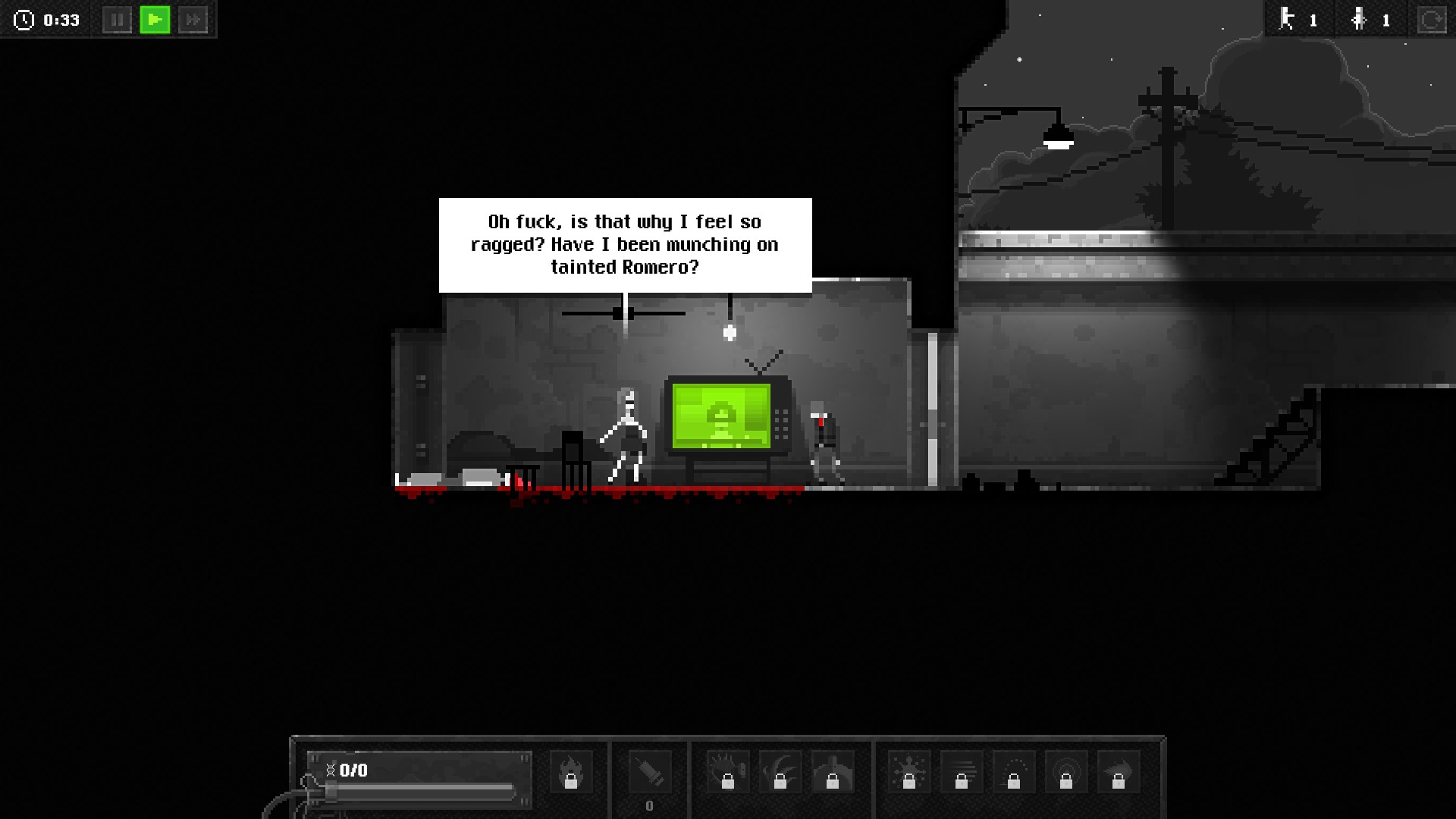 The zombie genre has become saturated as too many games have put players in the role of a hero trying to survive an outbreak. The only way a zombie game could stand out from all the shovelware is that it needs to be truly unique.

Enter Zombie Night Terror, an example of a zombie game that is unique because it offers something new. This is a break from this trend as you are now responsible for spreading the outbreak.

In this nod to classic B-Films, the player is responsible for spreading a zombie virus to wipe out humanity. Organize where the outbreak will begin to lead the hoards through the levels while overcoming obstacles. Think of it as Plague Inc and Stubbs the Zombie got blended together as an 8-Bit game.

The gameplay is mix of both puzzle solving and creative strategy that requires the player to get creative. You are given a verity of zombie virus that you must use to your advantage to overcome the many obstacles of the level.

Adding to the B-Film experience of Zombie Night Terror is the catchy soundtrack that is composed using chiptune. The music has a beat one would be familiar with if they are a fan of 80’s film, especially the work of John Carpenter.

Gamers who have been looking for a new zombie game will enjoy Zombie Night Terror. Rarely has a tittle brought something new to a genre that has become over saturated to the point that the fun has been lost.

Zombie Night Terror is a unique horror strategy games that pays homage to the cheesy zombie B-Films like Return of the Living Dead.