Suicide Squad: Special Ops is the perfect game to help fans survive the long wait until the movies release. 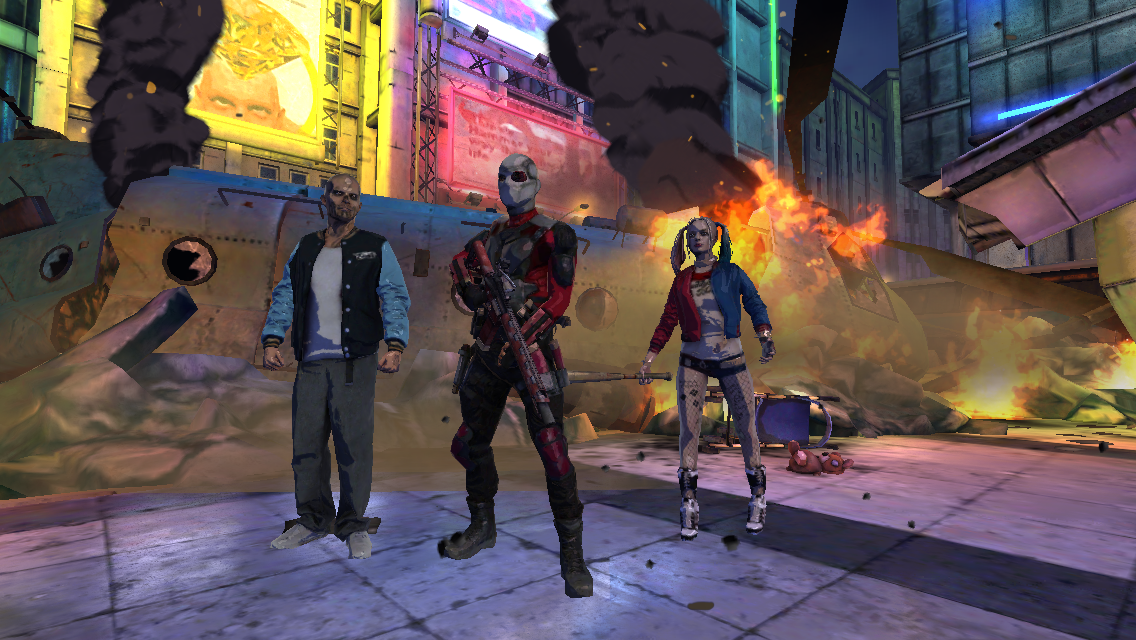 Fans who can’t wait for the release of Suicide Squad next week could kill some time with Special Ops, a simple FPS survival game for the iPhone.

The premise is that the squads helicopter has been shot down and now they need to survive an enemy assault. Players take on the role of either Deadshot, El Diablo or Harley Quinn as they battle waves of humanoid enemies in the city square.

Suicide Squad: Special Ops uses the same gameplay setup as the Dead Trigger series, only without boggling down the fun with all that freemuim content. At the same time, the enemies actually put up a fight while players will also have to overcome a series of challenges.

Players try to hold out in the level by fighting enemies while taking advantage of their characters unique ability. No character offers the same gameplay experience, so players need to pick one that best reflects their preferred combat skill.

Special Ops only drawback is that gamers are only limited to picking three chracters to play with. It would have been nice to play as either Rick Flag, Killer Croc or the other members of the team.

But this is a free game, so its not all bad.

Suicide Squad: Special Ops is the perfect game to help fans survive the long wait until the movies release. It’s a simple shooter that allows fans to play as their favorite comic villain / anti-hero.

Disclaimer: The game used for this review was downloaded at the App Store.