Beat Cop is a police simulator that attempts to recreate the realism of the Police Quest series while also paying a homage to the culture of the 1980’s. 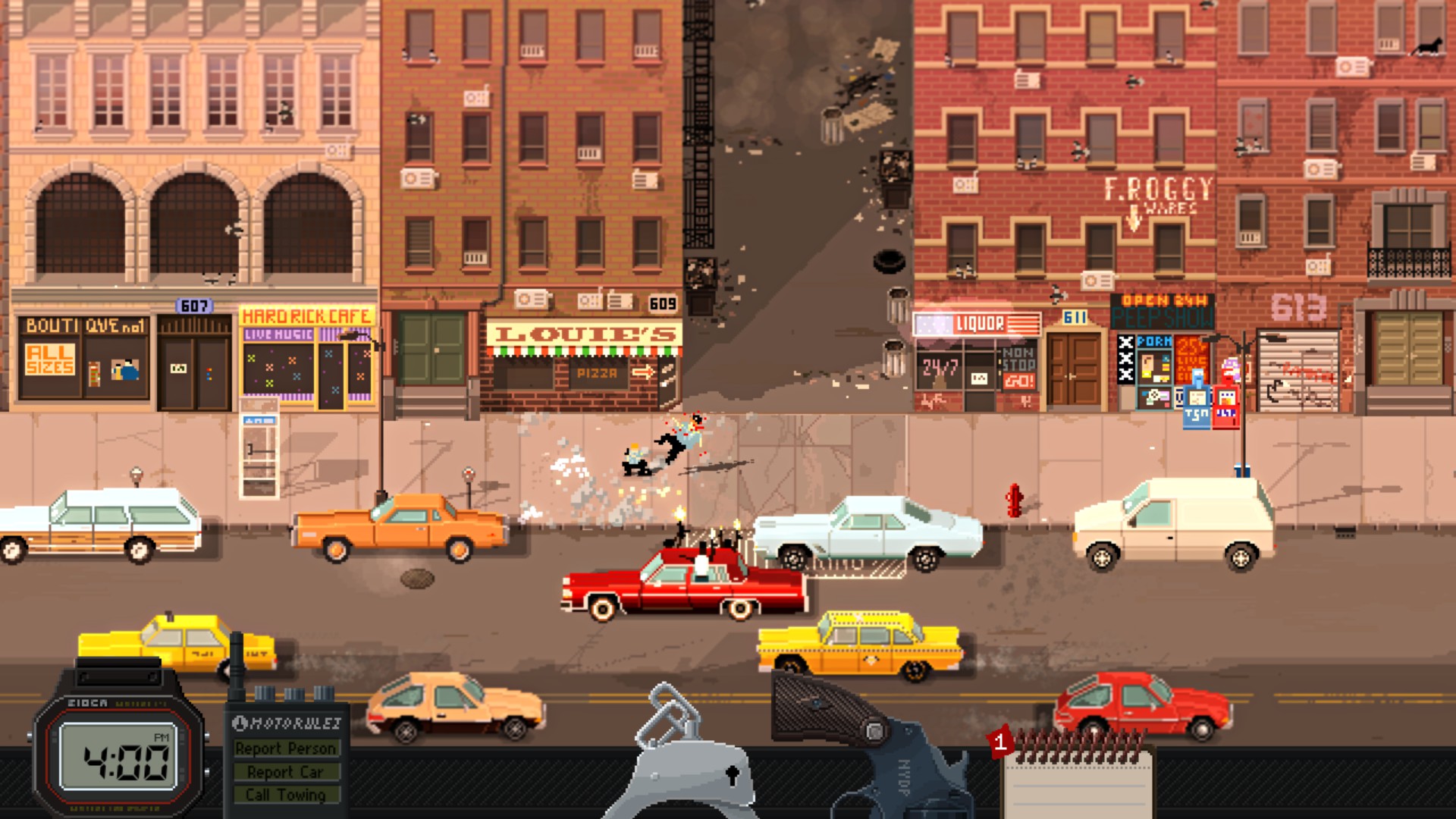 Beat Cop is a police simulator that attempts to recreate the realism of the Police Quest series while also paying a homage to the culture of the 1980’s. The result is an experience that embraces realism along with the Hollywood tropes we all know and love.

I played the Beat Cop beta back in July and have seen the game progress into the experience that is now available at the Steam Store. The game underwent many changes and the end result is an ideal police simulator.

Set in 1980’s New York, players take on the role of Jack Kelly, a detective who has been demoted to the role of a beat cop after botching a major case. His fist day as a beat cop doesn’t go smoothly as he is harassed by his fellow officers, needs to pay alimony and his partner is murdered by the end of the shift. Kelly must track down his partners killer, clear his name, complete a series of tasks while protecting the neighborhood and enforcing the law.

The gameplay is a standard point and click setup while players have to patrol the neighborhood 8:00am until 6:00pm. During that time frame, players are tasked with completing a series of objectives while trying to meeting the ticket quota and investigating a series of crimes. Players must also work to win the trust of the community by building a relationship with the local business, gangs and the mafia. All made complicated by a series of moral choices that will affect this relationship.

Fans of point and click adventures will get into quick while those new to the style will have no problem learning the gameplay mechanics. Beat Cop setup is designed so that anyone could just get into the experience as quickly as possible. The challenge is mostly in trying to balance out your relationship with the community while trying to achieve the tasks of the day.

In regards to the atmosphere, Beat Cop strong point is how it attempts to simulate what it’s like to be a police officer and the politics of working in the streets. Having learned a lot from a few cop friends, the job is nothing like the movies while a lot of it has to do with working alongside the community. It’s also safe to say that a lot of my cop friends will disapprove of a few choices that the player is presented or the language being used.

At the same time, it does try to make the experience uplifting with a sense of humor and nod to 80’s pop-culture. Yet I feel that this attempt at making the game uplifting will at times undermine some of the simulation factors or the tone it was going for.

Beat Cop is an indie police simulator that also attempts to pay homage to the pop-culture of the 1980’s. Fans who enjoyed titles like Police Quest back in the day will want to play this game.