Alter Ego is a unique experience that wants players to explore and discover themselves by walking down a path of uncertainty.

Alter Ego is a game that wants players to discover themselves by walking down a path of uncertainty. In theory this might be interesting and it has been done before with other titles. In practice however it’s all about the delivery, which it fumbles at times.

This is one of those games I stumbled upon in the App Store because it has an interesting description. It takes a lot to make a game that is more about self exploration. Many titles have tried only for it to be overlooked. One could also explore oneself in an RPG but we end up altering our actions based on the outcome.

Winning is not the objective here, it’s about finding yourself. Alter Ego does deliver on everything it promises but at the same time it leaves you unsatisfied. But it’s not in emotional deep way.

Alter Ego is all about you walking down a path of doubt while building your ego. This archived by tapping on the thought bubbles and reading numerous books exploring existential themes (like No Longer Human). Once enough ego has been collected, you have to confront E. After several confrontations with E, players will then have to confront themselves.

The Road of Self Doubt

Honestly; I enjoyed this game but will admit the tap mechanics feel out of place. The problem is that they work great for titles that are suppose to be simple. Alter Ego wants to be something more thought provoking and yet its undermined by simple gameplay mechanics. Thus the game is not really as cleaver as it presents itself to be.

Thankfully your confrontations with E makes up for this shortfall. Here is where the narrative and the gothic art style really shines. Personally; it’s hard to say if you’re suppose to like or dislike E. Her character is one that comes off as being smug in one encounter but then charming during the next one.

The manga style visuals mixed with the gothic design and atmosphere is another aspect one has to admire. In regards to the visual design, this was the best choice that could be made. It truly adds to the mode of the overall experience that the player is suppose to have.

However one thing that can not be overlooked are the intrusive ads that hamper the experience. I understand that this is a free to play game that needs to make money. Yet that is not an excuse for placing ads in the worst possible spots.

This is one of those games that is very conflicting. It gets the visuals design and narrative aspect right. However it undermines itself with the tap mechanics and intrusive ads. Since it’s a free to play mobile game, there is no serious harm in giving a try.

Alter Ego is a unique experience that wants players to explore and discover themselves by walking down a path of uncertainty. It has so many shortcomings but what makes it unforgettable compensates for this. 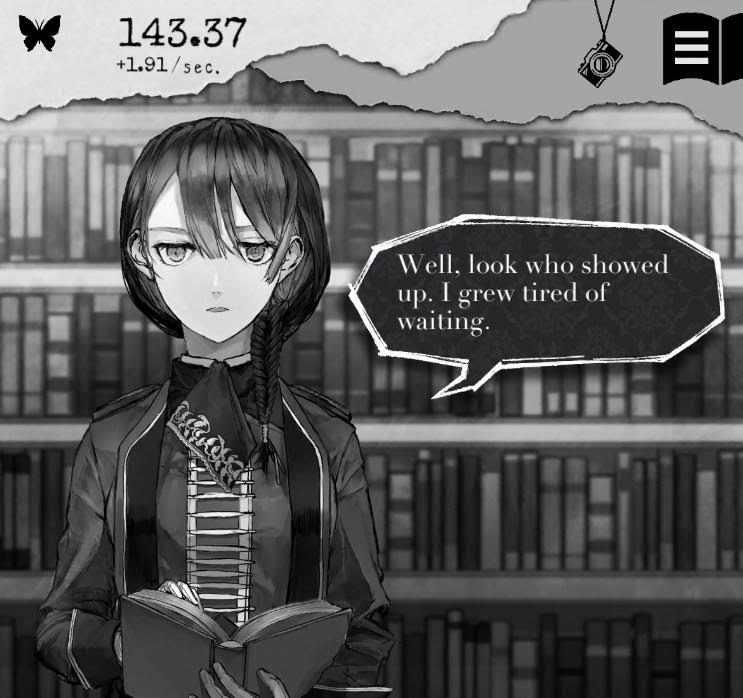