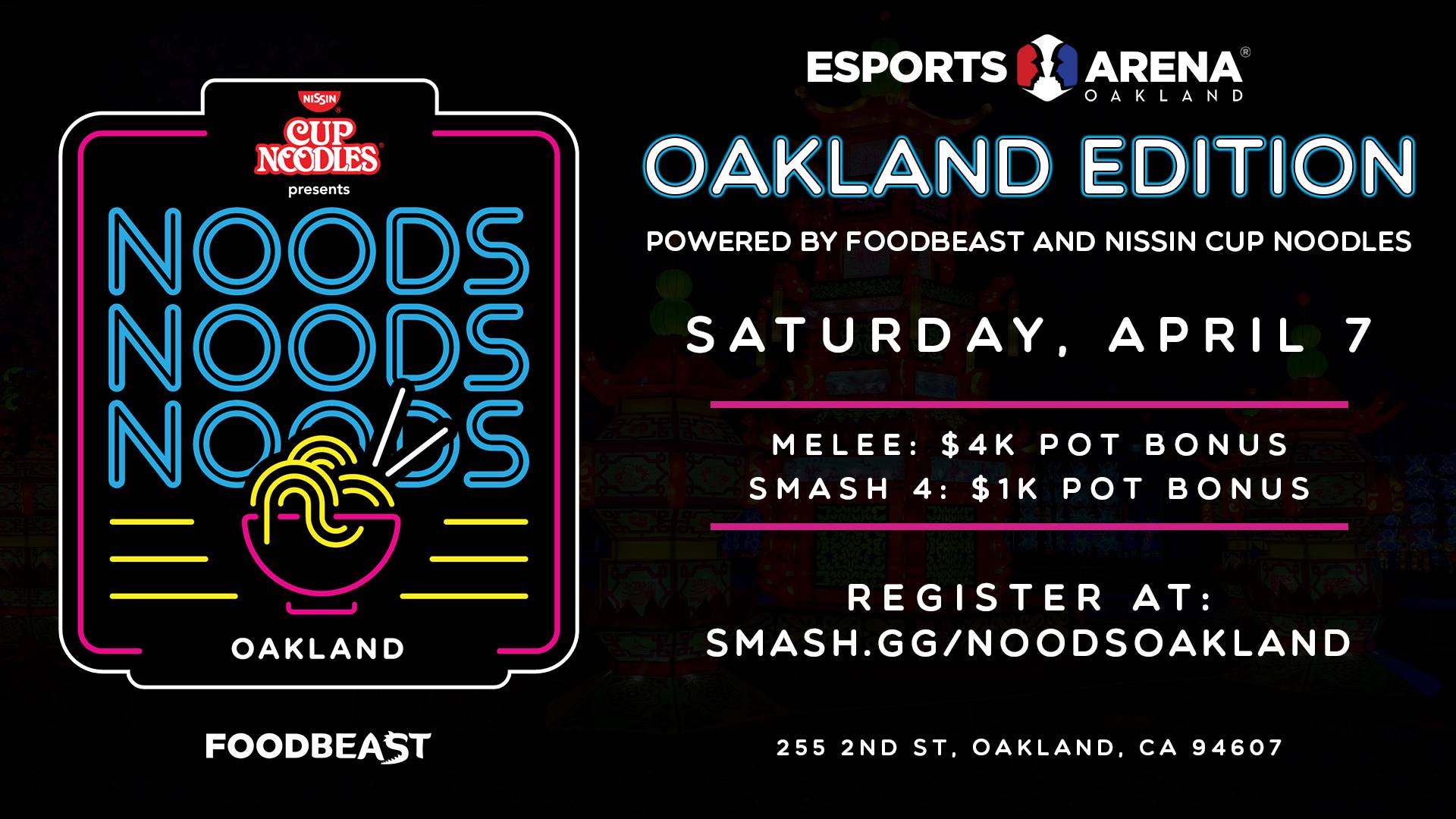 If you enjoy watching a game of Super Smash Bros. while enjoying some tasty food then your in luck as Noods Noods Noods is coming to the Bay Area.

Following its success in Southern California, Foodbeast and Nissin Original Cup Noodles are bringing Noods Noods Noods to the Bay Area. This is a unique festival that combines the fun of an eSport tournament with the festivities of a food festival.

The event is set to take place alongside the grand opening of Esports Arena Oakland on April 7th. In a press release that was made available, CEO Tyler Endres has stated the following,

“NOODS NOODS NOODS is an incredible event because it brings two very popular worlds together – video gaming and food. The festival will showcase the skills of some of the best chefs and gamers in the Bay Area, and is the perfect event to introduce Oakland to the Esports Arena experience.”

Tickets for Noods Noods Noods are on sale now, its $60 for all you can eat (and drink) or just a simple $10 entrance fee. More information will be made available in the weeks leading up to the event.