From creating new genres to raising the bar in story telling, a look into how the Metal Gear series has redefined gaming. 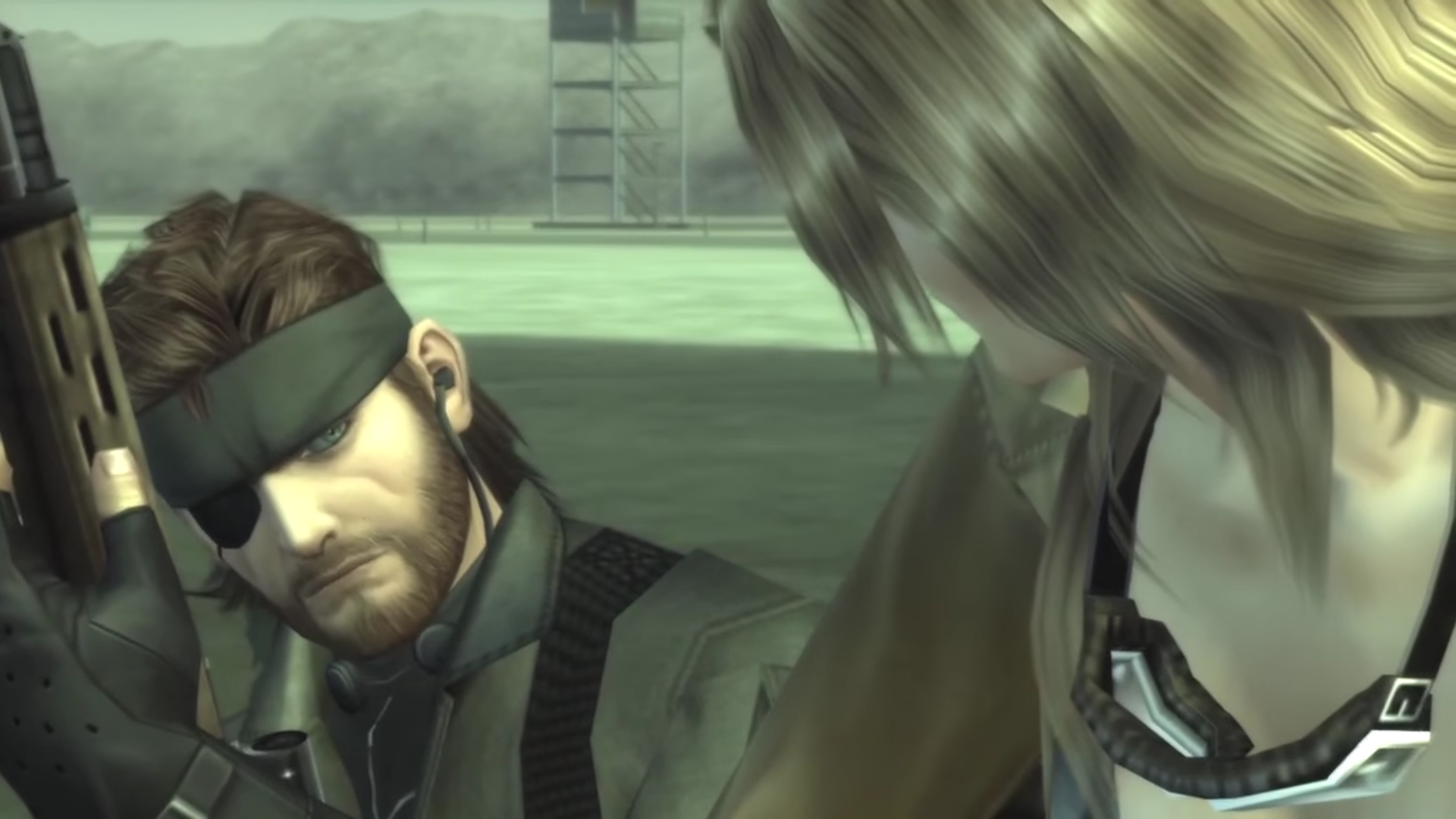 July 13 marks the 30th anniversary of when Metal Gear was first released on the MSX and thus establishing one of the most groundbreaking series in gaming. During his fulfilling career in the industry, Hideo Kojima has introduced gamers to an unforgettable journey and introduced them to some of the most iconic characters.

Yet a series as iconic as Metal Gear has also the potential influence to redefine the concept of gaming. In an attempt to bring a unique experience with each entry, Kojima has used the series as a platform to either raise the bar for the medium or create new sub-genres.

This is an in-depth look into how the Metal Gear series has redefined and influenced gaming. 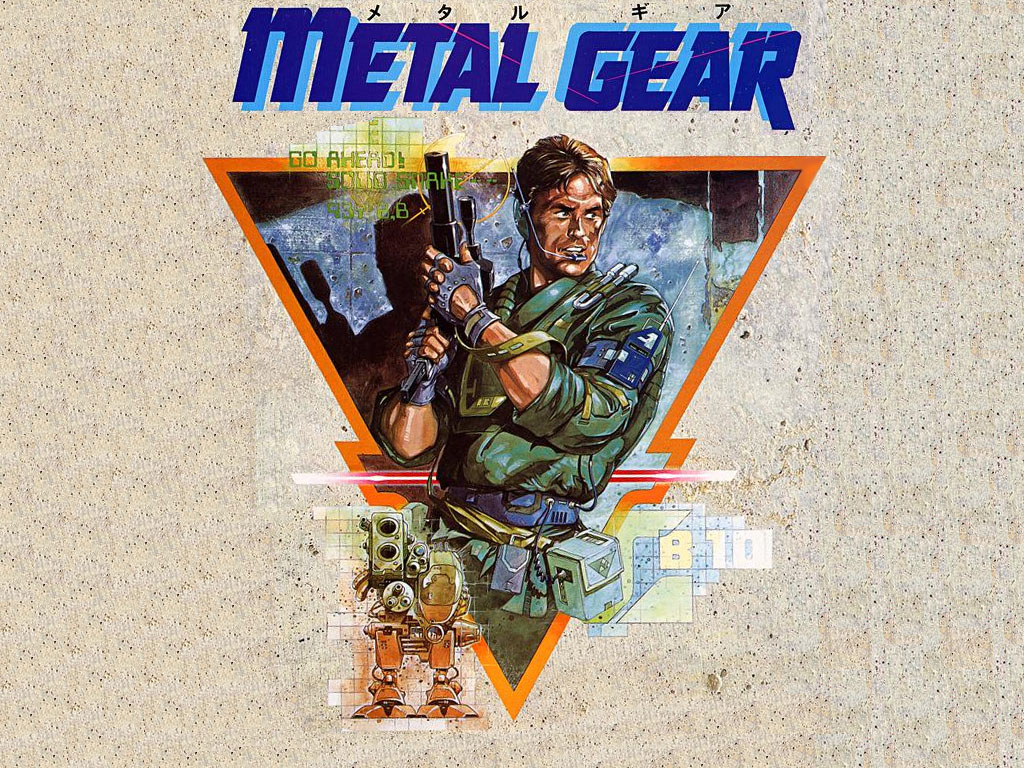 Let’s start with the obvious, Metal Gear for the MSX2 created the stealth action, a genre that requires players to avoid combat and outmaneuver the enemy. During its development, Hideo Kojima wanted to create an action adventure but the hardware limitations of the MSX2 made this impossible. One of the issues caused by these limitations was that only two enemies could be on the screen at once or the game would crash. To get around this issue, the gameplay was reworked so that players had to sneak around the enemy and avoid combat.

Kojima would revisit the genre again with Metal Gear 2: Solid Snake and perfect it with Metal Gear Solid. The genre’s popularity would start to grow as other franchises like Thief, Hitman and Tom Clancy’s Splinter Cell would come along and add their own contribution. Despite being adopted by other franchise or incorporated as a gameplay element in other titles, Metal Gear will also be associated with the genre. 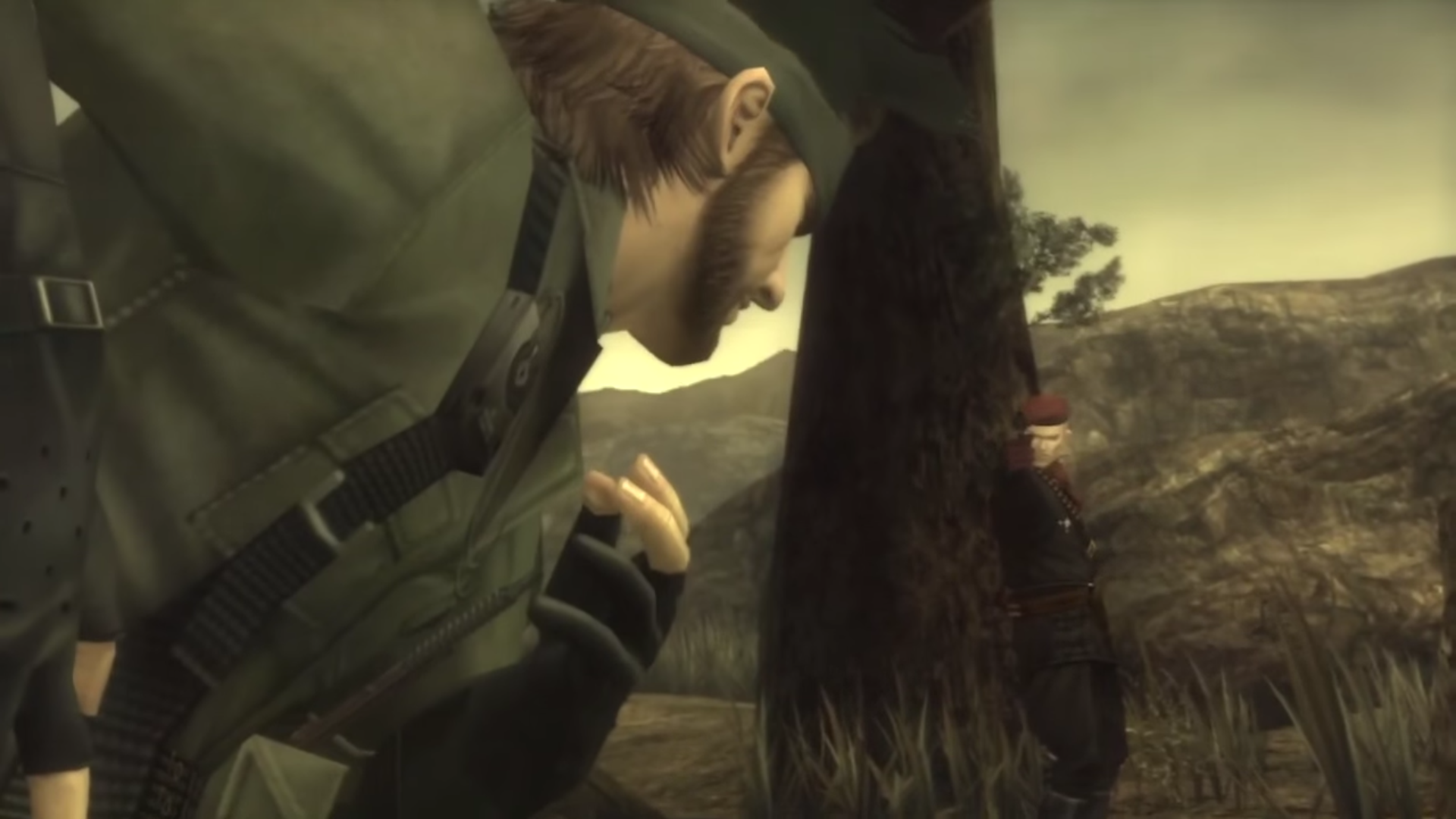 4. Snake Eater set the Foundation for the Survival Genre

Survival games are a unique genre that requires players to overcome challenges by using the limited resources available and adopt to the environment. The genre has grown in popularity thanks to tiles like ARK: Survival Evolved, The Forest, Don’t Starve and This War of Mine that offer players a unique experience. This is a genre that pushes players to the limits and it owes its existence to Snake Eater.

Metal Gear Solid 3: Snake Eater offered players a new experience while preserving what has defined the stealth action genre, the result was the foundation for what would become the survival genre. Players are not only required to avoid combat while evading the enemy but it also required them to adopt to the environment. This means players will have to acquire their resources in the wild while also overcoming the challenges of the terrine.

The need to surviving using the environment would become the foundation for a new genre. During the Seventh-Generation, titles like Fallout: New Vegas and State of Decay embrace this need to survive while indie developers introduced their own unique experience. All of these titles would feature a gameplay that used the setup of Snake Eater as the foundation for their game.

Military science fiction is not a new concept in gaming as many titles have borrowed from classic works like Starship Troopers by having players fight in a conflict set in the distant future. Kojima however took players to a futuristic conflict that is closer to our current era with a moral perspective that was born in the aftermath of the Iraq War with Metal Gear Solid 4: Guns of the Patriots.

Guns of the Patriots takes gamers to a dystopian future that could only be described as Dwight D. Eisenhower’s worst nightmare having come true. Old Snake must once again save the world from Liquid Ocelot, who is plotting to take control of the worlds military by hijacking the Patriots system. It’s a future were war has become a routine, PMC’s have an army that rivals a national military, the battlefield has been dominated by mech’s and computers while the actions of the soldier are being controlled through nano-machines.

Kojima took a big risk but succeeded in creating another hit while also setting the foundation for a new style of Military science fiction that was more connected with our world. It started with Call of Duty: Black Ops II that questioned our over dependence on technology on the battlefield while Crysis II looked into using ethically untested military technology. Finally, many of these games took a hard stance against the rise of PMC’s with the most notable examples being Tom Clancy’s Ghost Recon: Future Soldier and Call of Duty: Advanced Warfare.

2. The Series Raised the bar in Story Telling

Metal Gear along with Metal Gear 2: Solid Snake were not just ahead of its time with the gameplay but also in-regards to storytelling. Gaming was in its infancy during the late 80’s and early 90’s, hence having a solid narrative and strong character development would have to take a backseat to gameplay innovation. Kojima would buck the trend and present an unforgettable story.

By the mid-90’s, the concept of story telling would begin to evolve with titles like Resident Evil, Final Fantasy VII and Fear Effect. However Kojima would one up everyone in 1998 with his first major magnum opus. Metal Gear Solid was one of the best written for a game at the time and would once again raise the bar for storytelling. The game stood out for the level of emotional depth that was presented with each character while also engaging players in a multilayered story.

Kojima’s true masterpiece in storytelling would be with the release of Metal Gear Solid 3: Snake Eater in 2004. This was a prequel to the series as it saw how Big Boss would go from an all American hero to a wayward solider looking  to free himself from the clutches of politics. It was a classic espionage story with some of the most unforgettable characters and a twist nobody saw coming. The game was a hit while its story continues to be ranked as one of the best in gaming (rivaling Spec Ops: The Line and The Last of Us).

However not all games in the series have had an iconic story as several have been criticized for being weak or having so many issues. Sons of Liberty had a very confusing story while The Phantom Pain had so many plot holes and lacked a proper conclusion. 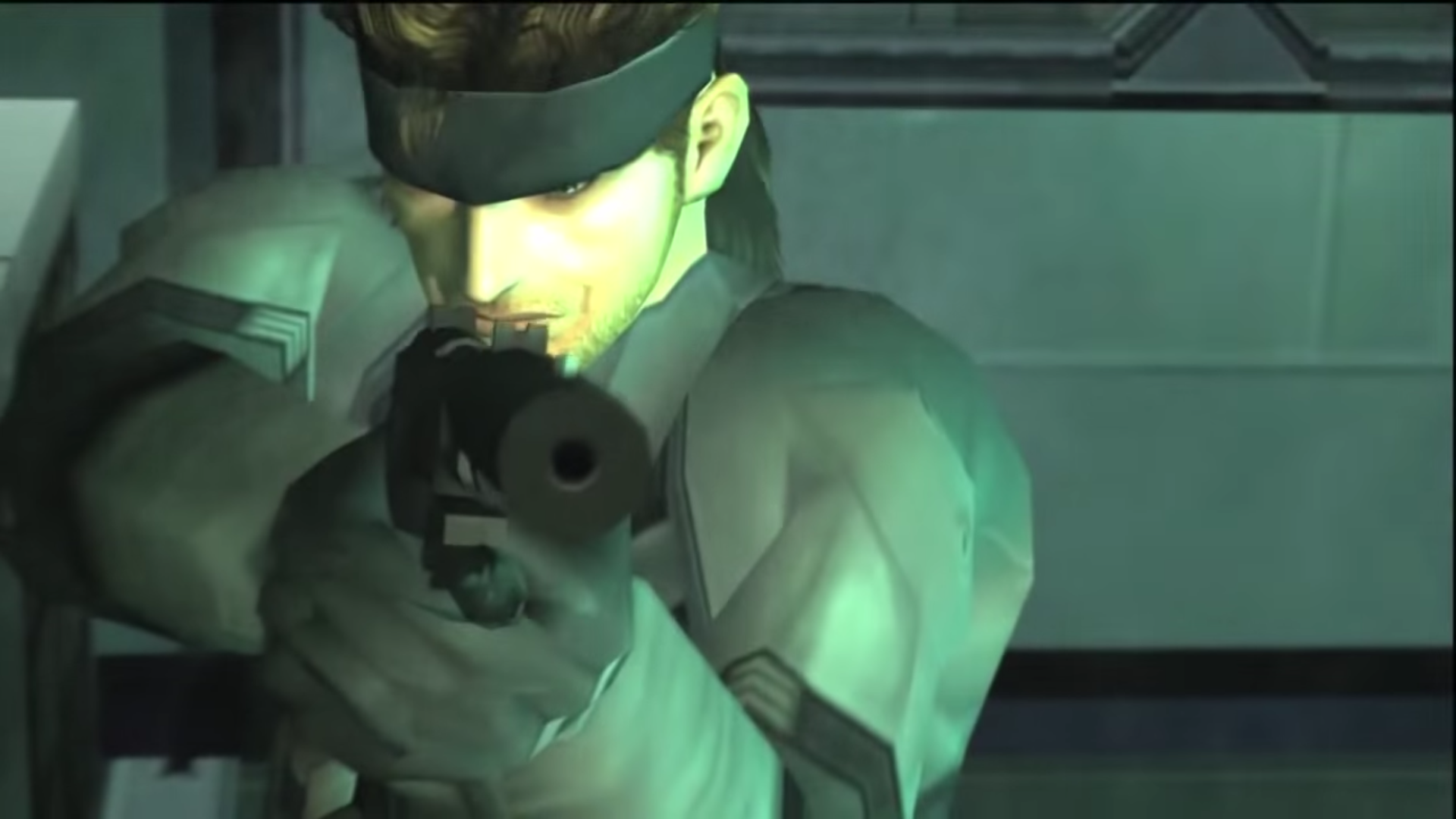 PlayStation 2 is the most successful console in history having sold over 155 million units in its lifetime, acquiring one of the largest gaming selections while having lasted through two gaming generations. When gaming fully entered the Sixth-Generation era in 2001, the Dreamcast had exited the market while Sony had several months of no competition before the Xbox and the GameCube entered the Console War. Even with a head start along with almost no competition, the PS2 also had one more advantage and that was the most highly anticipated game of the year, Metal Gear Solid 2: Sons of Liberty.

Following the success of Metal Gear Solid for the PlayStaion, Sons of Liberty became the most highly anticipated game of 2001. Gamers wanted to once again take on the role of Solid Snake and save the world from a nuclear threat. Its premier at E3 was one of the most talked about gaming moments of the year while major publications were running front page in-depth articles on its progression. Basically if you were to ask any gamer in 2001 why they got a PS2 and the answer would have been Sons of Liberty.

Kojima pulled one of the most brilliant marketing strategies along with one of the biggest twists in gaming. Fans were excited to once again take on the role of Solid Snake only to discover that they will be playing as Raiden for most of the game. However this backfired as Raiden was not a likable character as he was consistently whining about everything that is going on. As a result, Sons of Liberty has one of the most polarizing legacies in gaming.

It’s biggest impact to gaming will always be helping the PlayStaton 2 win the console war during the Sixth Generation era. Despite its mixed reaction from gamers, enough of them had already bought a PS2 which allowed them to also play other exclusive titles like Grand Theft Auto III and Medal of Honor: Frontline. This boost allowed other developers to either sign an exclusive deal with Sony or have their titles released first on the PS2. As a result, the PS2 would go on to become the best selling console of all time while surviving all the way through to the end of the Seventh Generation era. All this was made possible thanks tot he hype that was build for Metal Gear Solid 2: Sons of Liberty.