8Bit/Digi was at the Virtual Reality Developers Conference 2017 and these were the interesting highlights from the convention. 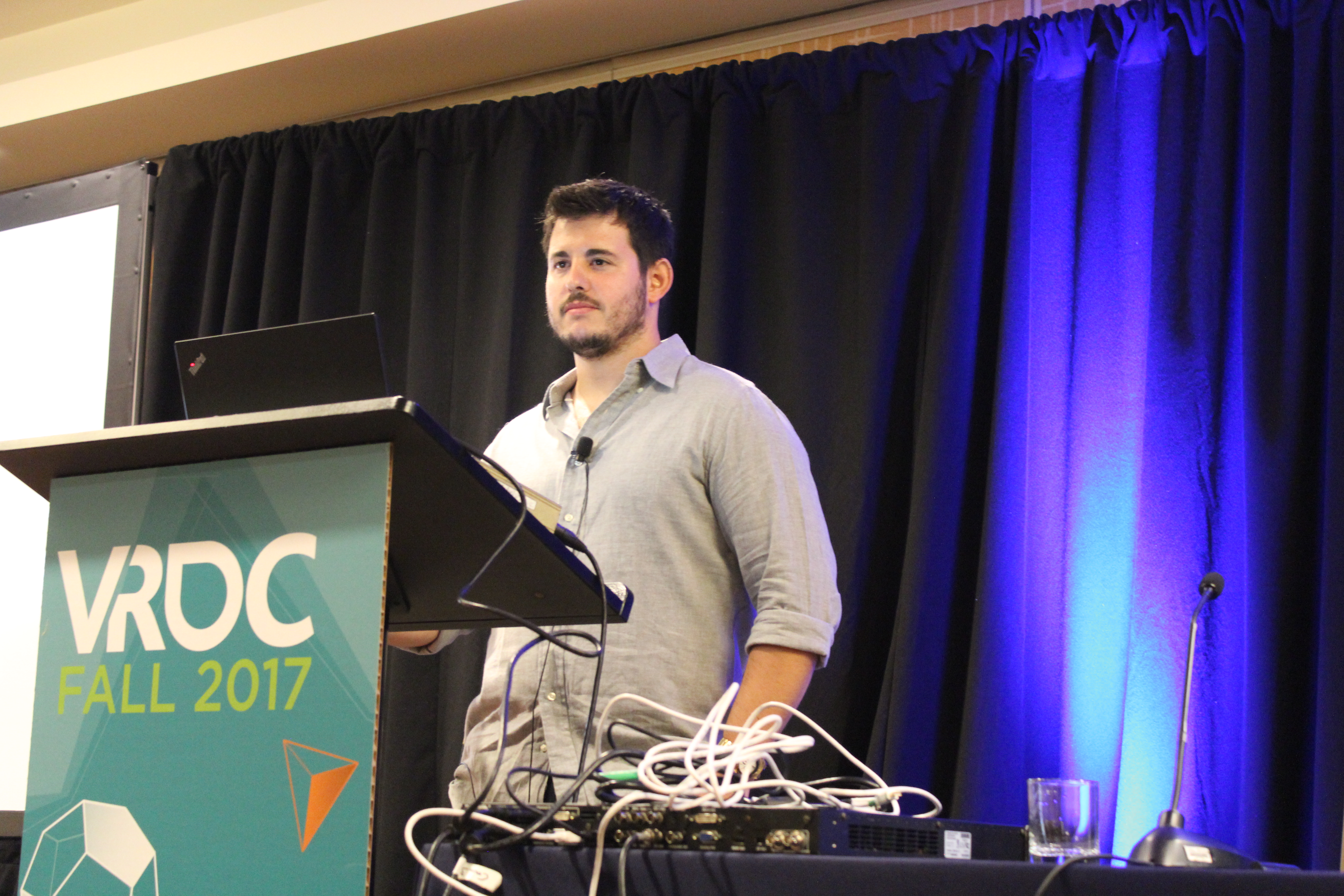 This two day event at the San Fransisco Hilton was an opportunity for professions to share their wisdom, for companies to show what they have accomplished and for VR enthusiast to learn about the technological advancements that are being made. 8Bit/Digi was present during the VRDC and these are the highlights from the conference. 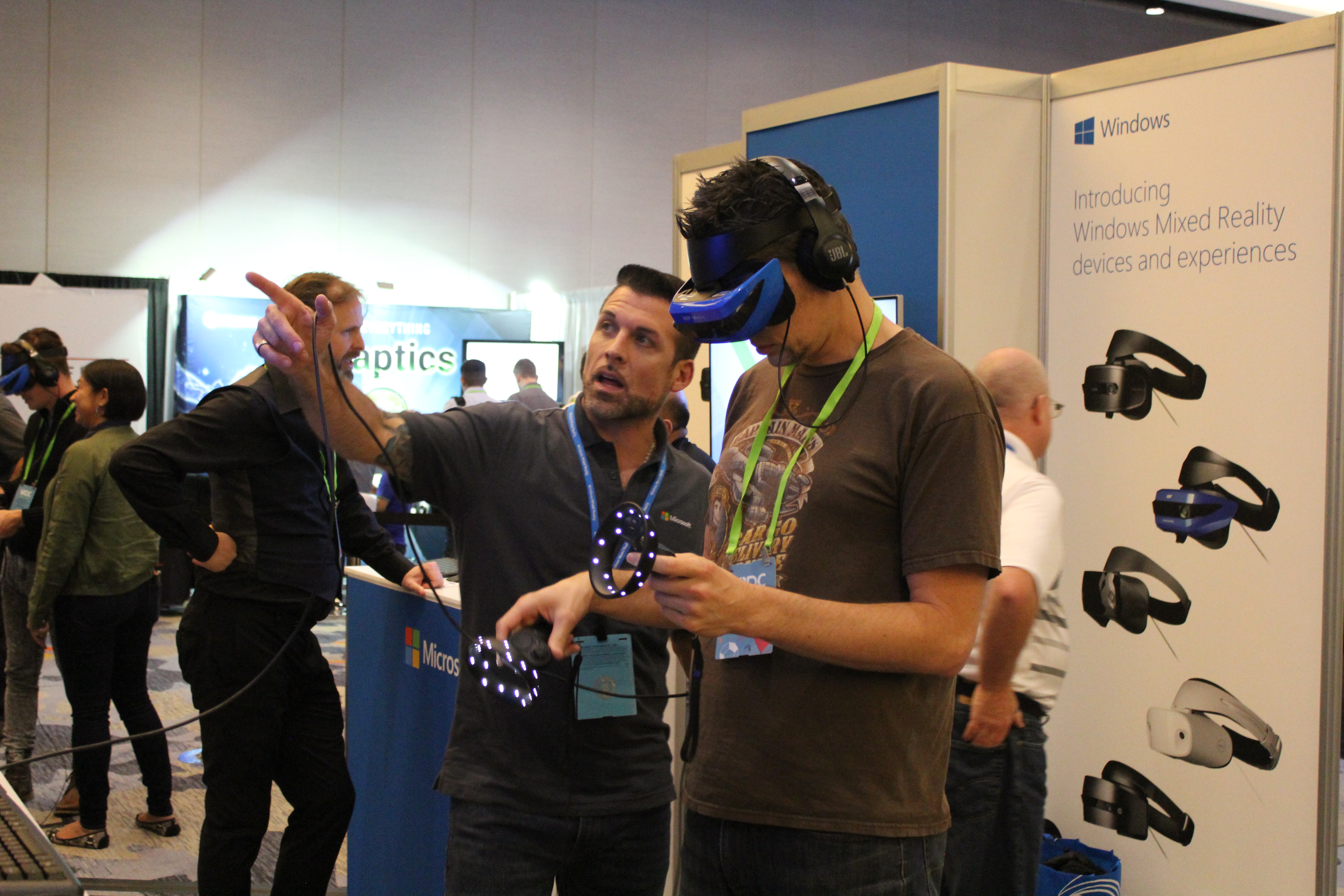 The expo floor had a good number of vendors who were available to demonstrate a verity of uses for VR and AR. Most of them were demonstrating their VR or AR games but a few were also showcasing the technology involved.

Following their panel on advertising in video games, the team at Anzu.io had a booth set up to offer a more comprehensive look into how their system could help developers monetize in-game advertising. The team had a special video set to demonstrate the system while also ready to answer any questions anyone had,

StereoLabs was demonstrating how ZED could be used to create the ideal AR experience. From blasting evil robots to being one with the Force, this team is leading the evolution of AR technology.

Making video game (especially VR titles) is not easy and some times developers will need help. IncrediBuild is the team responsible for streamlining the development of your favorite games. 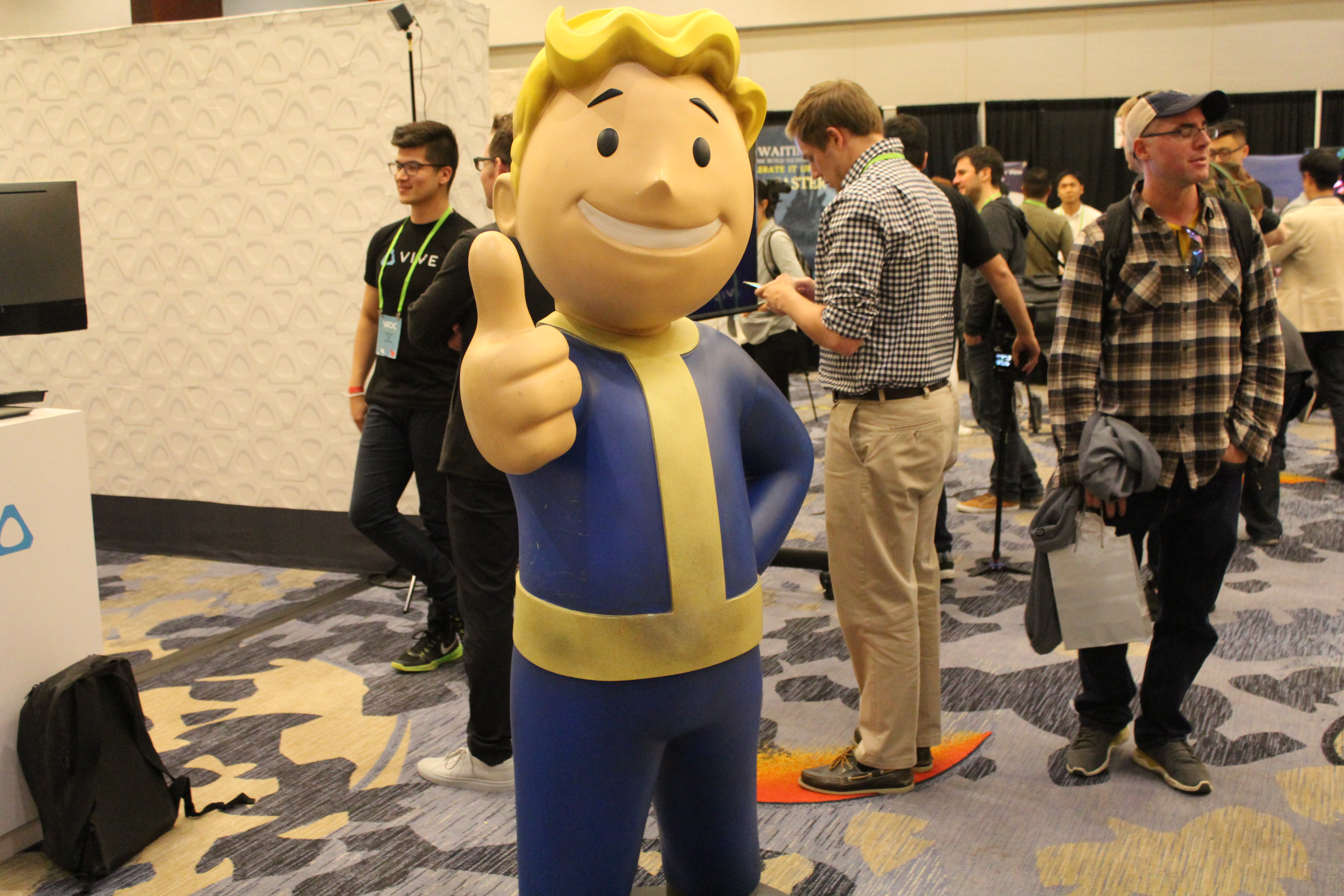 VR games dominated the expo floor, so it only makes sense to reflect on some of the amazing titles I got to checkout. This is not a complete list since I was not able to play everything available.

Fallout 4 VR was a sample of what fans could expect in a VR version of the Commonwealth Wasteland. Players start at the Red Rocket truck stop outside of Concord and must save Preston Garvey at the Freedom Museum.

Doom VFR is basically what you would expect, a fast paced shooter with all the action being in your face. The demo has players take on the role of UAC Director Samuel Hayden who must activate power to the his section of the facility.

Skyfront was a unique experience that combined a zero gravity environment with the fast paced action as seen in Call of Duty. Players use a gravity gun in one hand to move around the map while using a weapon in the other to battle an opponent. The game will be coming out this week for Steam Early Accesses. 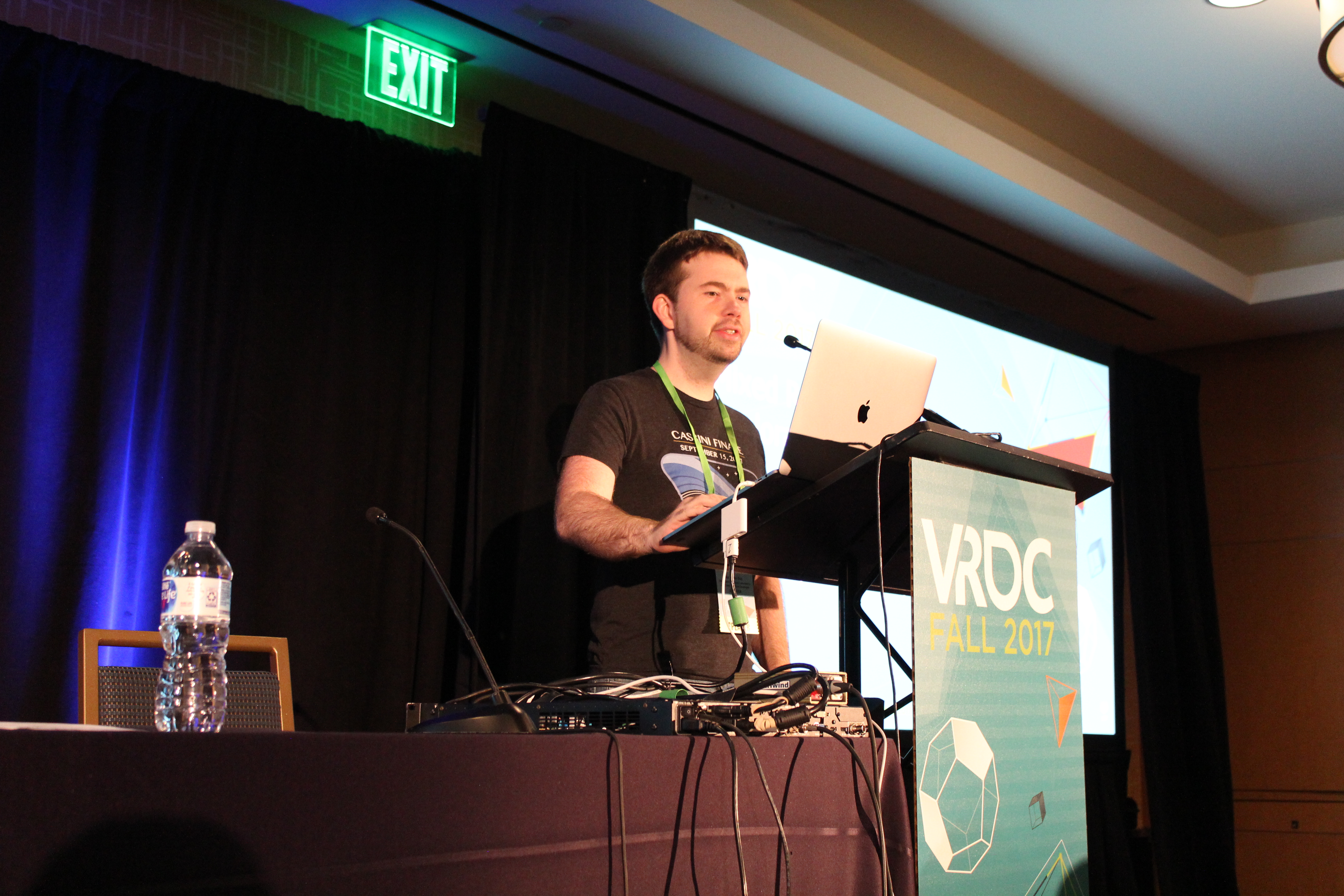 Industry conventions are mostly about learning about the new trends along with what to expect in the future. VRDC organized a series of panels that discussed a verity of topics given by pioneers and industry insiders about how VR technology is making the world better.

Mixed Reality for Space Exploration featured Nat Guy demonstrating how VR and AR technology is being used to prepare NASA for future space exploration. The panel looked at how VR is being used to reduce the cost and risks associated with building new space crafts followed by how NASA could better study Mars with AR technology. Other benefits noted was how VR could better train astronauts in overcoming situations during their mission.

‘Rick and Morty: Virtual Rick-ality’ Postmortem: VR Lessons burrrp Learned featured Devin Reimer and Alex Schwartz from Owlchemy Labs discussing the lessons learned in developing their game (Spoiler Alert: it was not all about “Getting Schwifty”). With the emergence of VR gaming, this panel was an insightful look into the challenges and problems that the team had to overcome just so gamers could get “Rickety-Rickety-Wrecked Son!”

VR and AR Monetization Done Right: The Time is Now! was an inside look at how Anzu.io plans to revolutionize advertising in video games. Ben Fenster demonstrates the missed opportunity of advertising in games while demonstrating how Anzu.io system could be used as way for developers to monetize from in-game ad revenue without hindering on the gaming experience.

Livestreaming VR Games: ‘SUPERHOT VR’ and ‘Surgeon Simulator: Experience Reality’ looks at how VR gaming is going to change the concept of streaming. Dan Rubenfield and Brett Holton of VREAL explain how they are working to bring the world of VR gaming to the audiences of Twitch and YouTube.

By 6:00pm on Thursday, everyone gathered in the hall outside the Expo floor for some food and drink along with a chance to mingle with each other. This was more of an opportunity for people to network and meet others who share a similar interest.

Did you get a chance to checkout the Virtual Reality Developers Conference 2017? If so then please share your experience or thoughts in the comment section below.

Disclaimer: VRDC provided us with press passes to cover the event.