How World War II shooters are making a comeback in 2017

World War II titles once dominated the war shooter genre as gamers could not get enough of Nazi killing action. Titles like Medal of Honor, Day of Defeat, Call of Duty, Brothers in Arms and Battlefield took players back to war torn Europe with the tasking of saving the world from Nazi tyranny. However its popularity began to decline and before the decade was over, very few titles would take gamers back to their finest hour.

Yet the announcement of Call of Duty: WWII is part of a growing trend in 2017 in the industry that wants to take gamers back to World War II. If Activsion is able to re-spark an interest in the acclaimed series, could more World War II shooter be on the horizon?

The Birth of Shooters

The gaming worlds love of killing Nazi’s began when John Romero, John Carmack, Tom Hall and Adrian Carmack created the fist-person shooter genre with the release of Wolfenstein 3D in 1992. The game introduced players to B.J. Blazkowicz, an American commando who must fight the Nazi’s in the titular castle and stop the evil Robot Hitler. The game was a hit and lessons learned were influence in the development of iD Software next greatest title, Doom.

It was during this time that iconic shooters like Doom, Quake, and Unreal set the foundation for the genre. As the 90’s came to an end, developers wanted to expand on the genre beyond mindless shooting. This gave rise to more intellectually driven titles like Tom Clancy’s Rainbow Six while titles like 007 GoldenEye established the genre for the console gamers. Yet the foundation for today’s military shooters would come from an unlikely visionary, acclaimed director Steven Spielberg.

Steven Spielberg became a life long gamer after playing Pong during the filming of Jaws and had always wanted to make a game of his own. He began this passion project as a tie-in game for Saving Private Ryan but it had to put on hold due to difficulty of the film. Once filming had ended, Spielberg would reunite the team for a new World War II themed shooter that would be re-branded as Medal of Honor. 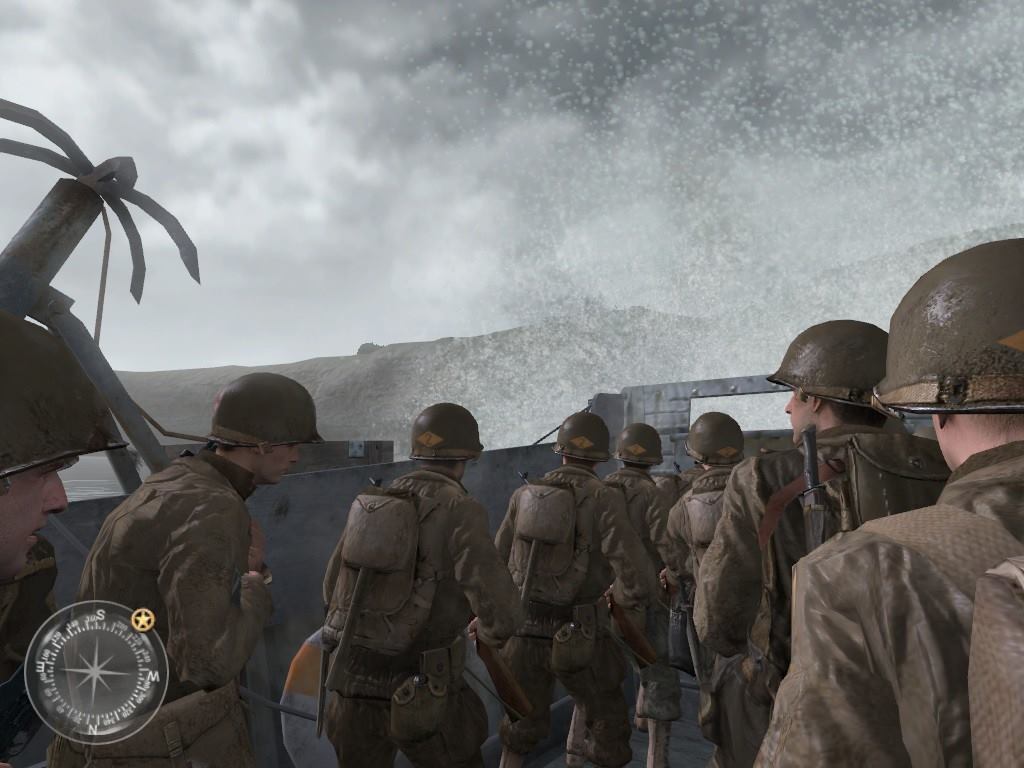 The War on Terror and WWII Shooters

By the start of the 21st Century, there was high hopes for a better world. Instead we entered the War on Terror following the 9/11 attack. As a society, we needed guidance during these dark times and so we looked to the past. Hence it was no coincidence that World War II shooters were at the height of their popularity during this time.

World War II had always been romanticized as the ultimate real life struggle of good vs. evil. Adolf Hitler and his Nazi war machine have steamed rolled across Europe and North Africa while the Empire of Japan was doing the same in Asia. It was a dark era as the free world had been pushed into a corner with little hope. However when Japan attacked Pearl Harbor and forced America into the world, the country was united under the cause of liberating the world from Fascism. In the end, the United States of America became a symbol of good after it vanquish the great evil with the arsenal of Democracy.

That is how Americans during the 2000’s saw the War on Terror, radical extremists were were spreading their terror around the world and only Democracy could vanquish this evil. President George W. Bush did not sell this war as one that was Christianity vs. Islam but as Democracy and Freedom vs. Tyranny. This lead to a boom in military themed entertainment with titles like Medal of Honor or Call of Duty being the winners during this era.

However as the Iraq War grew more unpopular, audience started to lose interest in war movies while the shooter genre had become saturated with World War II titles. Then the military shooter genre changed in 2007 with Call of Duty 4: Modern Warfare, a more complex title that was set in our modern world. The game redefined the shooter genre and soon other franchises were abandoning the World War II setting or were borrowing its gameplay mechanics. It was also no coincidence that the last major title to be set during World War II, Call of Duty: World at War, was released in 2008 during the last months of the Bush Administration. 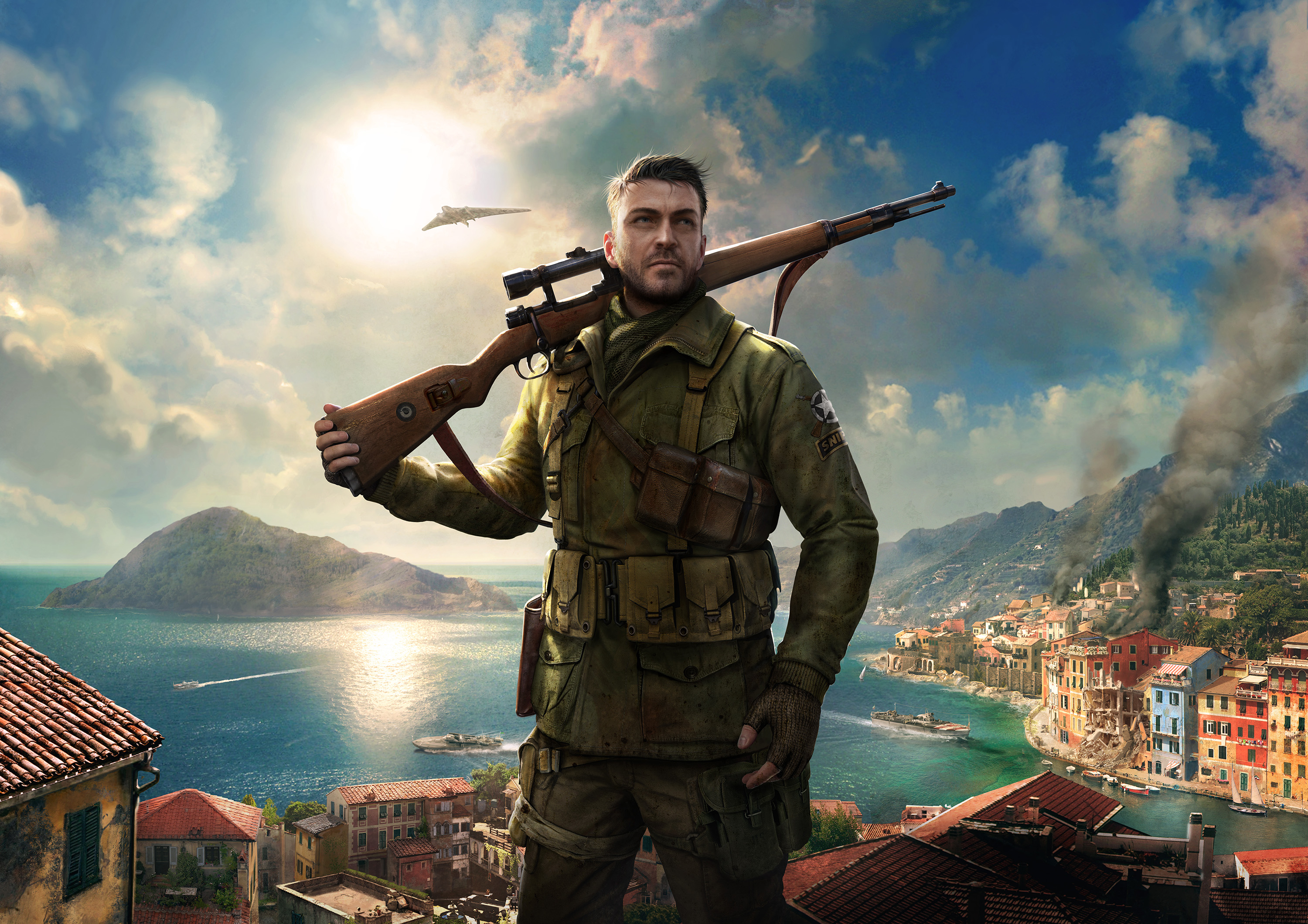 World War II remained popular among the RTS and simulation genres but was almost non-existent among the shooter genre. A few titles did pop-up from time to time but non would get any real attention from gamers. A few exceptions would be the Sniper Elite series and Wolfenstien: The New Order along with The Old Blood. Everything changed in 2016 when EA made the bold choice of taking the Battlefield franchise into the trenches of the Great War. This gamble paid-off as Battlefield 1 became one of the best selling titles of year while Activsion had to admit that Infinite Warfare did not do so well.

Battlefield 1 did not spark a mass interest in the Great War in gaming but it has become the catalysis for a return to historical shooters. The most obvious impact has been a desire for gamer wanting to go to World War II. Currently two titles were released in 2017 while a third game is set to launch later this year.

The comeback started with the release of Sniper Elite 4 in February. In this game, players are put in the role of OSS Agent Karl Fairburne and are tasked with assisting the Italian resistance forces against the Nazi occupation. Like its predecessors, the game is a third person stealth action game that had players use the environment to their advantage to complete an objective. Sniper Elite 4 was highly praised by critics and gamers while you can also checkout our review.

The second game that was released was Day of Infamy, an online WWII shooter from the creators of Insurgency. This online shooter is set during the European Theater of the war and has players either liberating a map as the America and Britain forces or hold it as the Nazis. This game was also highly praised by critics and gamers while you can checkout our review.

Finally we come to the biggest news in gaming, Activsion unveiling the first trailer for Call of Duty: WWII. The trailer has already been praised by fans of the series and many are excited that the game is returning to its World War II roots. However its hard to say at the moment if the game will have the same success as the Modern Warfare trilogy or Black Ops II. 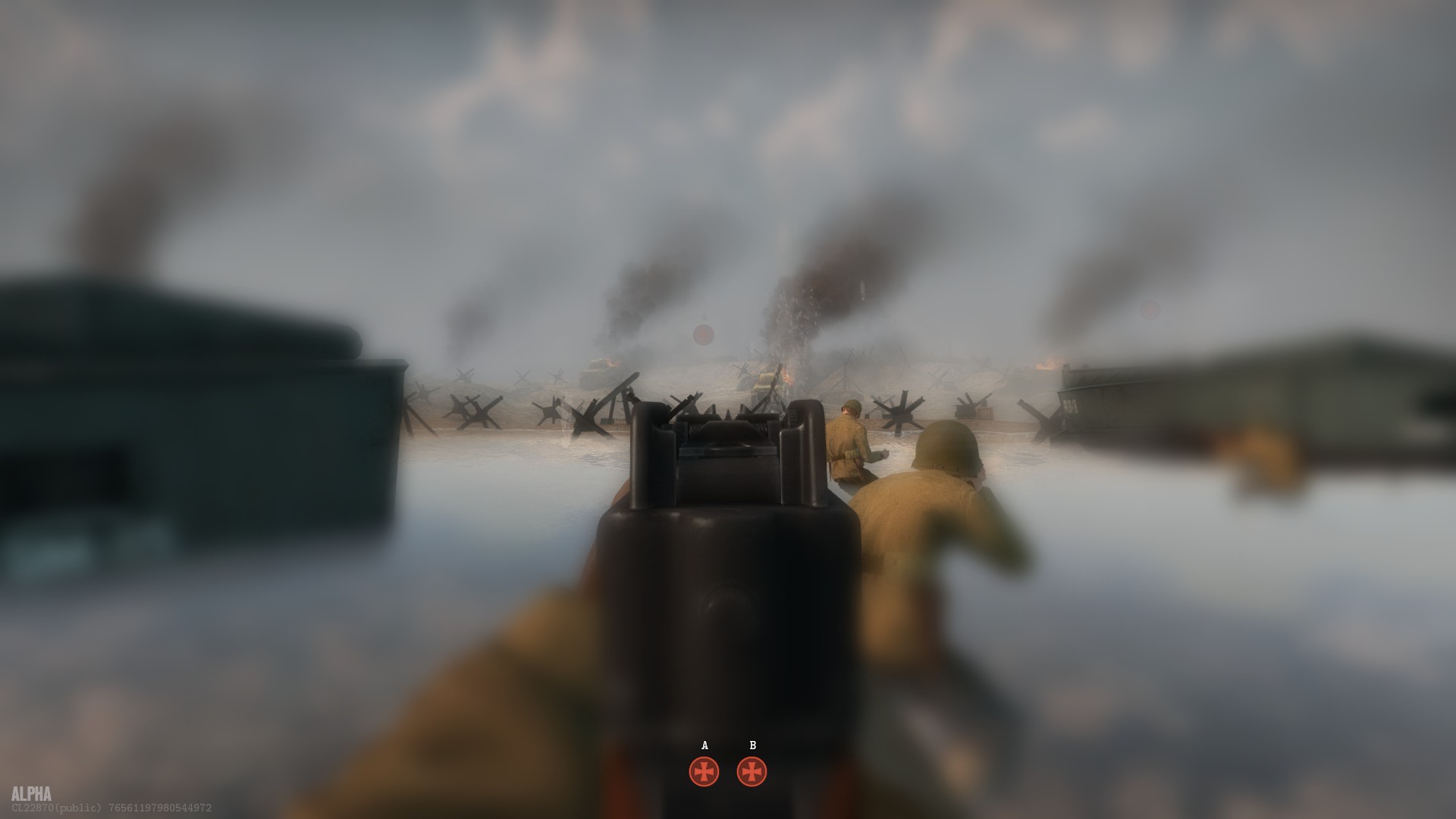 If Call of Duty: WWII is a success then gamers could expect more shooters that will take them to Nazi occupied Europe. Gamers could hope that EA decides to bring back the Medal of Honor series or Ubisoft would want to reboot the Brothers in Arms series. However these are speculation regardless if going back to World War II will improve Call of Duty status.

Gamers who miss the good ole days of killing Nazi’s could play Sniper Elite 4 and Day of Defeat while waiting for Call of Duty: WWII or reinstall some classic titles. Regardless if there will be another boom in World War II shooters, 2017 has demonstrated that gamers will never get bored with killing Nazi’s.

Do you think World War II games will be making a comeback or are you are just excited for Call of Duty: WWII? share your thoughts in the comment section below.