Mafia III involves players going up against the Klan and now online racists are upset.

During its long history and many incarnations; the Ku Klux Klan (KKK) has been one of the most infamous terrorist groups in American history. The group is so hated that many gamers were excited when it was revealed that part of Mafia III involves going up against the Klan.

It should also be no surprise that bigots and white supremacists would also be offended by such a moment. While the majority of gamers have expressed their interest in wanting to slaughter a Klan rally, the typical online racists have spoken out against Mafia III.

Below are examples of the typical racists being outraged or crying about political correctness (Note: names have been redacted to avoid witch hunts, doxing and other online harassment). 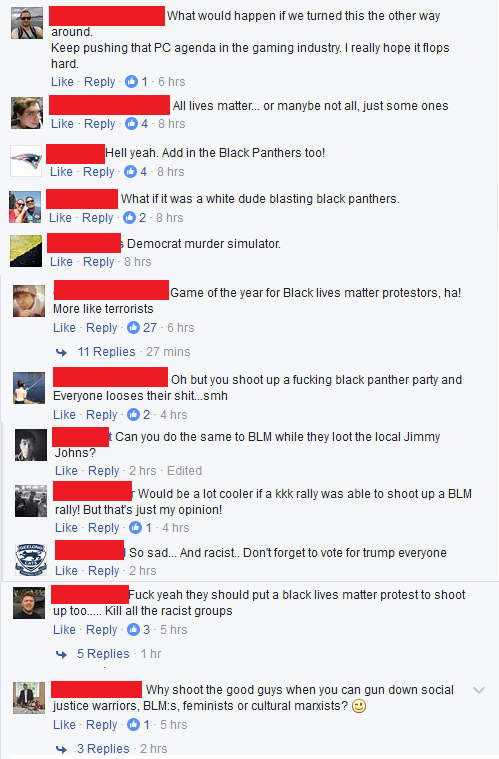 Such comments could be found on the social media page of video game sites that wrote an article about the mission.

The most common complain was how the mission is promoting political correctness by making it acceptable to kill white people. Others wished the mission allowed them to kill members of Black Lives Matter and Black Panthers.

Of course, the most common response to these comments was the racist being called an idiot.

This is not the first time the Klan has been featured as a villain in a video game as the they have also been included in XIII and Manhunt. It should also be noted that the mission is very similar to the movie Brotherhood of Death, a 1976 blaxploitation about a group of ex-Green Berets returning to their hometown to fight the Klan.

Mafia III is the third game in the iconic open-world crime series and it’s set to be released on October 7 for all major consoles along with the PC.