A look at why Watch_Dogs 2 needed to be set in San Francisco.

Watch_Dogs 2 was officially confirmed and after weeks of speculation, it was confirmed that the game will feature a new character while set in San Francisco.

Apparently I’m not the only one as many gamers are excited for the new San Francisco setting. Just check out some of the reactions gamers have had on Twitter;

Take your time if needed

Watch Dogs 2’s San Francisco is so convincing I just got painfully, deeply homesick for the Bay Area.

The original Watch_Dogs was highly ambitious while having a lot of promise but failed to live up to the hype. This was due to the many delays along with having all the Ubisoft troupes and for making the mistake of being released a few months after Grand Theft Auto V.

Watch_Dogs also had many issues, but there was one I could never let go.

That issues was the games being set in Chicago area instead of the Silicon Valley (you know the Tech capital of the world). This was a strange choice in setting as when one tries to imagine a tech and hacker utopia, Silicon Valley comes to mind. Meanwhile when one thinks of Chicago, the first thought they have is sleazy politicians and a crumbling civil structure.

Also it should be noted that the evil tech company of the game, Blume Corporation, feels less like a tech company but more the tone that is the equivalent of a semiconductor company (as in they’re bland and boring). 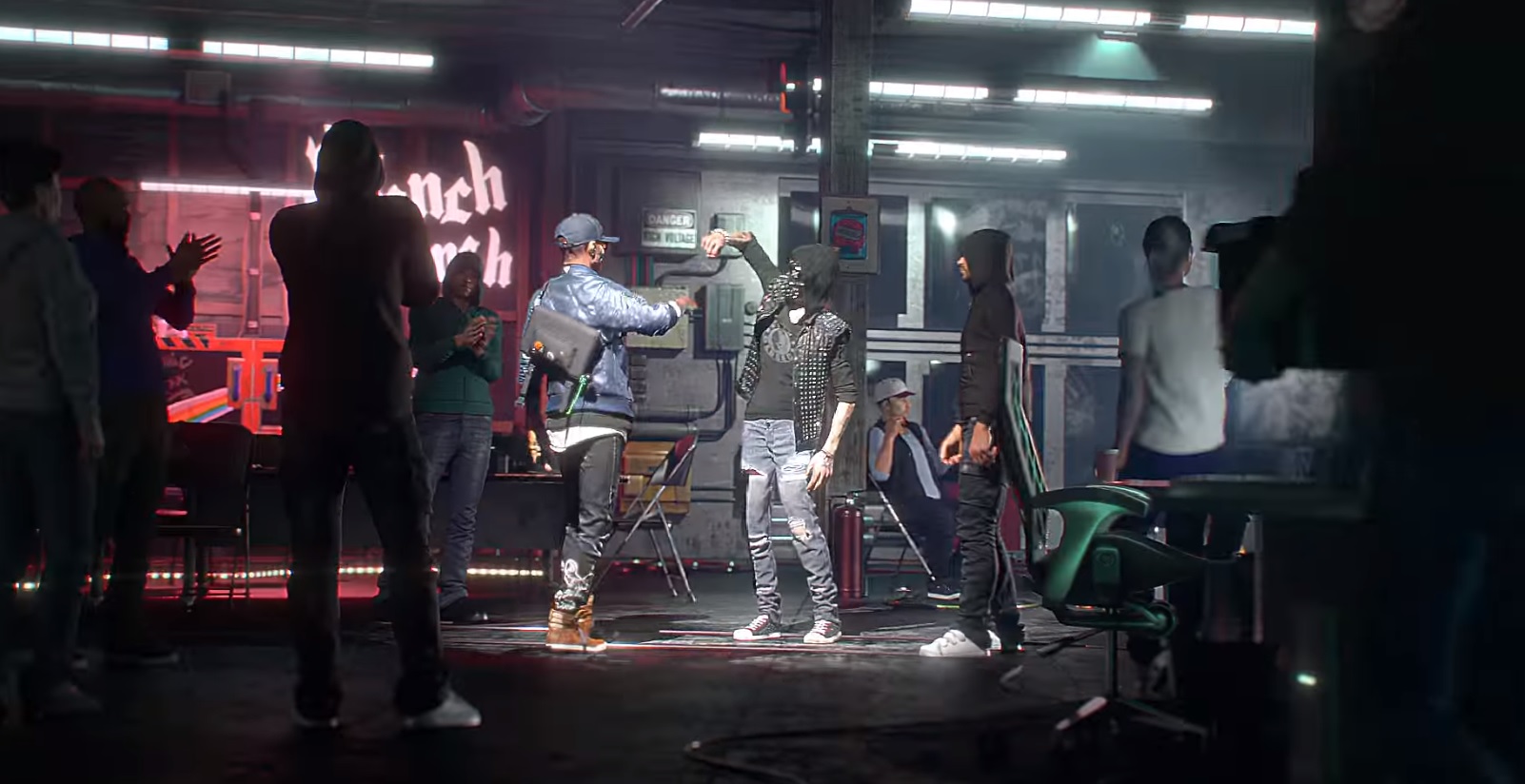 With a new setting comes a new character that fights for the disenfranchised of the community.

It appears with the setting comes a story that takes a gritty critique of the social problems of San Francisco in the aftermath of the Tech Boom. Watch_Dogs 2 seems to takes a critical look at the social economic problems of the city from the perspective of a protagonist who represents those who have been disenfranchised. Basically try yo imagine what the show, Silicon Valley, would be like if the writing team made up of the editorial staff of Silicon Valley De-Bug.

However, if Ubisoft was as ambitious as Rockstar Games then Watch_Dogs 2 could have been set in the entire Bay Area (which includes the areas of San Fransisco, San Mateo County, Santa Clara County and Alameda County).