The Polarizing Legacy of Metal Gear Solid 2: Sons of Liberty

Metal Gear Solid 2: Sons of Liberty was the most highly anticipated game of 2001 but it ended up becoming one of the most polarizing titles of all time. 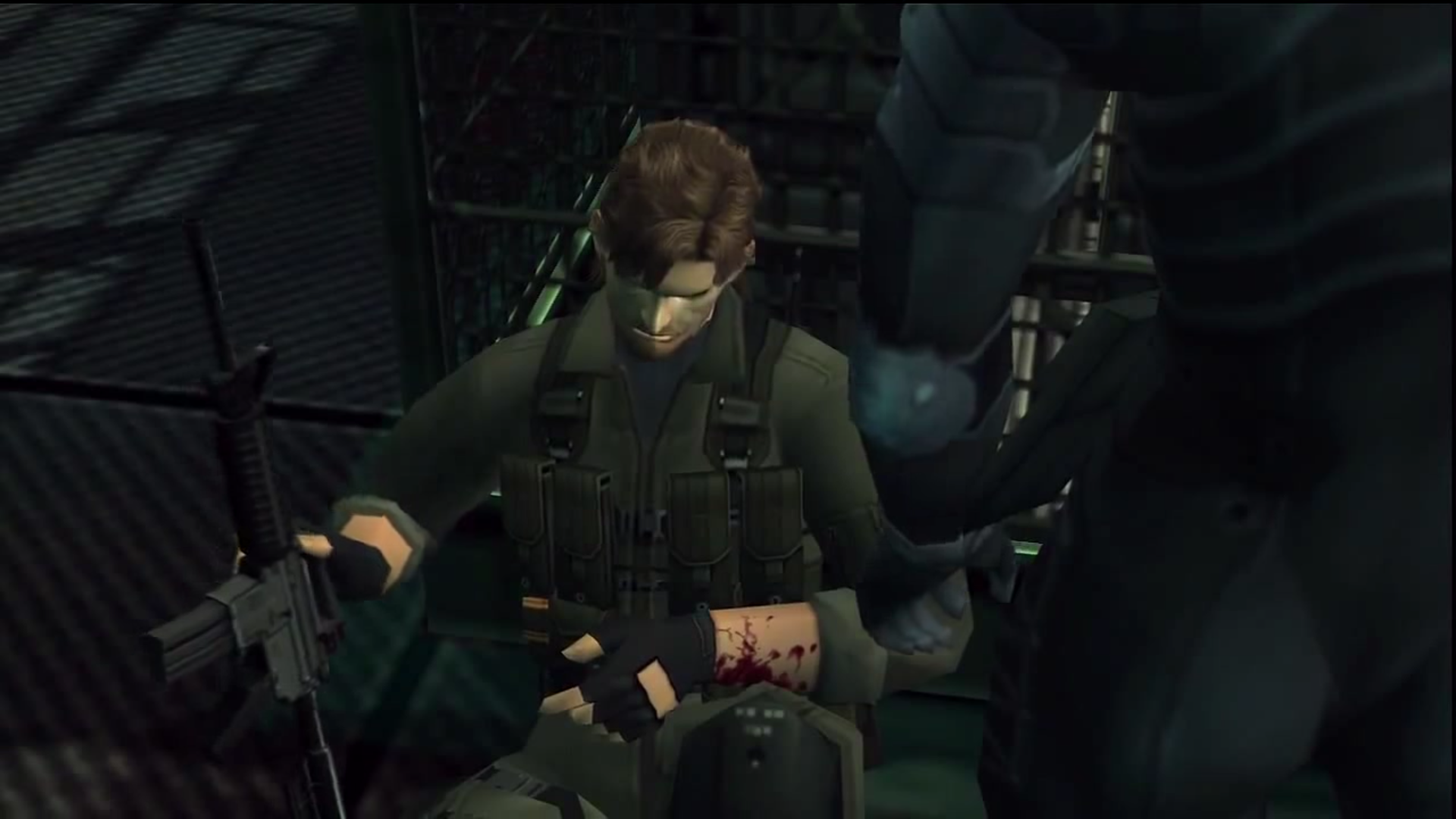 November 12th will mark the 15th anniversary of the release of Metal Gear Solid 2: Sons of Liberty for the PlayStation 2. At the time it was the most highly anticipated game of 2001 but it ended up becoming one of the most polarizing titles of all time. To understand its story and legacy, one needs to go back to beginning of its development and reflect on how it’s remembered today.

Metal Gear Solid for the PlayStation was a major hit back in 1998 and it was highly praised titles by gamers and critics. It would go on to become one of the best selling titles while remembered as the best game for the PlayStation. So it was obvious that fans were going to have high expectations for a sequel. However a combination of global events and story changes gave us a polarizing experience that set the foundation for the entire series.

The original plot was to have Solid Snake trying to stop Liquid from stealing a Metal Gear that was being transported on an aircraft carrier in the Persian Gulf. However, six months into the development and that idea was scraped. Next came a new plot that involved Metal Gear being transported on a Tanker along with a new Fox Hound team made up of Raiden along with Colonel Daniel Quinn, Maxine Work and Doc Wilson. That story later became the foundation for what would eventually become the plot of Sons of Liberty. Everything was set but then the September 11 attack forced Kojima to edit the original ending. Despite the setback, the end result was a game that set the foundation for the series while also dividing fans over its overall legacy. 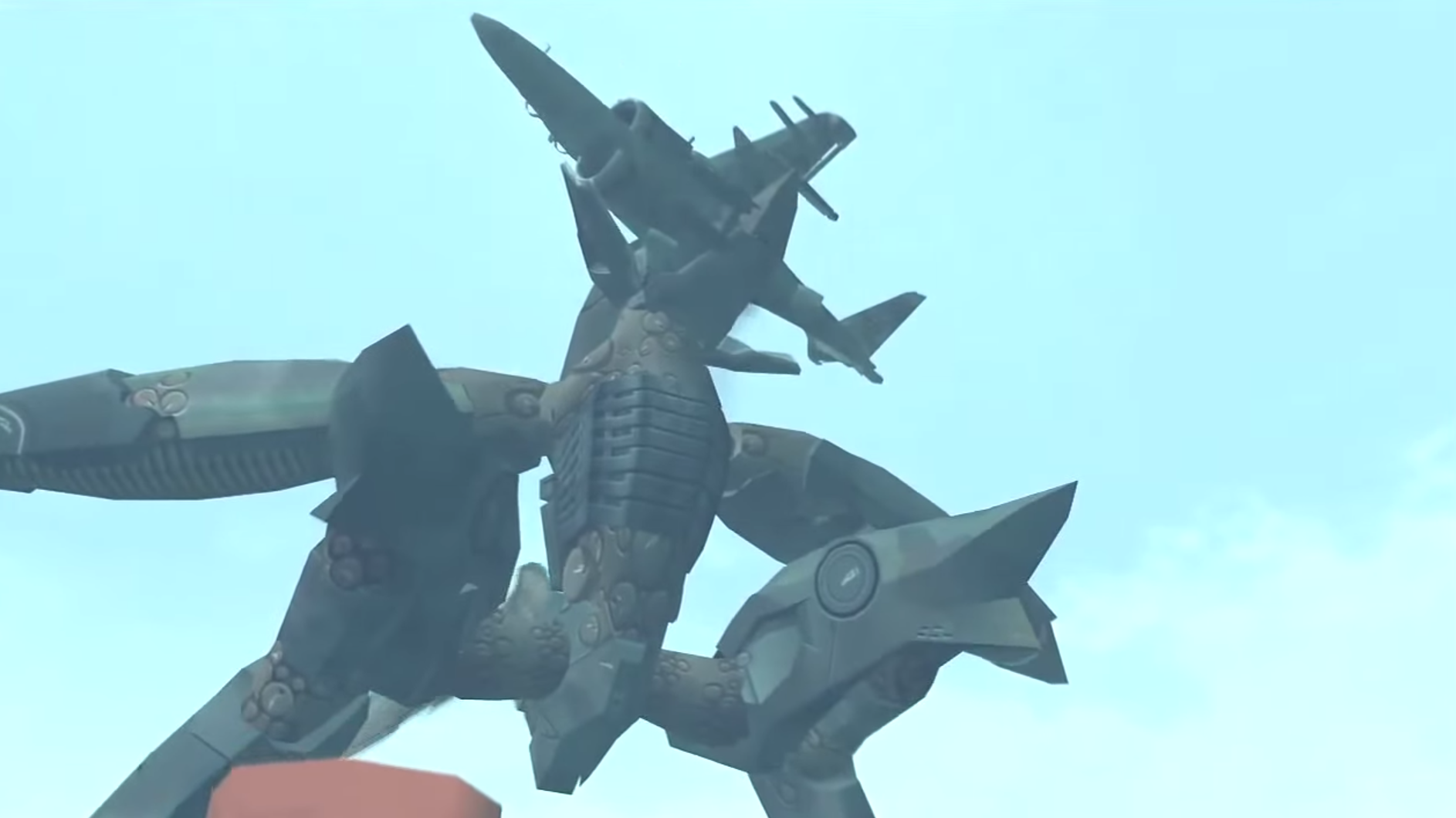 Following the Shadow Moses incident, the world has entered into a new arms race after Revolver Occelot leaked the Metal Gear Rex data onto the black market. In response to this new threat; Solid Snake and Otacon establish Philanthropy, an NGO that attempt to disrupt the development of new Metal Gear’s.

The story begins when Philanthropy receives a tip of a new Metal Gear being transported through the Lower Hudson River by the United States Marines. Snake sneaks on board the the tanker but it’s quickly taken over by Russian mercenaries under the command of Colonel Gurlukovich and Revolver Occelot. Snake makes his way to the hold of the ship and takes several pictures of Metal Gear RAY before the mercenaries attack and Occelot betrays his allies. The tanker is destroyed and most of the Marines and mercenaries are killed while Occelot escapes with Metal Gear RAY. Following the attack, the incident is covered up by the government and Snake is blamed for the ordeal. Soon the Big Shell facility is constructed to clean up the oil spill and prevent any more ecological damage to the Hudson River.

Two years later; a group of terrorists raid the Big Shell and take the President of the United States hostage. The terrorist call themselves Sons of Liberty and is made up of members of Dead Cell (an anti-terror training unit that has gone rogue) along with Russian mercs and the leader who calls himself Solid Snake. The terrorists are demanding a ransom for the President or they will destroy the Big Shell, thus causing a much greater ecological disastrous.

In response, FOXHOUND operative Raiden along with SEAL Team 10 are deployed to stop the terrorists and rescue the President. Upon their arrival, most of the SEAL Team is wiped out by Dead Cell while the President is taken to another section of the Big Shell. Raiden needs to work with Lt. Junior Grade Iroquois Pliskin and Peter Stillman, a former NYPD bomb-disposal expert. The mission may seem simple but as Raiden progresses through the Big Shell, he discovers something more sinister is going on and nothing is what it appears to be. 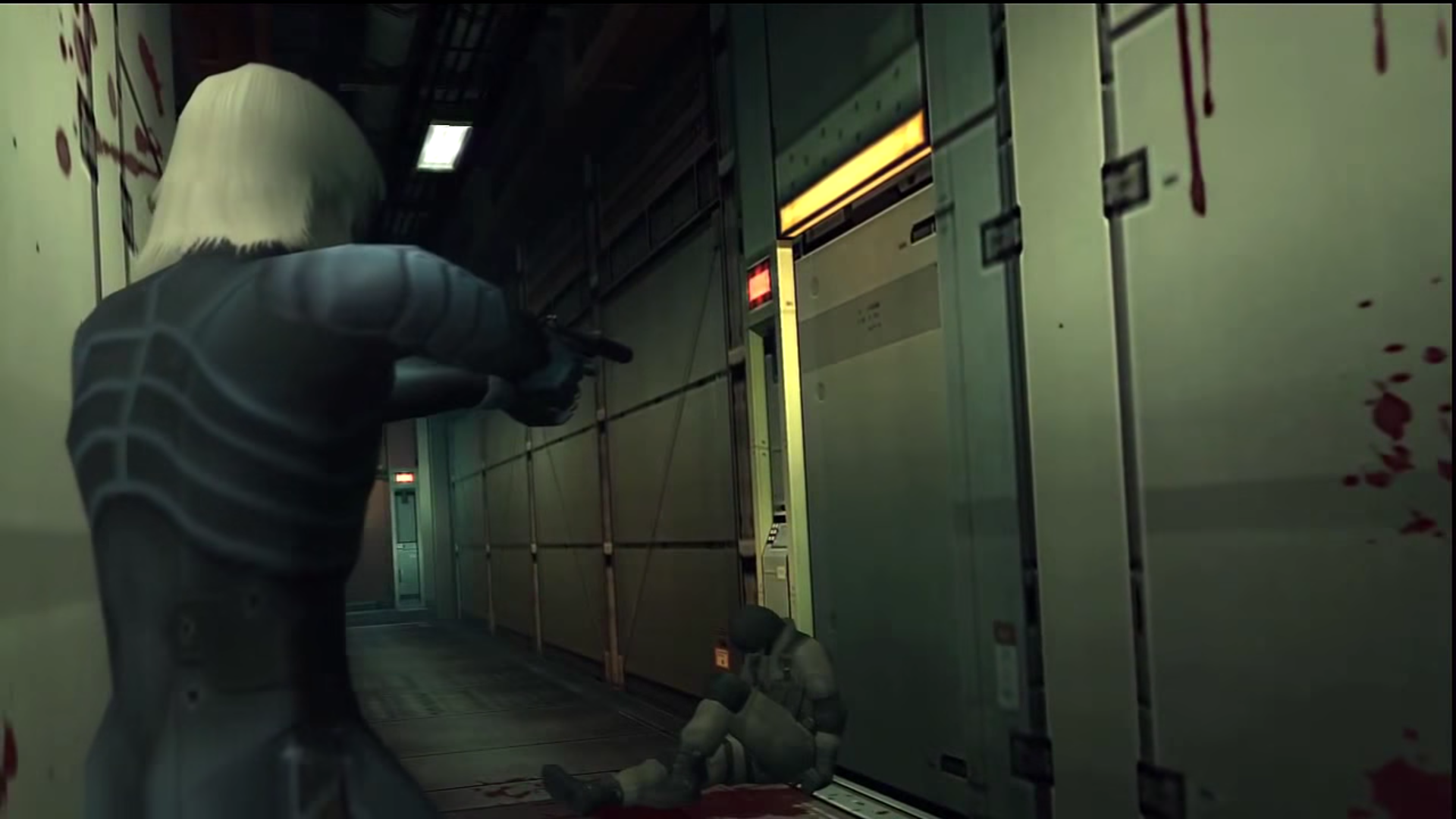 Metal Gear Solid 2: Sons of Liberty had one of the most brilliant marketing strategies along with one of the biggest twists in gaming at the time. Fans were excited to once again take on the role of Solid Snake only to discover that they will be playing as Raiden for most of the game. This allowed Kojima to tell the story of Snake but from the perspective of another character, hence allowing players to critically question the actions of their beloved hero.

However there was one major problem, Raiden was not a likable character.While Solid Snake is this harden soldier with years of combat experience, Raiden is just some rookie who lacks that experience. Snake is also able to keep his cool in the heat if the moment while Raiden is consistently whining about everything that is going on. Hence, gamers were not too happy to learn that their beloved hero was replaced by one of the most annoying heroes.

Replacing Snake with Raiden was not the games only problem, the story had so many twists and layers of subplot that gamers had almost no idea what is going on. The story starts as a hero on a simple mission to save the President from terrorists. Soon its uncovered that the facility is used built a super-weapon to house an AI computer for a shadow group. Next its learned that everything was just a simulation to test out the skills of Raiden while Ocelot has his own agenda along with something about someone wanting control and nanomachines.

Finally it should also be noted that the games main villain, Solidus Snake, was not that memorable or interesting of a character. While villains like Fortune and Vamp were memorable because of their tragic back story along with who they are as a person, Solidus Snake was just a generic villain who lacked both substance and a real motive for his actions beyond basic villain stuff. Sure he was the ex-President who was the mastermind behind Shadow Moses and commanded an army of child soldiers for the CIA but his actions on the Big Shell was just the basic actions of any generic villain. 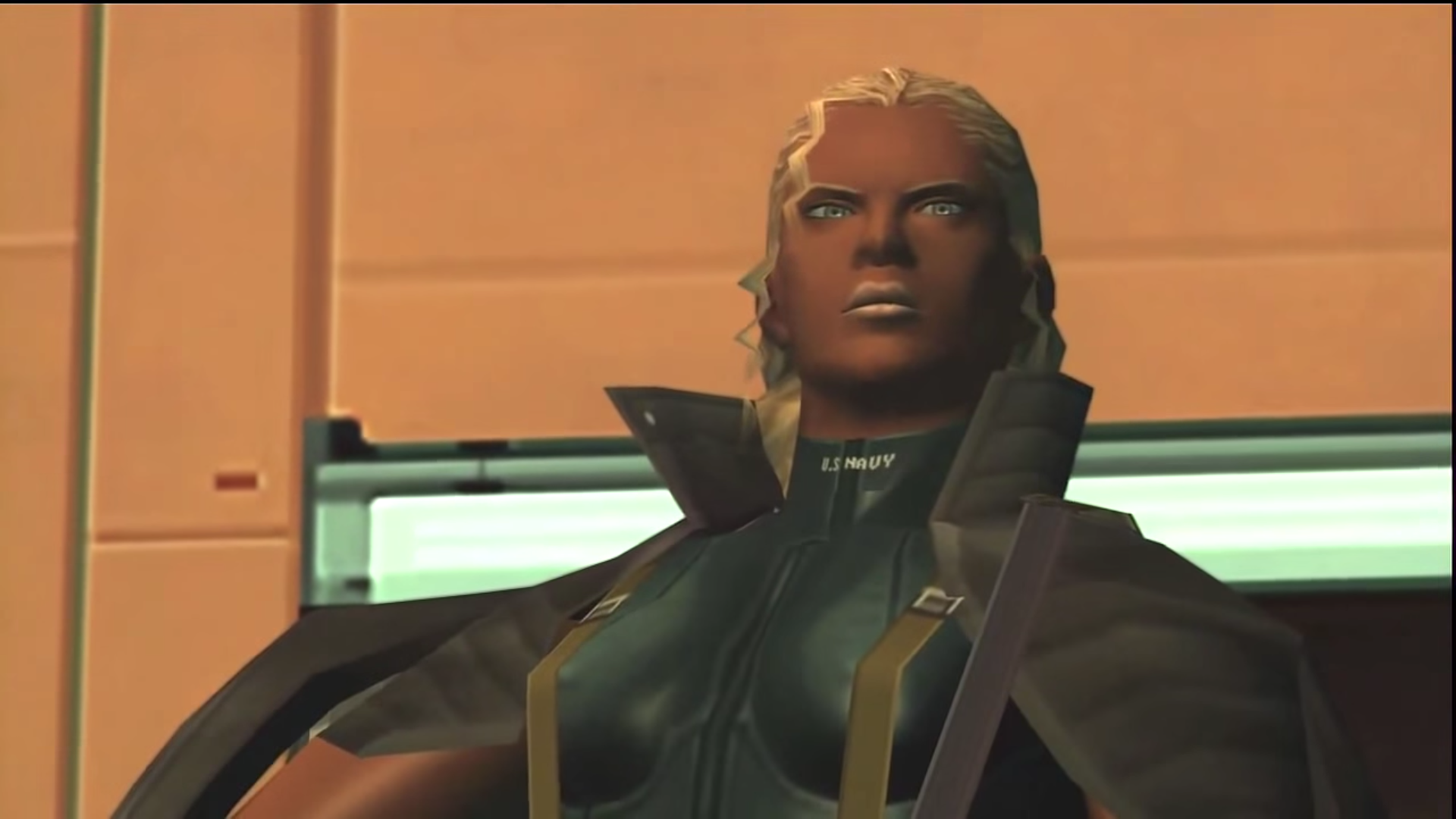 Despite problems with the story and the many twist, what should be the games true legacy is how it set the foundation for the series in terms of plot and gameplay. Metal Gear Solid 2: Sons of Liberty was the true start of the story involving our beloved heroes and villains in their conflict with The Patriots. At the same time, its gameplay mechanism became the foundation used for the series going forward.

Metal Gear Solid 2: Sons of Liberty first introduced fans to The Patriots, a shadow organization that has secretly controlled America. Their shadowy regime was responsible for many major events such as the Les Enfants Terribles (the experiment that created Liquid, Solid and Solidus Snake). Despite being introduced in this game, not much learned about them right away but their legacy begins to develops as the series progresses.

With its new gameplay, Metal Gear Solid 2: Sons of Liberty introduced many features that would go on to become staples of the series. The most notable being the first-person aiming, having the option to put a hostile combatant to sleep, along with allowing the player to have more motion when operating. The Twin Snakes directly used the same gameplay while Snake Eater, Guns of the Patriots, and Ground Zeroes / The Phantom Pain had their basic gameplay molded after it. 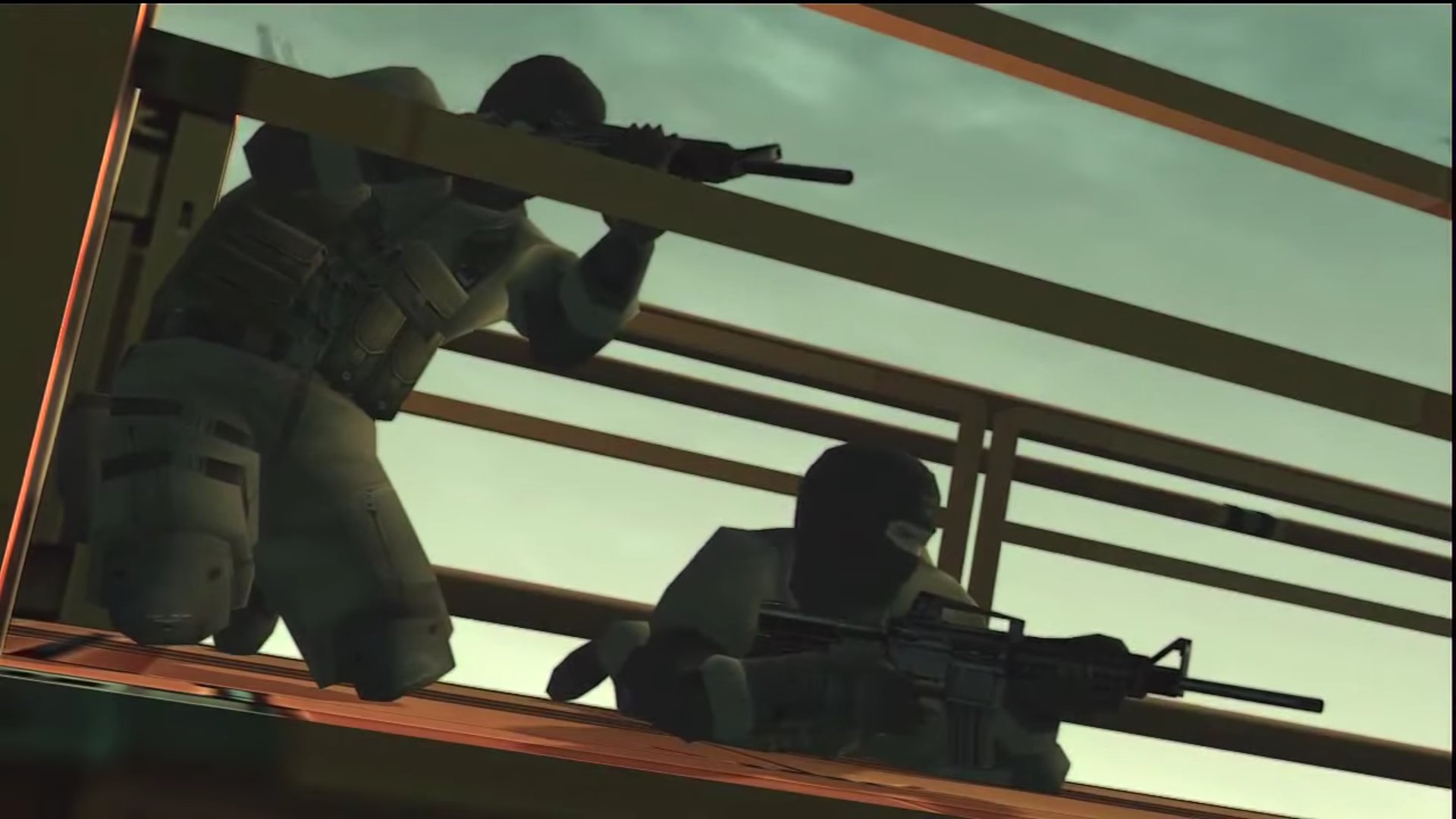 So was Metal Gear Solid 2: Sons of Liberty a good or bad game? To be honest its hard to say as it had a profound impact on the series but it was also so flawed that it could have also ended the series as well. Snake Eater gave fans a backstory to the rise of Big Boss while Guns of the Patriots explained who The Patriots were and made Raiden a likeable character. However there was a lot of hype surrounding the return of Solid Snake only to play as an unlikable hero who is forced to participate in a simulation of the events featured in the last game (without having to call it a remake).

Metal Gear Solid 2: Sons of Liberty lasting legacy is that it set the foundation for the series in terms of story and gameplay. However it’s also haunted by replacing one of the most iconic with one of the most annoying while having a story with so many twist and turns.

Did you play Metal Gear Solid 2: Sons of Liberty and what was your reaction when learning that Raiden was the main playable character? Share your thoughts in the comment section below.