The Collider 2 is an unusual game as it combines the elements of classic sci-fi adventure with an arcade style racer. 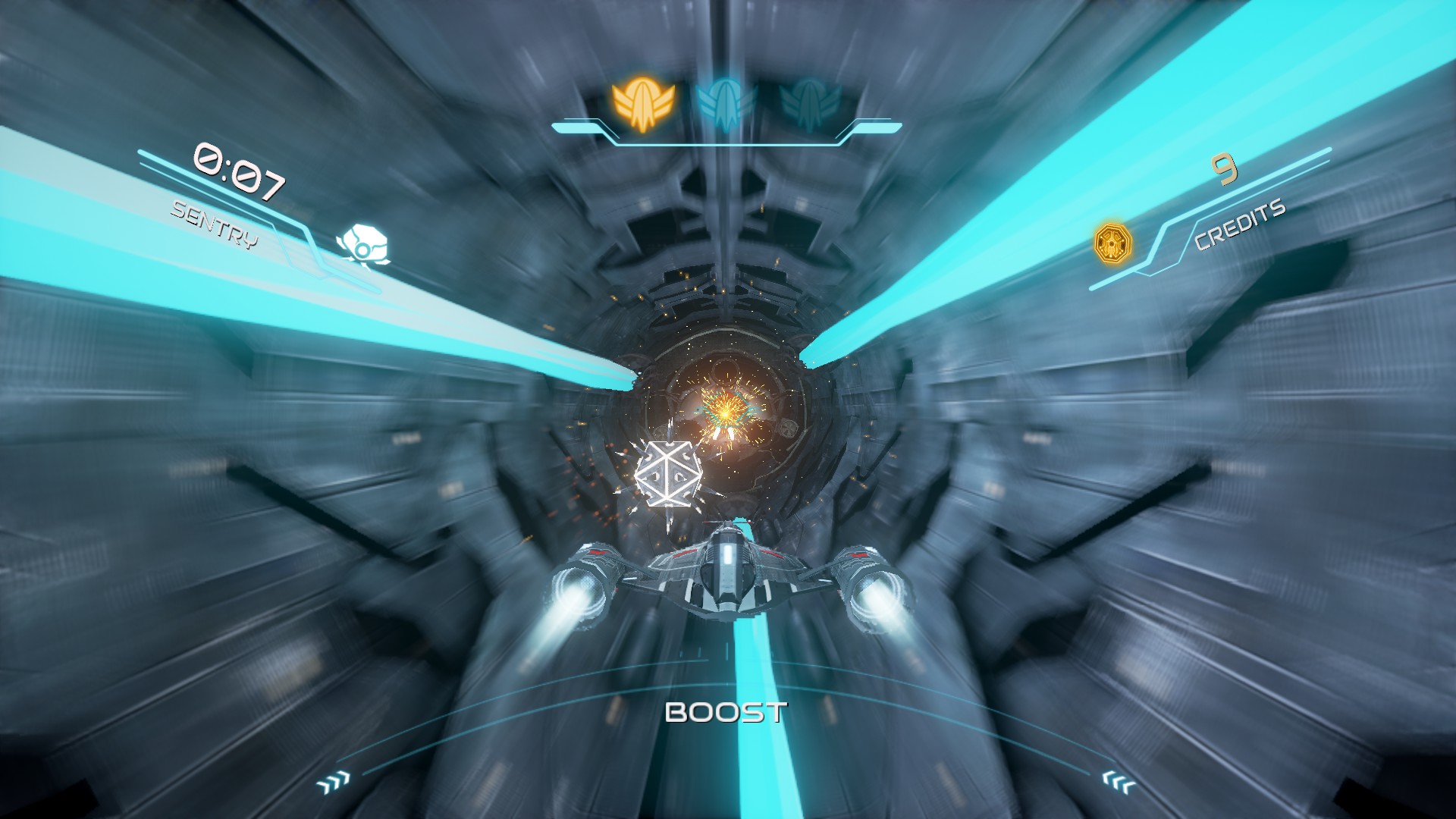 The Collider 2 is an unusual game as it combines the elements of classic sci-fi adventure with an arcade style racer.  To ones surprise, this unusual combo actual results in a fun to play video game.

Having nothing to do with its predecessor, The Collider 2 has players race against the clock in an attempt to save earth from an alien attack. Players race through the mother ship on a mission to cripple it from the inside before time runs out.

The Collider 2 has the looks of a simple arcade racer but it presents its fair share of challenges and obstacles. Controls are easy to work with as players just need to move the mouse and avoid hitting obstacles. Players could also customize or upgrade their ship using the currency they collect on each mission.

The game may look simple but it’s visually amazing as the colorful graphics adds a level of depth into gameplay. Its visual presentation does an excellent job at making the game truly feel like a classic sci-fi adventure. The level design will also fool players at first but as the game progresses it begins to present a series of challenges.

Gamers who wish to challenge each others abilities will be happy to know that there is an online feature. Tournaments are held as players compete to earn the top score and win in game prizes.

Overall this is an excellent title from Shortbreak Studios but it will only appeal to those miss the arcade and racer fans. Gamers who are looking for something new should also give The Collider 2 a chance as it will not disappoint.

The Collider 2 is the kind of game that will mostly appeal to racer fans and those who miss the arcade. Yet this group will really appreciate what this game has archived despite its simple setup.