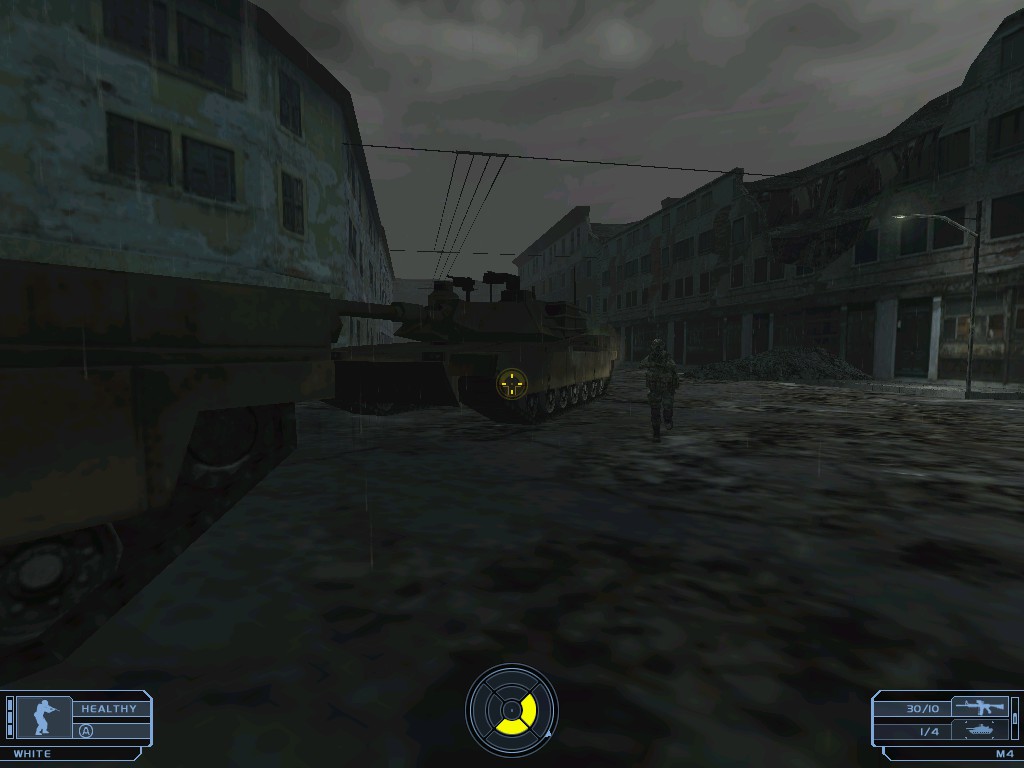 It’s the weekend and sometimes your in the mood for an old school game, hence it’s the perfect time to play the original Tom Clancy’s Ghost Recon.

Tom Clancy’s Ghost Recon was a tactical shooter that put players in the role of commanding Delta Company, 1st Battalion, 5th Special Forces Group (The Ghosts) as they were deployed to several major conflicts.

Alongside Rainbow Six, it set the foundations for the tactical shooter genre while also establishing Tom Clancy as an influential figure in the gaming world. Even though the series has changed a lot since 2001, the original still remains a must play classic.

This is a reflection of the original game along with Desert Siege and Island Thunder expansion.

Tom Clancy’s Ghost Recon has the Ghost deployed to Eastern Europe when Russian Ultranationalists threaten the sovereignty of several countries in the region. The unit is first deployed to Georgia to help the government fight separatists but the conflict escalates when Russia forces invade the country. After the successful annexation of Georgia, Russian forces invade other former Soviet states, resulting the Ghost being deployed to slow them down while NATO prepares for a counter offense.

Following a series of NATO victories, the Ultranationalists replaces the elected government with a military junta which causes civil unrest in Russia. NATO forces begin to invade Russia with the Ghosts rescuing political prisoners and crippling major Ultranationalists bases. The game ends when the Ghosts and NATO forces capture Moscow and liberate Russia.

While the war depicted in the game was fiction, many pointed out to the similarities it shared with the Russo-Georgian War. Both conflicts took place in 2008 and it started when the Georgian Army launched a massive offense against Russian backed separatists. In response the Russia deploys troops to the South Ossetia region. However the real war ended after a week with Russian forces pulling out while the Georgian government lost control of the South Ossetia and Abkhazia region.

Tom Clancy’s Ghost Recon: Desert Siege is set one year latter when Colonel Tesfaye Wolde takes power in Ethiopia then lunches an invasion of Eritrea. In response; the Ghosts are deployed to help defend Eritrea and remove Colonel Wolde from power.

Tom Clancy’s Ghost Recon: Island Thunder is set in Cuba following the death of Fidel Castro (a fictional event that takes place in the game) in which the country is going to have its first election since the 50’s. However, several factions (most notably Ariel Priego and the FDG) want to preserve the old order and are using violence along with acts of terrorism to influence the election. In response, the Ghosts are deployed to preserve order and to ensure that democracy takes root.

When the FDG lose the election, Priego seeks the help of FARC who deploy troops to topple the new Cuban government. The Ghosts assist the Cuban government in defending the island and the conflict ends when Priego is captured.

Looking back now, Tom Clancy’s Ghost Recon was a unique game that blended tactical elements with a more realistic military experiences. The maps were large while players have to use their wit to overcome the enemy. It’s also notable for putting players in a families Tom Clancy story.

Curious gamers should be warned that this is nothing like the  Tom Clancy’s Ghost Recon series they have played in resent years. Gameplay has a heavy focus on tactics while the combat is more realistic (one shot, one kill).

Tom Clancy’s Ghost Recon was a masterpiece and a testament to an era that focused on challenging players while the expansions added on to already great title. The original games are available for the PC via Steam.

Weekend Replay is a column were we play an old school game over the weekend and share our nostalgic thoughts about it.