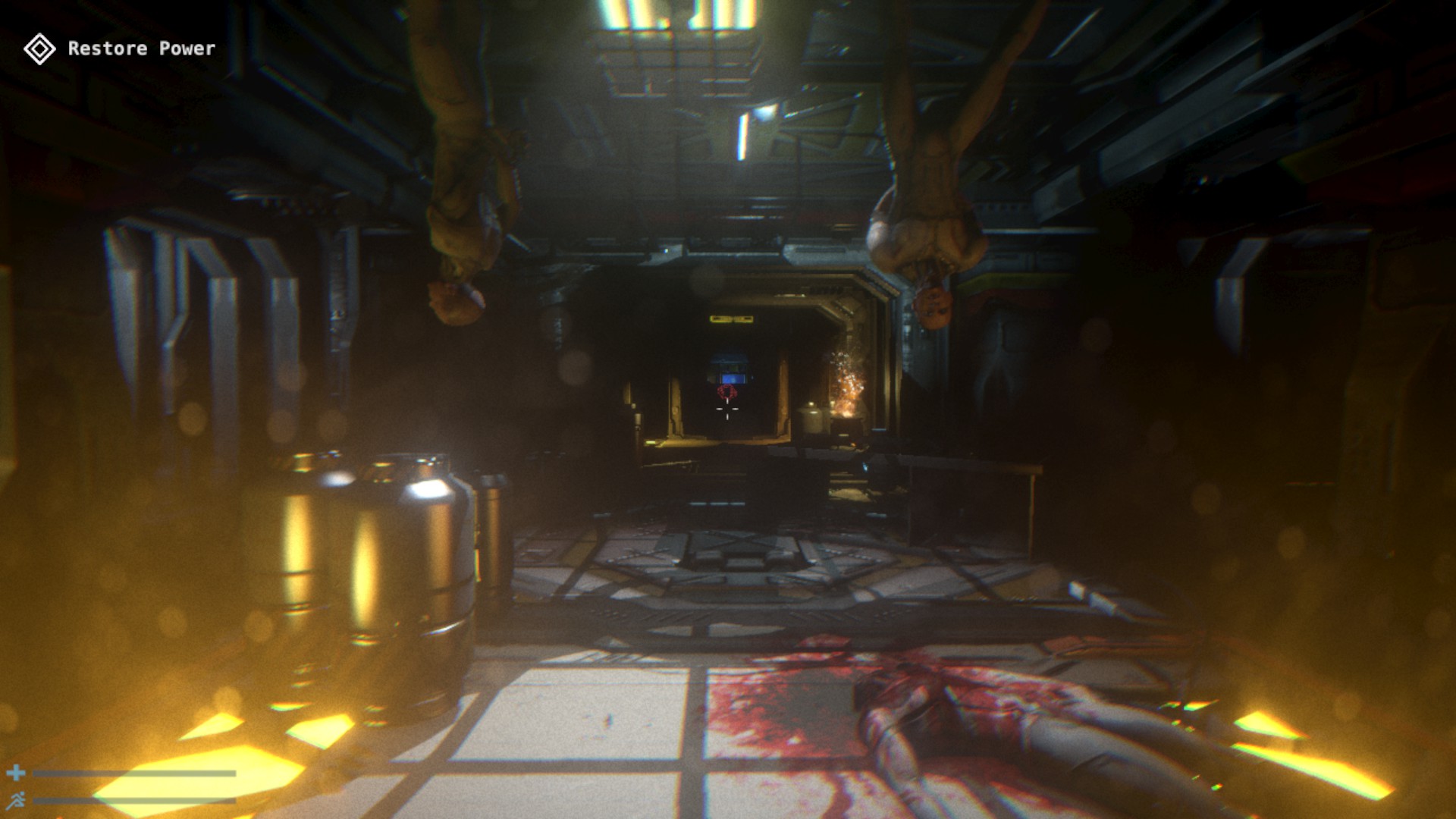 Syndrome is a sci-fi horror story that isn’t trying to remind players that “in space no one can hear you scream” but instead is reminding them that no one can also hear you have a psychological breakdown in the darkness of space.

The horror genre has been having a Renaissance in the last few years thanks to titles like Outlast, Alien: Isolation and the Silent Hills demo. Syndrome could be described as a byproduct of this horror Renaissance by taking players on a frightful journey in the darkness of space.

Players take on the role of Galen who awakes from cryo-sleep on the Valkenburg with no memory of what had happen. He discovers the ship has been powered down and the majority of the crew is dead or transformed into half-human / machine creatures. Upon further investigating the ship its learned that the crew had discovered an alien artifact that caused everyone to go insane.

Meanwhile; Galen has only contact with  Commander Neomi of the marine detachment and Jimmy Marko, the ships technician. Each one warns Galen not to trust the other while he begins to be haunted by horrific visions that make him question reality.

Syndrome is a horror game that takes the feeling of Alien: Isolation and then adds the plot of Event Horizon. It’s a game that makes players feel vulnerable in the darkness of space while making them question their sanity as they progress. At the same time, gamers are forced to be resourceful when trying to survive the horrors of the  Valkenburg.

While the game starts strong by putting players in a vulnerable position, that sense of fear is gone when they come across a few weapons. The game tries to give players an eerie feeling as they explore the Valkenburg but that sense of fear will be gone after a few levels.

Another issue players will encounter is the lack of guidance the game provides from control function to player action. This forces players to either spend time trying to figure everything out or find a message board online that can help.

Despite its shortcomings, Camel 101 have done a superb job at developing and publishing their first horror title. In the end Syndrome is a good horror title that has learned from the best while trying to make its own mark on the genre.

Syndrome is the kind of game that horror fans will enjoy as it will remind them that no one can in space can hear them have a psychological breakdown in the darkness of space.