Review | Stubbs the Zombie in Rebel Without a Pulse (PC)

The HD remaster version of Stubbs the Zombie in Rebel Without a Pulse wants players to see the fun side of a zombie outbreak.

A Cult Classic Returns from the Dead

Stubbs the Zombie in Rebel Without a Pulse was released at a time when the zombie genre was at the height of its popularity. It was also a time when games were putting more players in the role of the anti-hero. Unlike every other zombie game, you were not fighting to survive an outbreak but going around creating one. Given that it was launched for the Xbox, so many of us (especially PS2 owners) missed out on it. This HD remaster allows us to finally experience this classic for the first time.

I never played the original, thus I’m going into the HD version with a fresh perspective. Right away there is so much about the game that is dated but there is also so much that makes it fun. Stubbs the Zombie in Rebel Without a Pulse wants players to see the fun side of a zombie outbreak and it does it in all the right ways.

It’s 1949 and the futuristic city of Punchbowl, PA is established as a beacon to the world. Players take on the role of Stubbs, a zombie who awakens in the middle of the city. Very little information is provided but all we know is that he is on a quest for revenge and to be reunited with his true love. Along the way, he must fight the local police along with the military and a militia by turning others into zombies.

The appeal of the plot comes down to its sense of humor and the many homages to the genre. Story doesn’t give too much away at the start and wants you to slowly learn about Stubbs past and his goals. Everything is revealed in the end with a happy ending fitting for a zombie. Most of the humor comes down to how cartoonish the world is along with the dialogues being a cleaver mockery of the time period. Overall, if you played Destroy All Humans then you will have a good idea of the games sense of humor.

Finally, one has to appreciate the homages the game makes to the zombie genre. Specifically, the game is one big homage to the film The Return of the Living Dead (a cult film I would highly recommend). At the same time it also acknowledges the importance that the work of George A. Romero had on the genre as a whole.

The Return of Stubbs

Stubbs the Zombie gameplay is a third-person action adventure that also mixes elements of puzzle solving. Players battle the living by scratching them or eating their brains. Other attack options include a toxic fart, gut grenade or taking over someones mind. Defeated enemies will then return as zombies to help you overpower the living. Players will also have to solve some puzzles or get creative when they need to overcome an obstacle.

While I never played the original, I could sense that the HD version has been updated. I play a lot of old school games on classic consoles, thus I could always tell the difference between the original and an HD remaster. The control function feels more responsive while the gameplay and combat feels more polished. The game now has a multiplayer option for anyone who wants to play with a friend (something that doesn’t interest me).

Finally, one has to take the moment to appreciate the retro future world. Even though the original was released before Fallout 3, I can’t help to compare the worlds. But they also have enough to set themselves apart in regards to the aesthetics. Punchbowl still has its own unique style (in regards to design and layout) to make it standout from the Capital Wasteland.

The Dead Walk Among Us

Stubbs the Zombie in Rebel Without a Pulse is a great game but it also has so many problems. Most of the problems can be boiled down to outdated mechanics and design elements. The levels are huge but also feel empty when compared to the amount of people that populate it. Some level layouts have not aged well or are a product of its time. Despite these shortcomings, they don’t hinder the overall experience.

Rebel Without a Pulse

The HD remaster version of Stubbs the Zombie in Rebel Without a Pulse wants players to see the fun side of a zombie outbreak and it does it in all the right ways. Players will once again roam through the city of Punchbowl looking for love and revenge. It has some problems but overall it feels great causing the zombie apocalypse for once.

Disclaimer: Zebra Partners provided the game used for this review.

Stubbs the Zombie in Rebel Without a Pulse (PC) 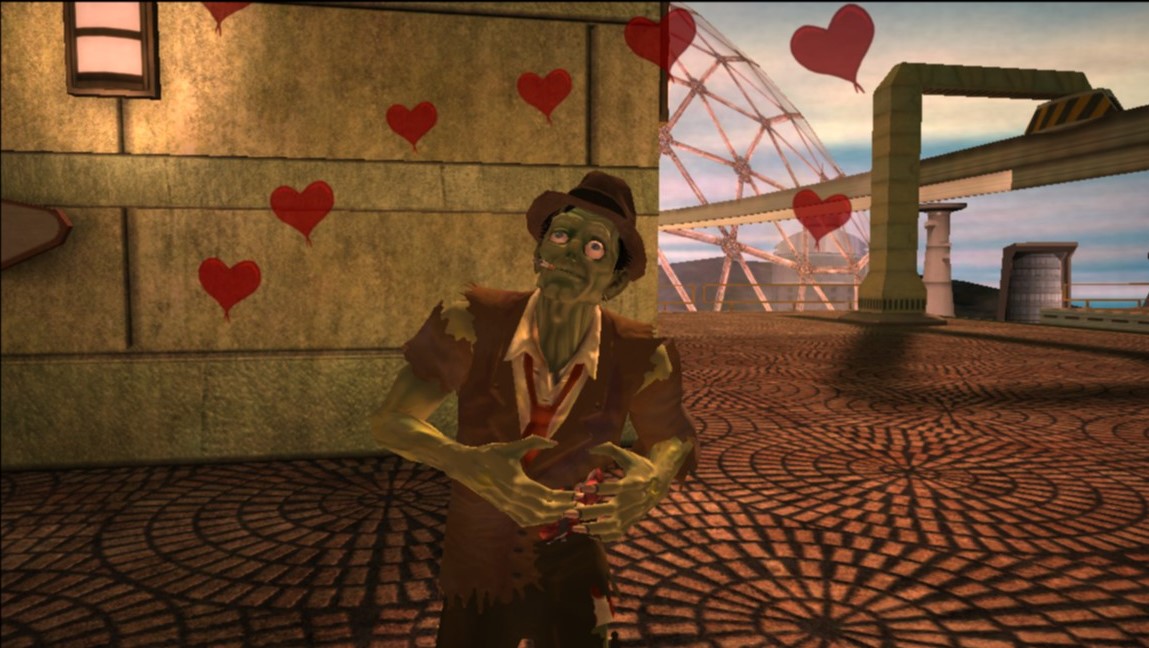