Attack on Titan: The Final Season Pt. 1 takes fans to a new world while also setting the foundation for the final confrontation.

Let’s Start a New Life From the Darkness

Attack on Titan: The Final Season Pt. 1 is a radical departure from when the series first started while also setting the groundwork for the highly anticipated conclusion. What started as a world shrouded in mystery has become a battlefield dominated by a cycle of blood and vengeance. It’s also a world that has changed the characters we love and put them in a difficult situation.

The season takes fans to a different world as everyone has completely changed. From the start, it almost feels like a different series unlike anything experienced before. It’s only when Eren Jaeger presents himself to the viewer and the world that we are reminded this is Attack on Titan.

It should be noted that I’m mostly anime only (I’ve read some of the manga), hence this review will not be comparing The Final Season Pt. 1 with the manga but will rate it based on its own merit.

Spoiler Warning: For anyone not caught up.

Set four years after the events of Season 3, we are first introduced to a new batch of characters and a new world. A group of Eldians are competing for a spot in the Warrior Unit (under the command of Zeke Jaeger). Despite their success to end the Marley Mid-East War, it has become obvious that the age of the Titan’s is coming to an end. Meanwhile; Reiner Braun is haunted by his past and the events of the previous season while trying to protect his cousin from making the same mistake.

Worlds collide when Eren Jaeger (with the support of a more modern Scout Regiment) launches a surprise attack on Marley. The attack is successful as Paradis Island has demonstrated its power to the world. It also opens a Pandora’s box of an epic Geo-political scale. While Marley prepares to launch a counter-strike, the island is tossed into a civil war that pits the Military Government against the Jaegerists (a faction that wants to restore the Eldian Empire under the leadership of Eren and Zeke). Unbeknownst to all parties, the Jaeger brothers are plotting something far more sinister.

Attack on Titan: The Final Season Pt. 1 begins by showing us the world beyond the walls while ending by putting friendships and bonds to the test.

Until the Light Reveals the End

After four seasons of the world within the walls, we are given a solid look at the outside world. This is a modern world defined by wonders of technology and industrialization. It’s also a fragile world on the brink of war brought on my Marlay’s expansionist policy and the fear of Paradis Island. We are given a tour of this world through the eyes of new characters like Falco and Gabi along with familiar ones like Reiner. At the same time we are also introduced to what drives them and the inner demons they are fighting.

When the story returns to Paradis, fans are introduced to familiar world that has undergone a radical change. It’s a modern world where the Titans are no longer a threat but many have started to question the status quo. This has created friction between friends that will be put to the test.

A battle harden Reiner is an example of how every character has changed since the last season. What was once a batch of lovable misfits has grown to become harden soldiers. Gone are their charm and instead have become skilled warriors or a body without their humanity. Sasha, Conny and Jean are introduced as harden warriors able to hold their own in combat. Eren has become disconnected with the world while Mikasa still cares about him buts it’s obvious that she has been questioning this loyalty.

Finally, one could not overlook the opening theme. “My War” is without a doubt one of the best opening songs since “Feuerroter Pfeil und Bogen” (the opening song from Season 1).

Even You Look Miserable

Attack on Titan: The Final Season Pt. 1 might be one of the most unforgettable amines of the season but it also has some problems. Like with past seasons, the only real issue with is that some episodes were not properly paced. By this I mean several would ended while tension was building or at the worst point. This can be attributed to the shows 30min runtime not being factored in when creating some of these episodes.

Next is how some episodes were wasted on telling redundant stories. For example, Episode #62 gave us a better look into Reiner’s past, but a good chunk of it could also been cut. While the story of his family was relevant, his journey on Paradis was unnecessary since we already learned about it in the previous seasons. It was less substance and more filler. The same could also be said about Episode #74.

Finally comes the build up that has been happening following the conclusion of the Marley arc. There has been a lot of tension building up but unfortunately we will not see the pay off until Pt. 2. This could have been planned out or paced out better. Instead we are given a cliff hanger and a long wait to see what happens.

This is My Last War

Attack on Titan: The Final Season Pt. 1 takes fans to a new world while also setting the foundation for the final confrontation. This has been a season of new introductions and heartbreak while setting up for the final showdown. It’s going to be a long wait but hopefully one that is worth it.

Disclaimer: I watched the entire season on Crunchyroll via VRV, which I pay for myself. 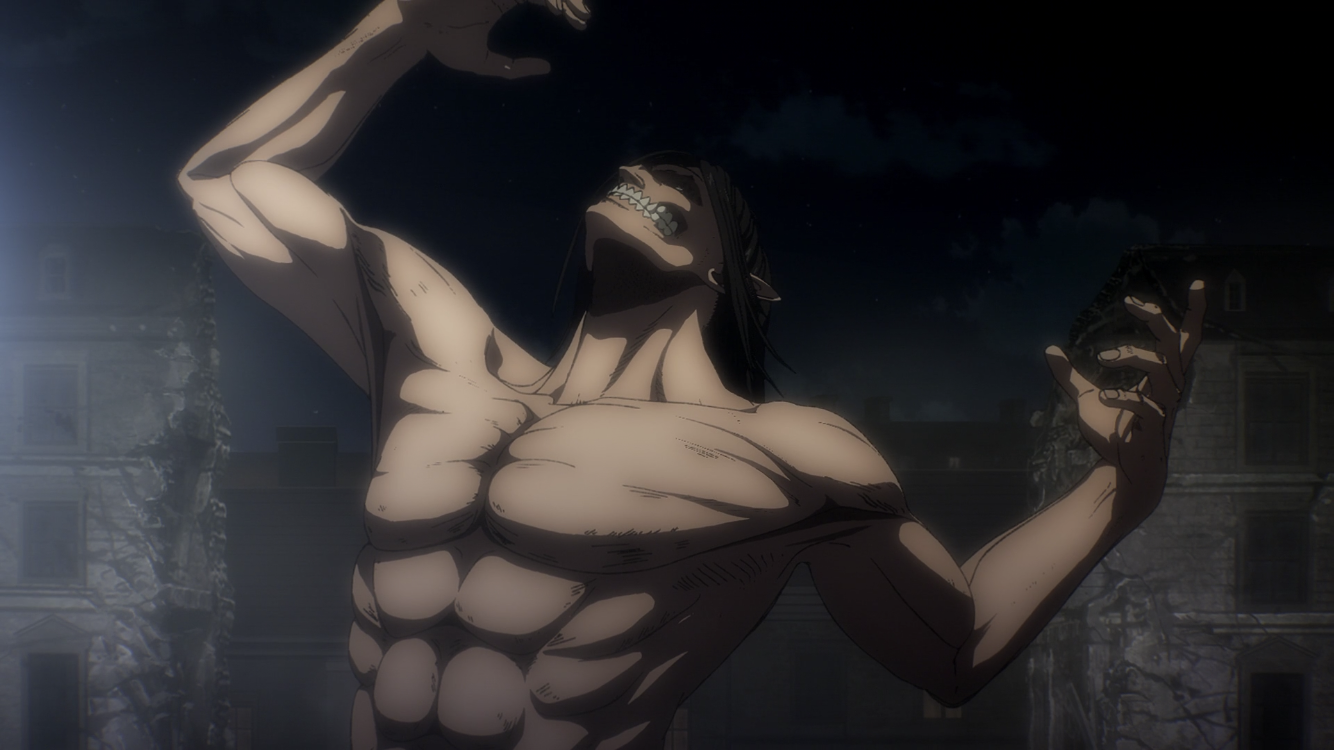