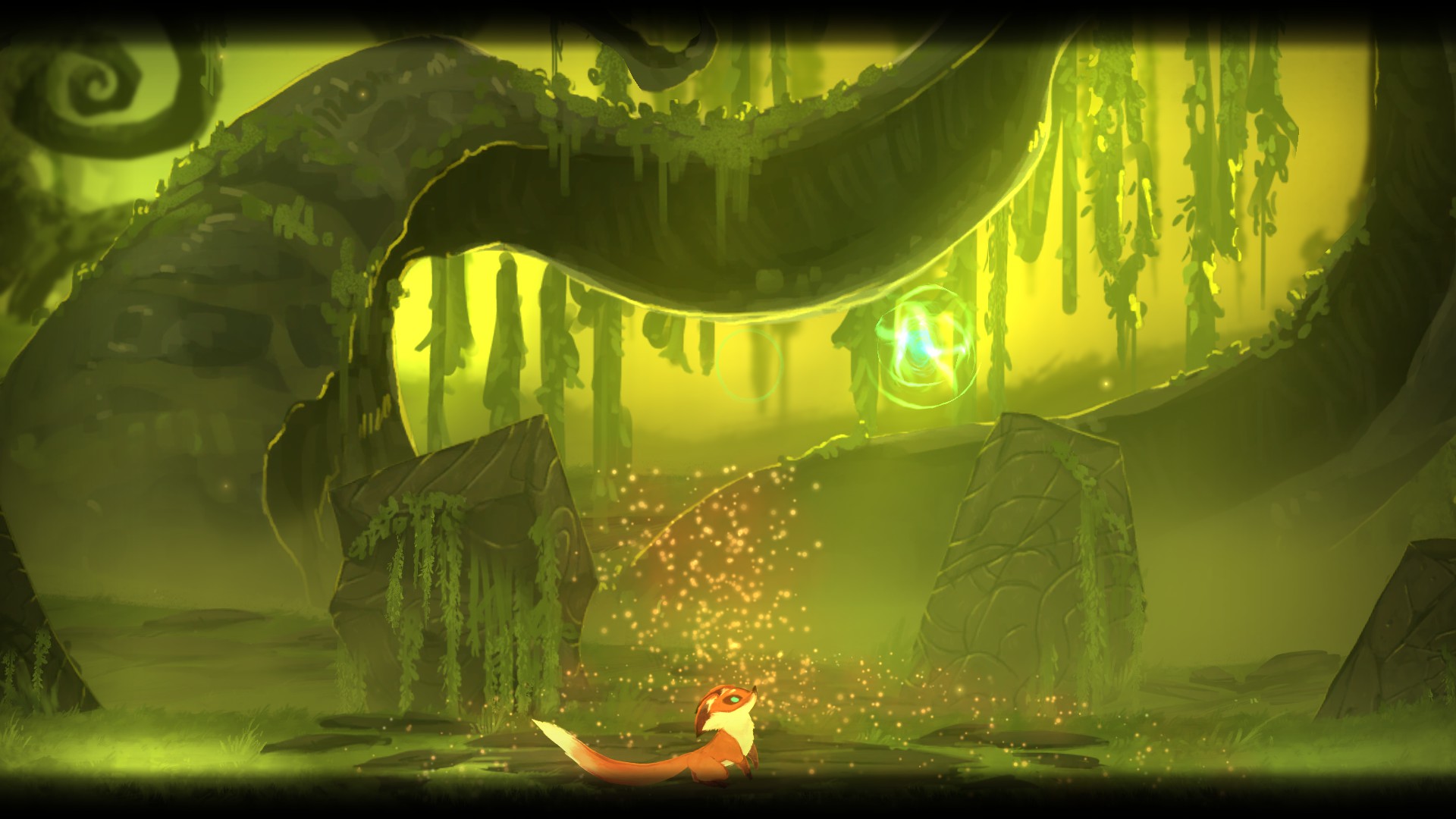 To some degree, it will remind gamers of Ōkami with its artistic style and mythical themes that are based in popular folklore. Unlike Ōkami, what makes Seasons after Fall stand out is that it offers a more tranquil adventure for gamers. What it lacks in action is made up with  its soothing musical score and puzzles along with two lovable characters.

Players take on the role of the Red Fox as he is guided through the forest on a quest to rescue the lost spirits of the four seasons. Guided by the narrator; the Red Fox must seek the four Guardians of the Seasons and gain their power.

The games visual design is the first thing that everyone will notice and its not some cheap gimmick. The games artistic direction is the foundation of its overall tranquil setting. This also allows for some unforgettable level design that reflect upon the games overall tone.

Complementing the visual design is the musical score that adds to the games mythical setting.

The gameplay is a basic platform adventure with a series of puzzles and challenges that the Red Fox must overcome. Unique to the experience is the ability to alter the season which will allow the player to solve the puzzles and progress.

Its only real problem is the guidance may not always be clear but that is an issue that could easily be over looked. Also we did encounter a few minor glitches during the play through but it was not that serious.

With its unique artistic style and a rich story makes Seasons after Fall an unforgettable experience. Gamers who missed Ōkami back during the glorious days of the PlayStation 2 will not want to miss this title.