PBX Warlord is a gaming mouse that has been designed to allow PC gamers to have an ideal experience in any game.

PBX Warlord is a gaming mouse that features 8 buttons and 7 color coded levels of sensitivity. It has a USB wire that uses the standard braided cord of most PBX gear. It has been designed to allow gamers a comfortable and functional grip.

For this review, I tested the PBX Warlord during a playthrough of several games on both my desktop and laptop. The games selected for the test are from different genres just to test how it performs in different situations. This is to see how it performed and what games I could utilize its many functions.

During my overall playthrough, it’s obvious that it was designed around the needs of PC gamers. The PBX Warlord functioned as it intended during any playthrough I had for this review. During each game session, I had a comfortable grip and rarely felt any discomfort. Many of the buttons were positioned in the right locations at an easy to click distance.

Best of all, the set up only requires you to plug it in. that is it. No unnecessary software downloads or installations. Just plug and play.

The only real issues with the PBX Warlord is the length of its USB cable being too short. I don’t mind if its too long because it gives me a lot of freedom. But when the cable is short, it presents a series of problems. Most notably are the limitations of using it with your desktop. When most of us set up our desktop, it’s based on the room layout and desk (not the gaming mouse).

During my test, overcame this issue by connecting it to the USB port in my keyboard. If the cable length is an issue you can’t overcome, the PBX Warlord also works great with gaming laptops. Given its limitations, at best you better have a USB port in your keyboard or on the top of your tower.

PBX Warlord is a gaming mouse that has been designed to allow PC gamers to have an ideal experience in any game. It’s an ideal gaming mouse for both the desktop and laptop. Despite its shortcomings, it has a lot of promising aspects.

Disclaimer: PBX provided the gear used in this review. 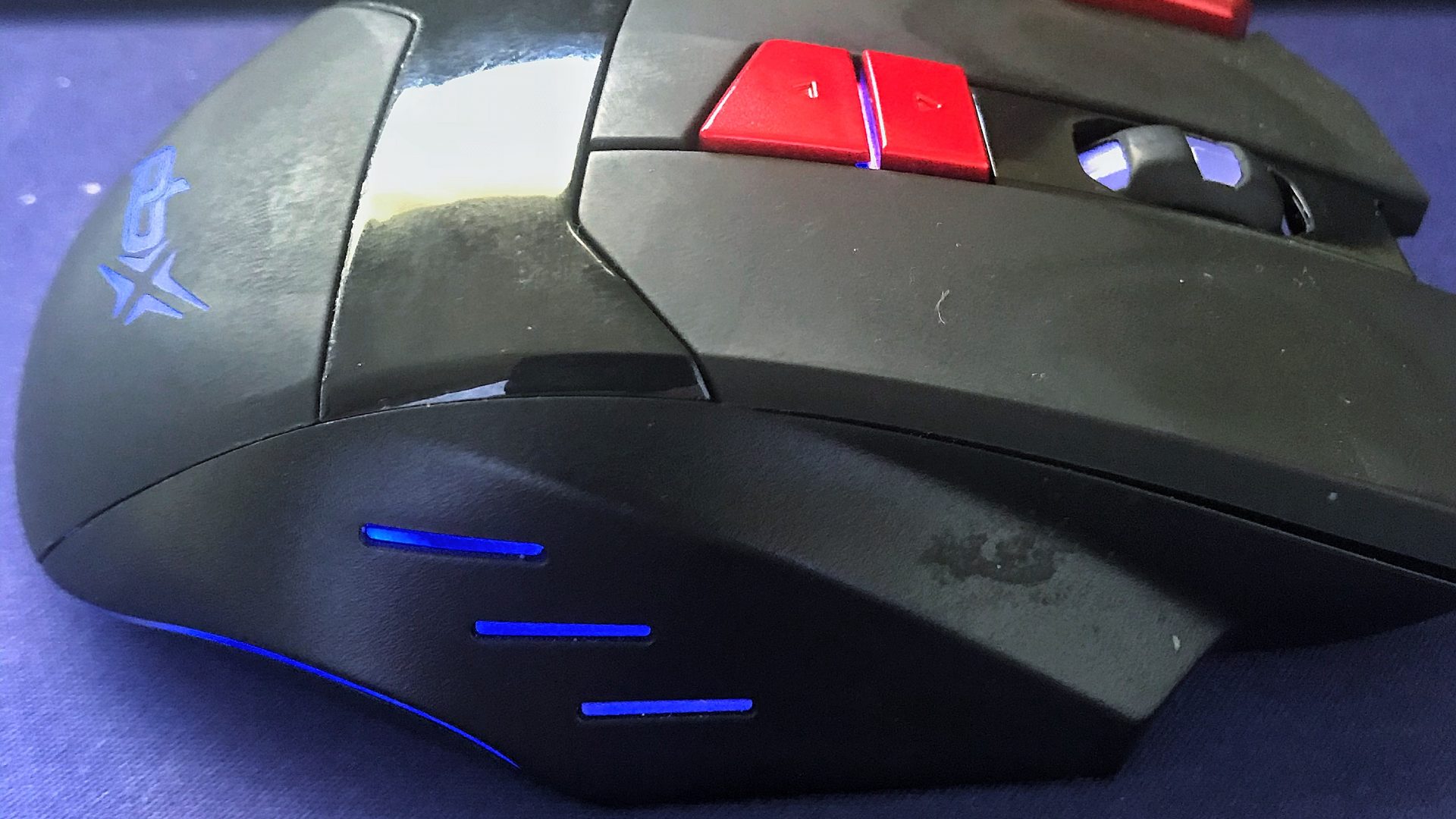