SINoALICE is a unique interpretation of numerous classic fairy tales through the creative lenses of Yoko Tarro.

Welcome to the Library

SINoALICE is a unique take on classic fairy tales by mixing so many different ideas. A concept that could only come from the creative mind of Yoko Taro. This mobile JRPG tosses players in an adventure the combines the original macabre tone of these classic tales with a steampunk aesthetics. Add in meta storytelling and you have this game.

Don’t just blow this off as “Yoko Taro does fairy tales”. From the storytelling to the artistic designs, there is so much to admire. It’s even more amazing that it could all be in the palm of your hands. SINoALICE is a game that has found that balance between being fun and being free to play.

The Voices of Characters

SINoALICE has players explore the world of the library as a classic fairy tale character (or as 2B from NieR: Automata thanks to a special premier event). Each character wishes to revise their respected authors, to do so they must battle the Nightmares and each other. Players take on the role of each classic character battle through their respected story arch. All this happens under the watchful eyes of Parrah and Noya.

One will have to first appreciate the macabre style and atmosphere of this world. Dark fairy tales and anime style fairy tales have been done before. Both concepts have also been combined before. Yet this is an interpretation that feels unique as it rebuilds the classic stories and characters.

The gameplay mechanics are simple, play as a characters and clear out a level. Unique to the concept is each character will have their own branching narrative that offers a different experience. The combat has players choose their actions based on the arrangement they had setup. Once all attacks have been used, they can refill it at the expense of your Summon Points. After each level, players are rewarded with loot that could be used to upgrade their character or gear.

I will note that the game is not too pushy with the microtransaction. They exist but you’re not pressured into buying them. One could have a good playthrough without buying any premium currency. This is due to the game being very rewarding just for playing.

Muttered Cures of the Inhumane

Most of the games problems can be rooted in its potential being held back because of the free to play model. Like I said, it’s not too pushy with the microtransactions. Yet quality, in regards to world and enemy design, has been mildly sacrificed. They do fit in the world, the same design is reused more times then it should. A common problem among most quality free to play titles.

This all comes down to not wanting to invest too much in a free to play game. Thus, I feel more could have been done had the game have a price tag (between $5 to $10 USD). Despite the shortcomings, SINoALICE has done enough to entice gamers.

SINoALICE is a unique interpretation of numerous classic fairy tales through the creative lenses of Yoko Taro. For a mobile game, it has a solid story and unique artistic choices while the gameplay makes it a fun experience.

Disclaimer: This is a free to play game and I got no perks from the publisher or developer. 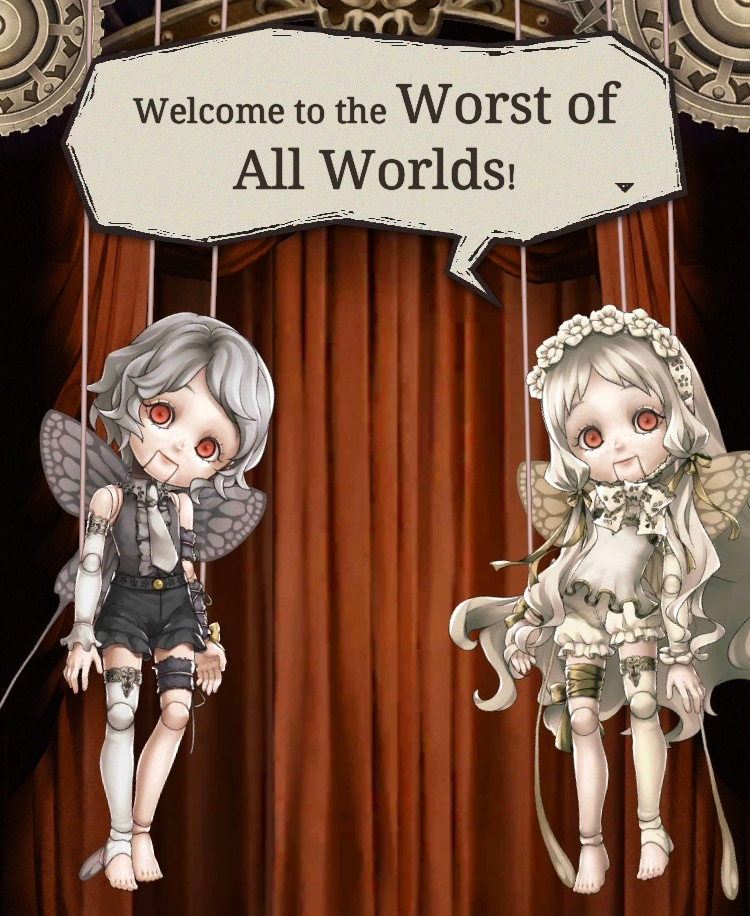