ManEater for the Nintendo Switch is a unique experience that has you assert your dominance on the top of the food chain through cartoonish levels of carnage.

ManEater was one of my favorite titles of 2020 as it offered a different experience. While most games either send players on a mythical quest or rise through the criminal underworld, this game lets you climb the food chain as a shark. A year after its original launch, the game is now available on the Nintendo Switch.

ManEater for the Nintendo Switch is what happens when you take Eco: The Dolphin and mix it with Grand Theft Auto, then replace the main character with a shark. The result is going to be one of my favorite titles of this summer. Nintendo gamers will be attracted to the games B-film tone and plot but they will stay because of the non-stop carnage.

As this game has demonstrated, never under estimate someones desire for simple but silly carnage. The Nintendo Switch version is no different as it doesn’t hold back on the silly carnage.

ManEater is a story of mother nature seeking vengeance against the order of men through the eyes of an apex predator (as narrated by Chris Parnell). Players take on the role of a shark seeking vengeance against Scaly Pete (a famous shark hunter), who kills your mother and leaves you for dead. Thankfully, the shark survives and starts rising through the food chain. As she starts to grow, she will attempt to find her way back to the ocean while eating everyone who gets in the way.

Let’s get this out of the way now, this is not suppose to be a scientifically accurate shark simulator. There is nothing realistic or accurate about this experience. Please don’t bombard me with science stuff about how sharks don’t do any thing I just described above. This is a game that clearly takes its inspiration for all those chessey shark films that are made for TV. It’s no Jaws, the films is more on par with The Meg or Sharknado in regards to story quality while the violence is cartoonish.

The game is not afraid to hide this fact and it wants players to have fun eating everything in sight. That is were most of the fun comes from, just swimming around and asserting your dominance on the eco-system. This is archived just by eating everything in sight (for nourishment or the LOLz). As you grow, you can acquire new skills and alter the ability of your shark based on your playstyle. Progressing the story will require players to accomplish certain tasks and battle a rouges gallery of bosses.

Also one has to applaud the development team for crafting the perfect open world. It’s not too big and has a solid balance between details and content. While broken up into different sections, each one offers a unique experience that is not too dependent on being a massive world.

Get Out of the Water

ManEater may not be scientifically accurate (but realism be damned) it’s basically Grand Theft Auto with a shark. The game has its fair share of inconveniences that might annoy players at worst. Personally, I will overlook the lack of verity in the tasks that need to be achieved. While repetitive, I have yet to get bored with being on top of the food chain.

The most major inconveniences came from the camera not being focused and the game being too grindy at first. During many intense moments, the camera would slip from the focus when the action got intense (thus creating problems). Progression is grindy from the beginning as most weak animals don’t offer much XP while more powerful foes could easily kill you. It’s after you reach a higher level that this no longer becomes an issue.

I played the PC version a lot last year and I played the Nintendo Switch version for several hours. In regards to quality, they are on par. The only real issue for me is that I don’t play on the Switch that much so the controls felt a little off for me. Thankfully it was a temporary feeling and I got into the game shortly. Overall; the Nintendo Switch version of ManEater is no different than the PC version of the game in regards to quality or fun.

Smile you Son of a…

This is one of those middle of the road titles that offer a unique experience not seen in other titles. Players are going to have a lot of fun on this quest for revenge while climbing up the food chain. This is also going to be an experience you will enjoy sharing with friends, either in real life or while streaming.

ManEater for the Nintendo Switch is a unique experience that has you assert your dominance on the top of the food chain through cartoonish levels of carnage. You basically play as a shark that swims around and eats everything. That is all there is to it and you can’t complain about the fun you’re going to have.

Disclaimer: One-PR provided the game used in this review.

Note: Images are from the PC version as they were already saved in the system. 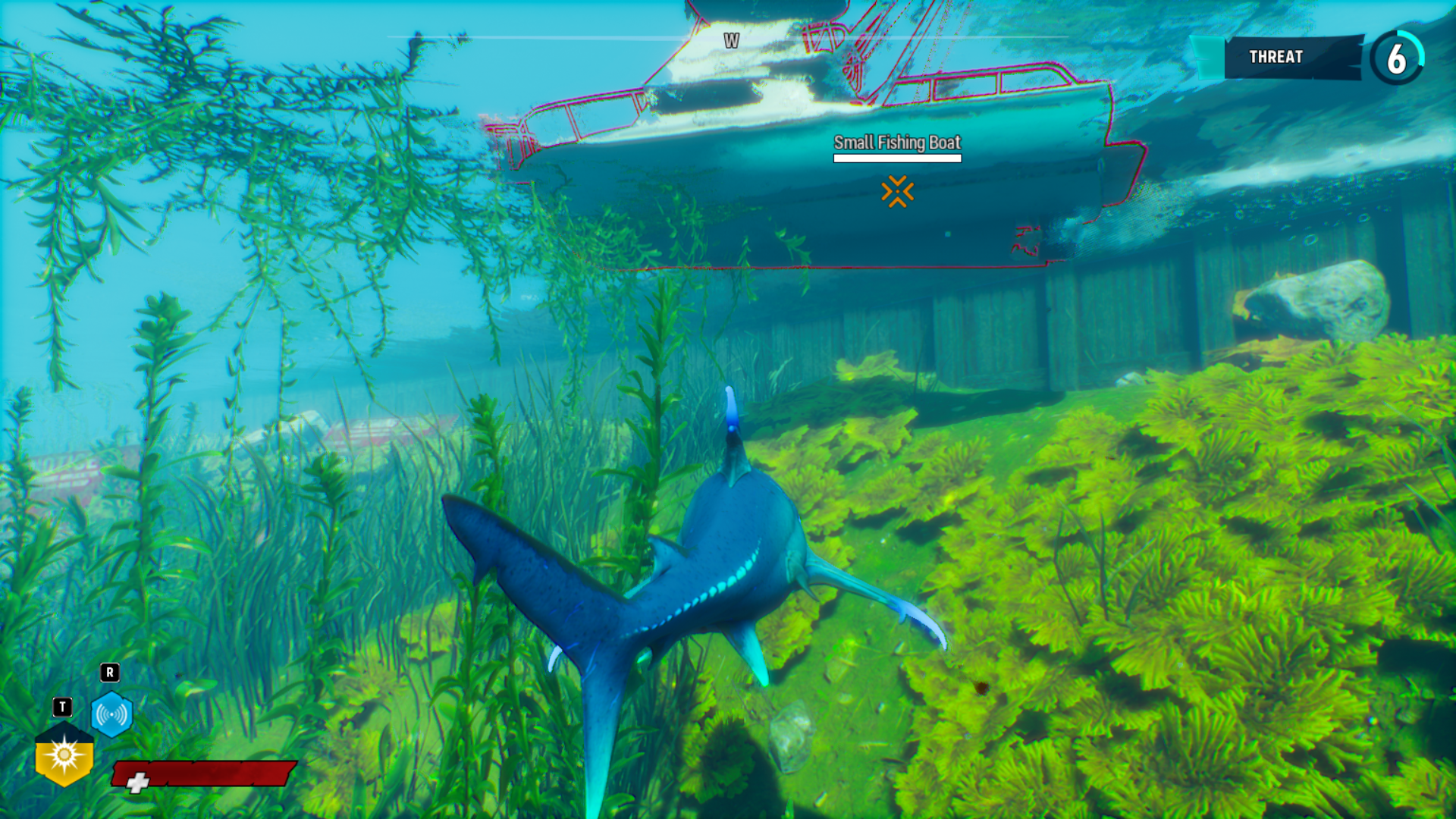 Posted on May 25, 2021 0 By Stan Rezaee Review Posted in Review Tagged #ManEater