The dubbed version of KonoSuba: God’s Blessing on this Wonderful World! Legend of Crimson is the same great fantasy comedy with the cast mixing in their own charm.

Looks like 2021 is off to a good start with the premier of the dubbed version of KonoSuba: God’s Blessing on this Wonderful World! Legend of Crimson on Crunchyroll. For fans who prefer the dubbed version, this premier is a long awaited welcoming. They could finally enjoy the film with Arnie Pantoja, Faye Mata, Erica Mendez and Cristina Vee in the role of their favorite characters.

Following the footsteps of the series, the movie is a fantasy comedy that follows the misadventures of a dysfunctional adventure party. Everything that makes KonoSuba a great series is present in a more fleshed out story. Be aware that I’m anime only so this review won’t judge it by how faithful it’s to the source material.

Journey to the Crimson Village

Here is a quick recap of the story (spoiler free). KonoSuba: God’s Blessing on this Wonderful World! Legend of Crimson starts sometime after the events of Season 2 (in the middle of some mayhem). Kazuma Sato and his adventure party learn that Sylvia (a general in the Devil King’s army) has been attacking the Crimson Demon village (Megumin home). They all venture to save the village while allowing Megumin the chance to reunite with her friends and family. Unfortunately, the reunion doesn’t go as planed due to numerous attacks and the usual hijinks.

Explosion Magic is the Strongest Magic

Right away I have to admire the overall pace of the story and adventure. There are no unnecessary moments that are dragged on to just to meet the definition of a movie. Legend of Crimson is a well paced adventure with plenty of laughs and action but no unnecessary fillers. Every moment has a purpose and the few distractions are limited but worth the time.

In regards to the writing, it has the same wicked sense of humor as the show. All the jokes are present, from Kazuma and Aqua bickering to Darkness lust for pain. The classic tropes are balanced out with the witty dialogue and raunchy humor. Plus there are many moments that have been solidified for its meme worthy quality.

The voice acting and performance also needs to be commended. For me; KonoSuba is one of those series in which I could enjoy both the dubbed and subbed version. The movie is no different as the English voice performers add their own flare to each character. Faye Mata once again does a solid job of bring every character trait that defines Aqua to life. Erica Mendez and Cristina Vee are both allowed to go all out in bring their character to life.

KonoSuba: God’s Blessing on this Wonderful World! Legend of Crimson is a great movie with some issues. All of the what I didn’t like are the same ones from the subbed version. The problems are the movie is not welcoming to new viewers along with the poor pacing of the final battle.

It’s a good movie but it’s not welcoming to anyone who is not familiar with the series. It’s funny and well written but most of what makes it great will be lost on novice viewers. I don’t expect a 25min recap but some sort of proper introduction on who everyone is and what there purpose is would have helpful for someone who has never watched the show. The final battle was poorly paced and all over the place, making it hard to follow. The humor was present but I would get lost trying to see what is happening.

Despite some minor shortcomings, it avoids almost all of the mistakes made by other movie adaptations. The story feels in place with the lore and moments are not dragged on just to fill time. Making Legend of Crimson and excellent companion to already hilarious but adventurous series.

I Yearn for True Gender Equality

The dubbed version of KonoSuba: God’s Blessing on this Wonderful World! Legend of Crimson is the same great fantasy comedy while the cast bring their own charm to the adventure. Everything that has made it a hilarious fantasy adventure is present without compromising the humor or its place in the lore. 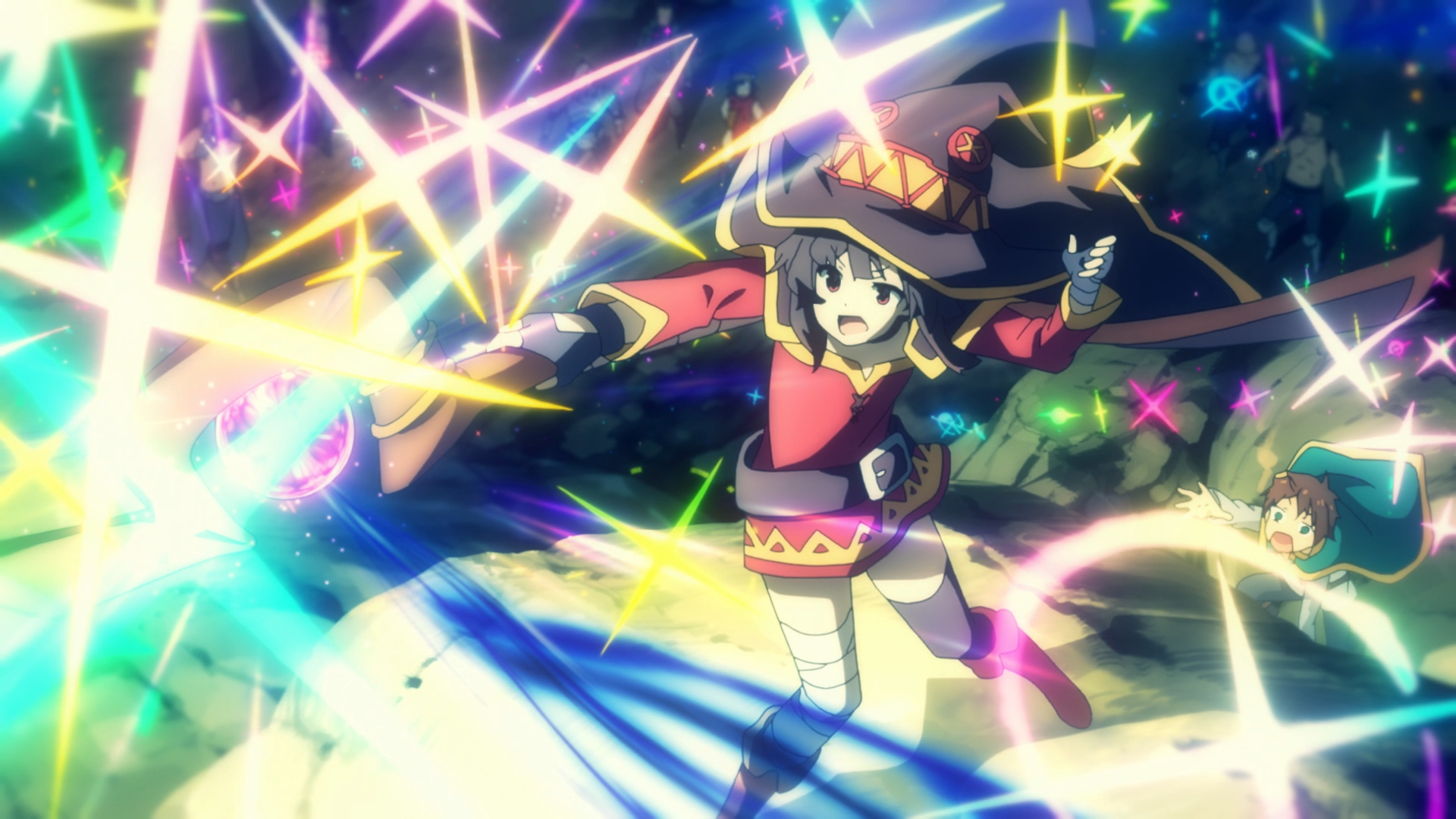