After a long wait, Square Enix has given fans so much and more with Kingdom Hearts III.

On January 25, Kingdom Hearts III released and immediately we fans pulled ourselves out of the shadows to binge the game throughout February and March.

I was excited to see the trio a little older and see who had been Norted while we were away. (“Norted”: a fun term used when a character is bound to Xehanort’s heart, officially inducting them as one of his many vessels. Also see: “horcrux”.)

I purchased the game for Xbox One, interested to see how the HUD and combat felt on an Xbox One controller. Back when Square Enix first announced the title alongside its release to Xbox One, I was actually pretty thrilled. If any game was going to draw me towards buying another console, it would have been Kingdom Hearts, but I’m happy to save the money and continue the adventure on a console I already had.

From the moment Kingdom Hearts III opened, it’s easy to see just how much love and care went into how this title presents itself to its audience. The opening sequence begins with a montage of characters in fantastical form running across water or falling through the sky. There’s a chess game and emblematic lines that instantly reminded me of “Is any of this for real… or not?”

The way this sequence was shown to be the prelude of the developed and layered first cutscene of the game excited me even more. To all those worried about jumping into the game after years of confusion over the plot – a common complaint and joke in the community – there is a Memory Archive option. This feature has a narrated and animated retelling of each important focus of the story as it is thus far.

Let’s be honest: It’s not uncommon to lose track of the minutiae of the timeline. And even for as avid of a fan as I am, I get lost, too. While I still recommend enjoying some recap videos online, the Memory Archive served well for what it was.

When we meet up with Sora, Donald and Goofy again, Sora is trying to regain his memories and relearn how to wield the keyblade. Admittedly, I knew this was coming; KH has “reset” Sora in the past. While I wasn’t thrilled by the idea of having to basically start from square one again with my keyblading son, I knew if anything the game would pay off in time lost. And it did.

Still, with this knowledge at hand, I was frustrated playing Sora in the beginning. There were clunky mechanics, and without his usually equipped abilities, he often wouldn’t reach as far as I needed him to. This was particularly prevalent in my first experience with Twilight Town taking on the large cloud of Heartless.

At first, I worried this was a sign of things to come, that perhaps the combat style of the creators simply didn’t age well. Possibly with the expectation others might feel the same, one of the next jumps in the story is to our beloved King Mickey and Riku.

Playing as Riku was a much smoother experience – each whack of his keyblade felt satisfying. He was quick on his feet. This contrast played a major role in how my perspective shifted. Leveling up Sora once more felt gratifying, because I knew what I could attain with him.

Each world in Kingdom Hearts III felt so purposeful in what it was trying to prove to its fanbase. Meeting up with ol’ Herc in Olympus – even while it was on fire – felt like finally seeing an old friend after years of no contact.

Juxtaposed to the smoothed-down models of the Hercules characters, replicating the animation style of its original film, Olympus’ detail and grit during Hades’ destruction felt so carefully painted and etched. What wasn’t covered in flames and dust was a breathtaking landscape of mountains and fields.

The features this game introduced – such as the Gummi Phone’s camera – made the adventures feel more personable. Its main purpose was obviously to collect Lucky Emblems, but it does more than that. Whether in selfie mode or not, viewing the world around you – and its characters – through this lens brought out the detail and love Square Enix gave its Disney affiliates. From Andy’s bedroom to the rolling hills leading to the Tower of Corona, I was engrossed.

Let it Go, Let it Go

Exploration aside, the one big “complaint” I can say I do have for the game was how it propped some of the newer worlds into the overall adventure.

Kingdom Hearts has always seamlessly folded the Final Fantasy worlds into the Disney ones. You’re never reliving the experiences of the movies, if anything you’re disrupting the entire timeline.

When the Heartless erupt in these worlds and tear these characters apart, Sora and his crew suddenly appear with strange weaponry – and a stranger backstory – to help restore peace. There wasn’t enough time to worry about the immediate struggles of the characters’ original plots – though there are usually adorable callbacks to them in some way or another.

Point is, you leave these worlds feeling like you were part of a new experience with some of your favorite childhood characters. Yet, there were a couple of notable worlds in KH3 where it felt more like a copy-and-paste reanimation of the movies. I’m speaking particularly to the introductions of Frozen and Tangled.

These worlds were stunning! The cutscenes, the places, the characters – it was all so fun to be part of on a base level. While there was a sprinkling of Xehanort’s cohorts throughout, there were so many times I felt as if I was just watching the movies. I felt a little letdown. Again, beautiful, but not exactly what I wanted or signed up for when I started the games.

What might have improved this was if there had been more of these moments where Sora, Donald and Goofy were directly involved – or at least if it was all in their perspective and not the same perspective of the films. When they did include the trio, they were great moments filled with emotion or just overall charm.

However, the amount of times they were part of those experiences – versus off in the distance, uncharacteristically non-intrusive – felt so disjointed for a game where they should be the stars.

Small disappointment aside, this continuation of a series I’ve loved for so long was well worth the wait. There is so much I could say, but I fear I might ruin the excitement for others.

Donald and Sora continue to both be stubborn – and a little dumb – arguing over the proper order of the universe and who’s a better fighter; Goofy will likely shout at you about ingredients hundreds of times – lovingly oblivious as ever; new friends will be made from stories you’ve grown up loving; and some key characters will finally get their day in the sun.

Square Enix has given me so much with Kingdom Hearts III that I don’t think I’ll ever properly be able to repay. So, thank you, Square. No matter how old I get, I will always be that child playing Kingdom Hearts I for the first time, fighting for love and the power of friendship. And you’re absolutely to blame.

This review was written by Jennifer Sheffield, a freelance writer who enjoys playing video games and has written for numerous publications. 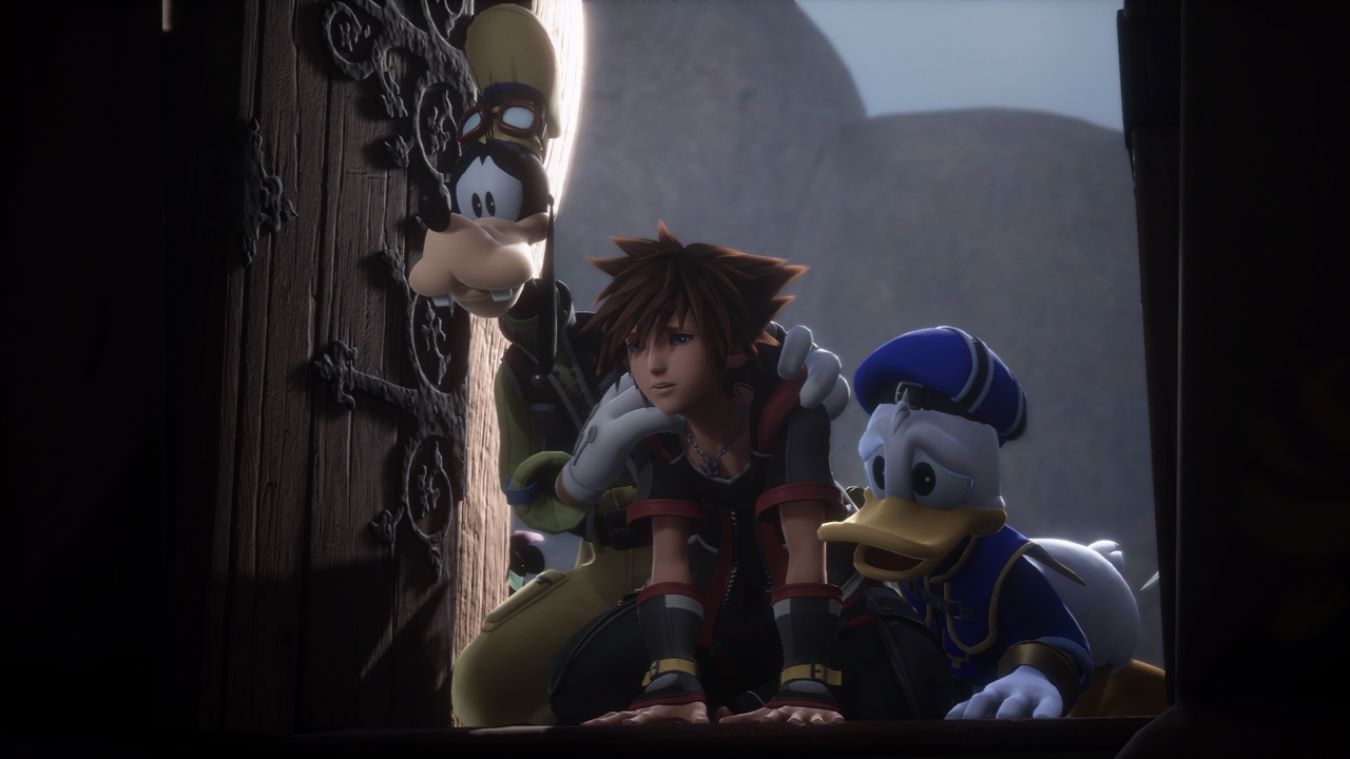