Kakegurui was one of those anime’s one would not think much about but will get easily hooked after starting one episode. Season 2 (branded as Kakegurui xx) brings back all the high stakes gambling and edge of your set thrills that made the series so addicting.

The bets are risker than before and players are more determined but it’s just another game for Yumeko Jabami. However the focus is no longer on the core characters but everyones story now takes center stage.

It should be noted that I’m anime only, hence this review will not be comparing Season 2 with the manga but will rate it based on its own merit.

Welcome Back to Hyakkaou

A quick recap: the story takes place at Hyakkaou Private Academy, a school in which ones social status is based on their gambling ability. The schools hierarchy is challenged by Yumeko Jabami, a transfer student who enjoys gambling just for the trill of it. Thanks to her skills and devil may care attitude, she humiliates the top gamblers and the student council. (Basically its Kill La Killwith gambling).

Kakegurui xx takes place following the events of Season 1. After being defeated by Yumeko, Council President Kirari Momobami has called for a special election for her seat. Unbeknownst to the students, this is also a competition between different branches of the Momobami Clan (with representatives having enrolled at Hyakkaou) to take control of the family.

To get the upper hand on the Momobami Clan, numerous members of the student council attempt to partner up with Yumeko. At the same time, Mary Saotome uses the election as an opportunity to take control of the Student Council while Rei Batsubami sets the foundation for something big.

Kakegurui xx once again follows Yumeko Jabami as she bets everything just for the thrill. This season also gave everyone the ensemble treatment by bring their story, struggle and path to redemption onto the center stage. Besides learning about the Momobami clan, the season also shines a light onto Sayaka Igarashi backstory while Yumemi Yumemite and Kaede Manyuda get a chance at redemption.

The only disappointment was the one demential personalities of the Momobani clan and the anti-climactic ending. I get this family is suppose to be ruthless but there could have been more to their character. I can’t even describe them as “Machiavellian” as they lack any sense of cunningness or brilliance. They are ruthless just to be ruthless.

Meanwhile, the season ends with Yumeko squaring off against Rei Batsubami over a coin toss. While the build up was articulate and well choreographed, the few moments of ambiguity followed by a happy ending downplayed the thrill it had build up. The end result was ideal but it could have been scripted better.

Kakegurui xx does everything right when it comes to following up on the thrills from Season 1. The stakes are higher this time but the focus is also no longer just on the core characters as everyones story now takes center stage.

Disclaimer: I watched this on Netflix and I have to pay for my subscription. 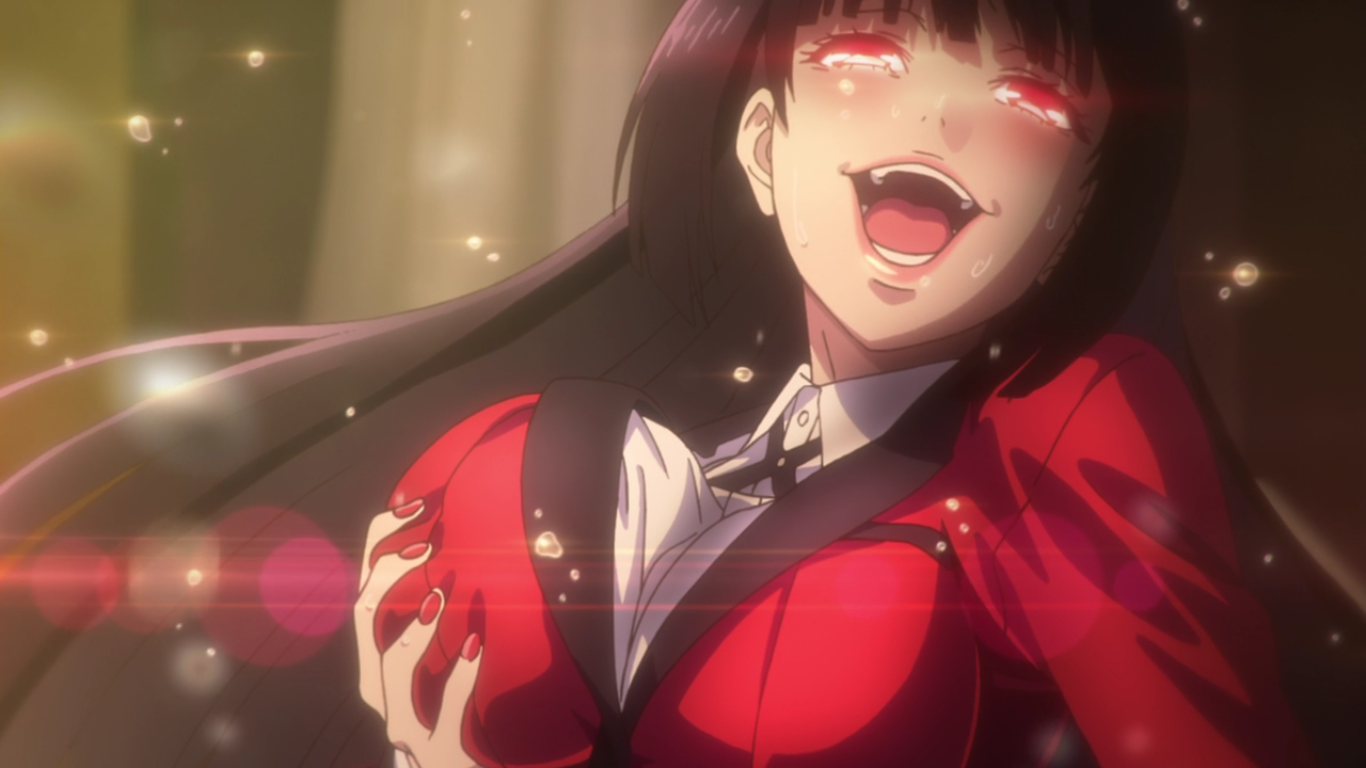