Isekai Quartet 2 once again follows the school life of the core characters from the most popular isekais.

Isekai Quartet 2 is a follow up to the most ambitious crossover. Once again we follow the school life of the core characters from the most popular isekais. The arch of Season 2 is one that is divided between characters getting into mischief and navigating their new world.

Season 2 mixes things up by introducing new characters and others get a moment to shine. At the same time, it does a great job at introducing viewers to other notable isekai’s. So for the big question: can Tanya Degurechaff, Kazuma Satou, Lord Ainz and Subaru Natsuki continue this school life?

To recap the plot; the series follows the characters from KonoSuba, Overlord, Re:Zero, and Saga of Tanya the Evil. All of them have been teleported to another world inspired by high school life. Given their many quirks and personalities, friendships are created while chaos does ensure.

Season 2 shakes things up a little by introducing Naofumi Iwatani, Raphtalia and Filo from The Rising of the Shield Hero. At the same time it takes several creative leaps while additional characters make their debut. Some of the memorable episodes of this season are “Pinch! Test of Learning”, “Challenge! Part-Time Job”, and “Excitement! Physicals Day” just to name a few.

Yes, you have to be a fan of one of the shows featured to get some of the jokes. Being a fan of two or all of them would be ideal. The one key takeaway for what makes Isekai Quartet great is that it will introduce you to the other titles. Being a fan of any of the franchises isn’t required but the jokes make more sense. Hopefully you will be encouraged to give the other series a chance.

Isekai Quartet 2 stands out from last season as other characters get the chance to shine. Several episodes are dedicated to this, most notable is when Kazuma teams up with Tanya’s squad mates to steal Principle Rudersdorf wine. Another great example is when Filo is tasked with choosing the theme for the class play. There are also moments that showcase the growth of a character, like the bond between Beatrice and Mare Bello Fiore.

Yet the best moments are still when the characters personalities clash. While Kazuma is hardly in Tanya’s crosshair, the same could not be said about Megumin. Plus, who could overlook the many times Aqua overconfidence in herself has backfired hilariously. Filo however seems to have won over everyone at the school (no surprise). It’s however shocking that Naofumi seems to trust his classmates.

My biggest peeve with Season 2 is the lack of a prominence the characters from The Rising of the Shield Hero are given. Trailers and promotional material build them up as having a presence equal to that of everyone else. Yet during the season they seem to be nothing more than background characters with the exception of a few episodes. To its credit; the episode that make them a prominent character are some of the most memorable ones of the season.

Another of my peeves I had with this season was the inconsistency regarding its mature tone. For example, Ep.2 consistently refers to wine as “red stuff”. The episode also goes above and beyond in hiding any direct reference to alcohol. But in the same episode, the word s*** is used not long after. Also what was up with that debate over chicken wings? Seriously who puts ketchup or mayo on wings (when everyone knows habanero, BBQ, honey mustard or Sriracha are the preferred choices).

Finally, I have to mention that the opening theme is not as good compared to last season. Not a bad opening but not as catchy or memorable. At best, you will grow to like it overtime.

Isekai Quartet 2 once again follows the school life of the core characters from the most popular isekais. The season once again sees a clash of personalities while allowing other character the chance to take center stage. 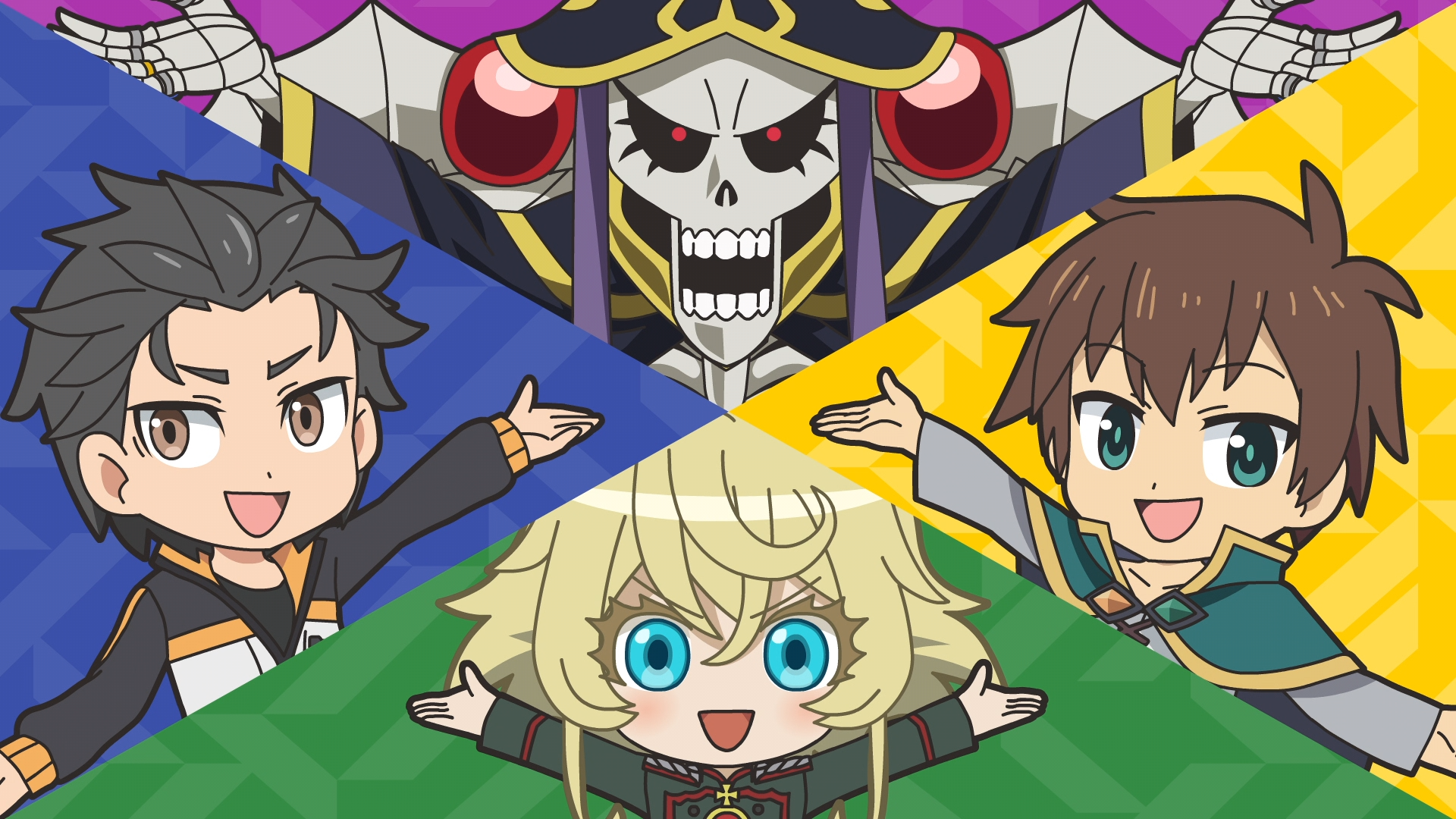 Posted on April 15, 2020 2 By Stan Rezaee Review Posted in Review Tagged #Anime Review, KonoSuba, Saga of Tanya the Evil, The Rising of the Shield Hero