A lot of games are developed to offer players an immersive experience that makes them feel like they are in another world. Sometimes the game alone isn’t enough. There are graphics cards that help bring the world to life but the audio immersion is often forgotten. Immerse Gaming HIVE is the answer to this absence.

Immerse Gaming HIVE is an application that creates a more immersive experience by optimizing the audio setting. This is made possible with the an AI-driven system while working with your headset. The end result is, depending on the game, players are either given an edge or immersed an audio rich in the world.

Immerse Gaming HIVE is an AI-driven audio software for headphones built using the HRTF modeling engine. Based on a picture of the users ear (which one provides via smartphone), it turns your game’s native multichannel audio into a personalized 360 degree sound field that has been optimized for audio clarity. Players will experience a distortion-free sound stage with a multichannel audio output that allows for directional accuracy, environmental awareness, and sonic immersion.

For this review, I tested the Immerse Gaming HIVE during a playthrough of several games on the PC. They were for the test are from different genres just to test how it performs in different situations. This is to see how it performed and what games I could utilize its many functions.

The following games were used for this test from May 19th through May 30th (during sessions that lasted 2 to 3 hours):

While using it for my playthrough of Resident Evil 2 and Village it really intensified the atmospheric noise. It added a new level of eeriness that I have not encountered in previous play session of either game.The same could also be said about Metro: Exodus and Doom III, especially true when players are tossed into a dimly light building with little room to navigate. I will admit I was spooked a lot easier after finding the right settings. The sound sonar is now a valuable tool to detect the pursuer (be it Mr. X or Lady Dimitrescu) during a speed run.

When using it during my play session of Metal Gear Solid V: The Phantom Pain, one will really appreciate the level of audio detail in the world. Sneaking around the battlefields of either Soviet-occupied Afghanistan or the Angola–Zaire border becomes a completely different experience. It really allows you to appreciate the level of detail that was put into creating this world.

Immerse Gaming HIVE also gives layers a slight edge as demonstrated during my play session of Counter-Strike: Global Offensive. The immersive audio allows players to have better situational awareness and a better sense of their environment. Thus they have an edge to surprise or trap their opponents.

Pros of the Immerse Gaming HIVE

Right away, I have to praise how easy it’s to set up and its superiority compared to other audio control applications of its kind.

The set up is easy. First install the app, then follow the instructions on how to have the AI optimize the experience based on your ears, and finally adjust everything based on your preference. Everything is simple to find and set up based on what you need for the ideal gaming experience. Should you get confused, they have a very helpful guide available.

The easy setup and the AI driven experience overall makes it a superior software compared to what the headphone brands provide. Every quality gaming headset has it’s own app that allows players to adjust the volumes based on their preference and game. However none have been able to match the quality provided by Immerse Gaming HIVE.

For those who want to keep the setup simple, just pick from the three modes. Close-Combat Mode, Awaken, and Immerse each creates an experience that is best. programed for the ideal experience. Even though they are ideal for certain games, one should experiment anyways to see what works from them.

Cons of the Immerse Gaming HIVE

My only real problem with the Immerse Gaming HIVE is the limited selection of presets based on ones headsets of choice. The system has been better optimized to work with the most popular head sets on the market, which leaves out a lot of other quality brands. Also baffling is the absence of headsets that are part of these more established brands, for example there is no preset for ASTRO Gaming headsets (even though Logitech is their parent company).

Even though there is a universal setting, by limiting the main sections they do isolate those who prefer other head sets.

Overall; the Immerse Gaming HIVE is an audio app that was made for competitive players and audiophiles. Those who enjoy playing competitively will admire how the audio enhancement and sonar will give them an edge during a match. Audiophiles will be allowed to enjoy their games with a more immersive audio setting. However; you don’t have to be either one to appreciate the immersive audio experience it creates.

Immerse Gaming HIVE allows players to experience a more immersive experience by optimizing the audio. Setting it up will be easy while players will be encouraged to find the ideal configurations. It completely changes a gaming experience while allowing players to better appreciate the world that has been created.

Disclaimer: CommunicateMore provided the software used for this review. 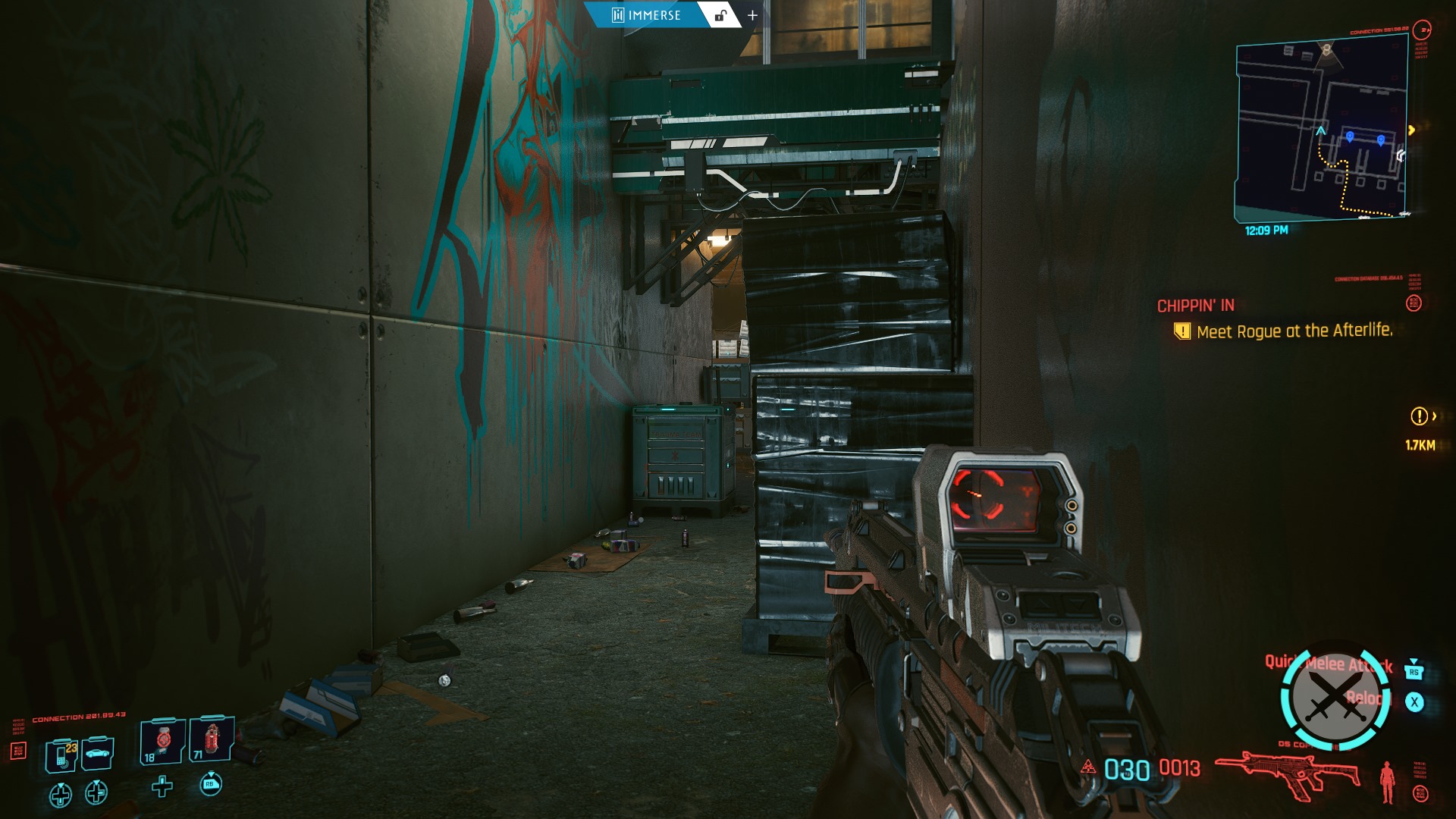