Mobile Suit Gundam: Extreme Vs. Maxi Boost ON allows fans to pit their favorite mobile suits against each other in the ultimate battle.

Mobile Suit Gundam: Extreme Vs. Maxi Boost ON allows fans to answer the age-old questions of which mobile suit is the best. This is made possible by a fighting game that will allow Char Aznable’s Zaku II to go up against Zechs Merquise’s Tallgeese.

Yes, this game is stuffed with fan service and it’s enough to appeal to all fans of the franchise. You will take the time to appreciate all the references and nods to your favorite Gundam series. To its credit, Mobile Suit Gundam: Extreme Vs. Maxi Boost ON is not dependent on fandom and nostalgia alone. This is a quality game that is packed with content and replay value.

Mobile Suit Gundam: Extreme Vs. Maxi Boost ON is a 2 vs. 2 arcade style fighting game that allows players to battle it out either online or in co-op. Gamers can choose from the many mobile suits that have appeared in different iterations of the Gundam franchise. Once everything is set, players could fight it out in an arena based on a notable location from the series.

The combat is one that is going to be hard to learn and even more difficult to master. It’s not just all about moving forward and mashing buttons. There is a lot to learn and comprehend in regards to the gameplay mechanics. Each mobile suit will have its strength and weaknesses while designed around different play styles. Plus the combat requires a combination of knowing your enemy and fast thinking.

Crush Them to the Very Last Bit

Mobile Suit Gundam: Extreme Vs. Maxi Boost ON has a solid multiplayer experience both online and offline. You could battle other players online as finding a match is easy. One could also battle with or against a friend offline. Setting up an offline match is just as easy in Free Battle.

The gameplay mode is not limited to just multiplayer. There are a verity of gameplay modes, with some focused on single-player combat. While not offering much in regards to story or lore, they are a great way to practice along with unlocking more content. All of this just adds to the games overall replay value.

Players are already given access to the 180 mobile suits but they can customize other aspects of the game. From guides to emblems and hubs, there is no shortage of ways to customize your experience. Players could also unlock alternative outfits for each character. All of these are taken directly from the series, hence you could showcase your love of a specific entry in the franchise.

Finally, there is the inclusion of the opening themes from the numerous iterations that are used in the soundtrack. It’s the final touchup on a game that has been made with Gundam fans in mind.

I Came to Laugh at You

If there is one thing that Mobile Suit Gundam: Extreme Vs. Maxi Boost ON excels at is not lacking in content. Unfortunately, it fumbles when it comes to the implementation of a few mechanics. Most notable is the lock-on is unreliable and not having total control over the camera direction and angle.

The lock-on is a key mechanic of the combat system but it functions poorly. It will lock on automatically to the first target and remain on it regardless of distance or if there are other enemies closer to you. Not helping is not having any control over the camera angle. The the lack of a 360 camera turn ends up hindering your ability to have situational awareness. Unless all your opponents are in your line of sight, surprise attacks from the back are a real problem.

I have to also note that the number of arenas is not so bountiful compared to the selection of mobile suits. There aren’t that many stages to select and most of them feel the same. Unlike the mobile suits, the stage will not test your skills or add a new layer of difficulty to the battle. It’s just there for you to fight and nothing more.

Peace is Nothing but a Result of War

Mobile Suit Gundam: Extreme Vs. Maxi Boost ON is a gift to the fans as it allows them to pit their favorite mobile suits against each other in the ultimate battle. This gift for the fans has plenty of content to appeal to everyone while also being a solid arcade style fighting game.

Disclaimer: FortySeven Communications provided the game used for this review. 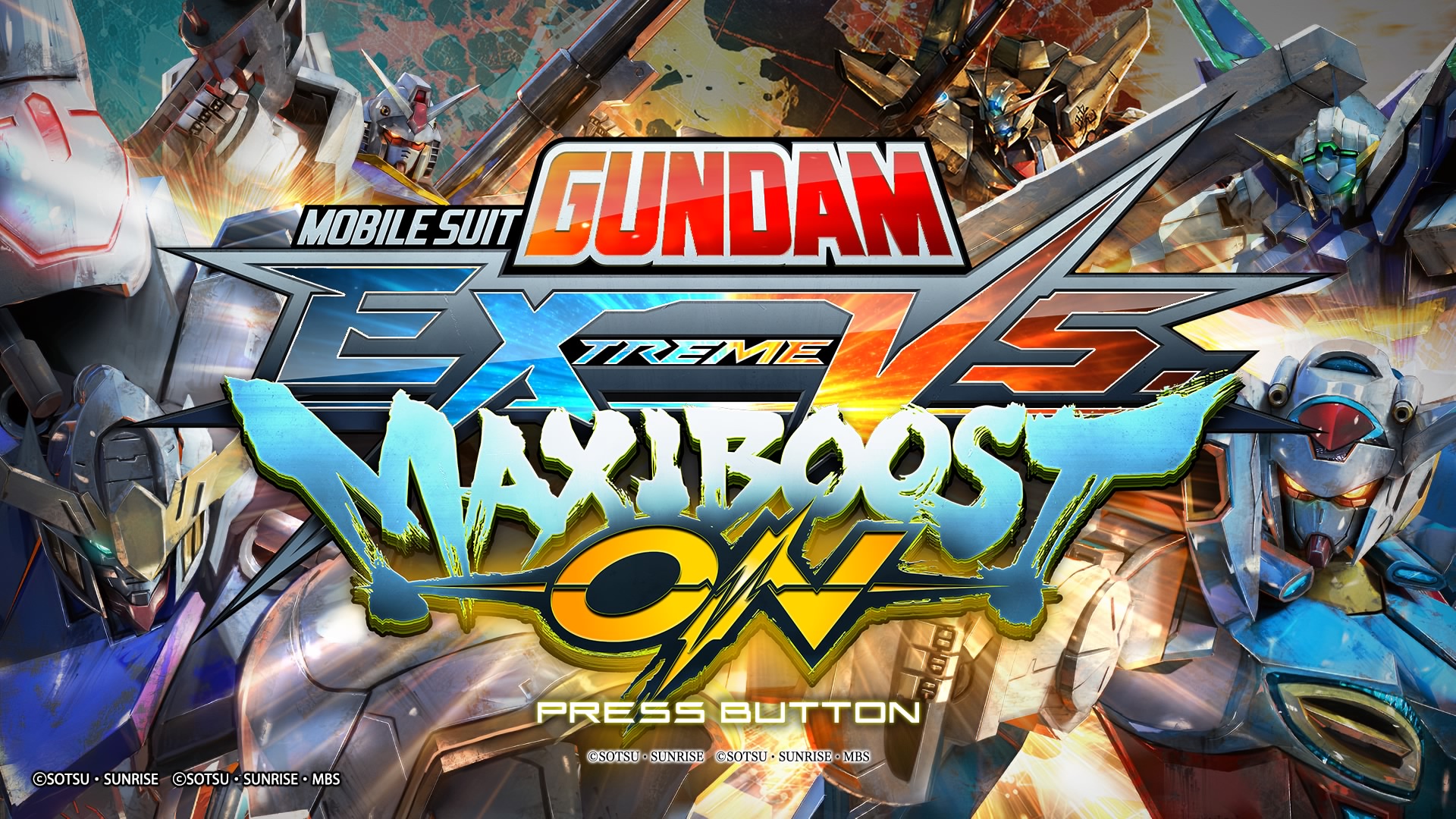