Far Cry 6 utilizes everything learned in the series long and evolving history to present an unforgettable experience.

A History of Oppression and Revolution

When it comes to the quality of each entry, I’ve always compared the Far Cry series in the same way a Trekkie sees the quality of the original Star Trek films. As in the even-numbered entries are superior while the odd-numbered entries are meh at best. Far Cry 2 and 4 were unforgettable while the first game didn’t pique my interest, the third one hasn’t aged well and the fifth game (while fun to play) had so many plot issues. The sixth entry continues this trend of being a much better experience in both plot and gameplay when compared to its predecessor.

Far Cry 6 once again takes players to a conflict zone in which they must fight to depose a tyrant. This time you are fighting a guerrilla war in the Caribbeans (in a world inspired by the region’s long history of despotism and revolution). The story is solid with some minor flaws while the gameplay is improved upon.

Overall; this is a solid entry that is rich in story and excitement.

The history of Yara is the classic story of how the more things change, the more they stay the same. A revolution toppled one dictator only to replace it with another. When the first election in ages is held, another despot comes into power. This time it’s Antón Castil who has come into power and he rules the island with an iron fist while allowing it to be exploited by pharmaceutical companies. Challenging his rule are several groups fighting to break the cycle of oppression.

Players will take on the role of Dani Rojas, someone who wants to escape the island for a better life in America. However, the escape doesn’t go according to plan as the ship is attacked and Dani is the only survivor. With no other choice, they join Libertad resistance movement. They now must work to cripple the military while uniting the many factions to overthrow the Castil Government.

The even-numbered entries always seem to have the best story. Far Cry 6’s story of revolution and wanting to end an age-old cycle is interesting, especially if you’re a history buff who follows the history of the region. Telling this story is a collection of interesting characters who bring their charm and personality to the battlefield. Dani does stand out as an unforgettable character but one can not forget about Juan Cortez and Jonrón Martin. Someone of these characters are so well developed that you will be heartbroken by their death. Finally; there are the choice the players will make that could alter the story (even some easy secret endings).

Even though the world-building is impressive, it has some shortcomings. Unlike what players experienced in 2 or 4, it doesn’t go more in-depth regarding the historical context. While each character stands out in some way, the same could not be said about Antón Castil. Giancarlo Esposito is a great actor but that iconic performance was absent while his character doesn’t stand out. Like Kit Harington in Infinite Warfare or Keanu Reeves in Cyberpunk 2077, it feels like he was used more for his star power (and it shows).

* The game gives players the choice as to their character gender. Since both genders are canon, I’ll be using gender neutral pronouns when referring to Dani. For my playthrough, I choose the female version, which I would highly recommend as she is a better character than the male version.

The Art of Guerilla Warfare

The gameplay setup is identical to its predecessor with some minor changes that improve the overall experience in some regard.

You are given free rein to liberate Yara however you want, be it using stealth or going in guns blazing. From the start, exploring every corner of the world is encouraged as there is so much to do and see. Unlike past titles, there are so many different environments to explore from urban settings to rural communities along with the many jungles and swamps. While diverse in the eco-system, it’s also grounded in reality that keeps it on par with the real life region.

Right away, one will notice the removal of the RPG elements. Instead, players will have to customize their weapons and gear based on their preferred play style. That means customizing their guns (with so many to choose from) along with outfits and tools based on how they play. Weapons can be customized with suppressors, armored piercing bullets, and other perks to give you an edge. At the same time, the game will encourage you to develop new tactics for each situation or try something different.

The gameplay is not limited to just combat and exploration. Players will also have to upgrade some home bases (which will open new perks). At the same time, they could dispatch guerilla forces to undertake special operations that are rewarding. If this all sounds like a simplified version of the FOB mechanics in The Phantom Pain, you are correct. While not as impressive or detailed, it does add to the excitement of the experience.

Combat is based on the players’ preference. One could have their gear and weapons set up for stealth or bring as much firepower as possible. Or one could prefer using ground vehicles or aircraft to take on the enemy. This is important to learn right away before trying to liberate a base or checkpoint.

After playing the game for over 25 hours, I began to notice liberating bases did not hinder the number of enemy encounters. One issue with past games is that as you liberate locations, enemy encounters wind down and I would lose interest. That is not the case in Far Cry 6 as taking outposts are rewarding while there are still enemy locations that can’t be taken and thus allow players to enjoy the battlefield.

Problems of the Revolution

Besides using a famous actor for their star power and not their performance is not the only issue that plagues the game. Most of its problems come to how scaled back some of the elements are when compared to its predecessor.

Far Cry 5 introduced a unique gameplay feature that allowed players to recruit other characters and random militia fighters to help the player. That has been for the most part removed from Far Cry 6, which could have benefited the most from such a gameplay feature. Imagine taking an outpost or a base with 3 to 5 other guerrilla fighters. It could have given the game an experience similar to Freedom Fighters. Instead, your only partner will be an animal (which is still fun but doesn’t have the same feeling).

Another problem is that there are too many moments that should have been a cutscene instead of an interactive moment. It’s great that it wants players to experience the story but some moments are just not interesting to sit through.

For a Free Yara

Overall’ Far Cry 6 is an excellent addition to the series. It avoids the pitfalls of staying the same while also trying to build upon an already winning formula. Its shortcomings mostly come from a surfaced level narrative while also scaling back on the innovative elements of its predecessor.

Far Cry 6 once again takes players to a tropical world that has a long history of oppression and war. This time it utilizes everything learned in the series long and evolving history to present an unforgettable experience that puts players in the role of a guerrilla fighter trying to build a revolution.

Disclaimer: Ubisoft provided the used in this review. 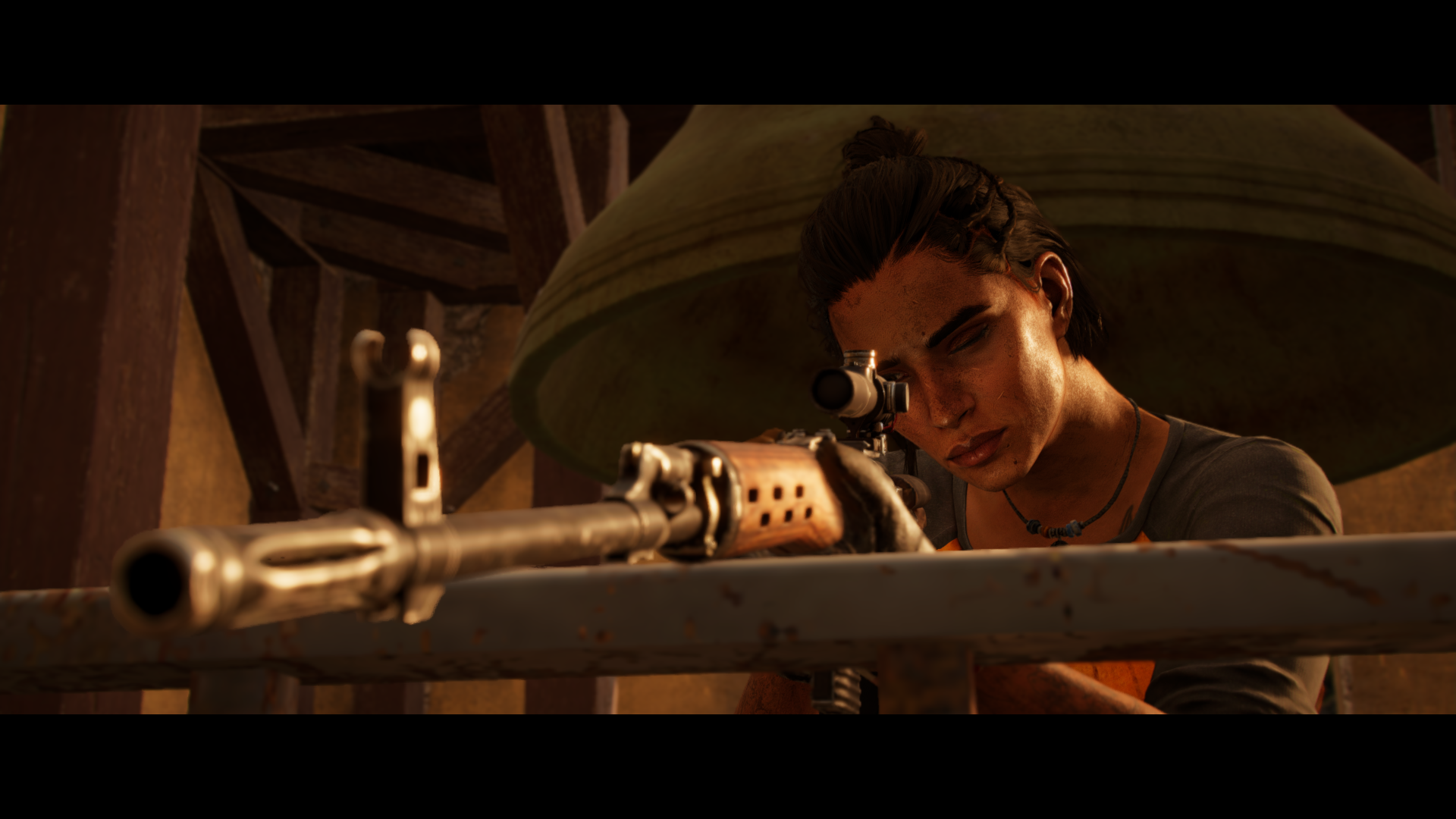