Destroy All Humans! is an example of a remake done right by modernizing the gameplay and graphics but respecting the overall experience.

One Giant Step on Mankind

The original Destroy All Humans! was a work of comedic genius that was released back in 2005. Born out of the open-world fade established by Grand Theft Auto III, the series would go on to create its own legacy. 15 years after its launch, THQ Nordic has remade it for a new generation.

The Destroy All Humans! remake is both a faithful recreation and a foundation for a series reboot. With so many games believing that the best open-world games need to be bigger and grander, this game beams us down to reality. Sometimes an open world can be fun with a small map but packed with action while having a sense of humor.

Destroy All Humans! has players take on the role of Crypto-137, who arrives on Earth (circa 1950’s). He is tasked with rescuing Crypto-136 along with studying humans while collecting their DNA to save his species. Aiding the player is Pox, his overseer who assigns him the missions while studying the collected data.

The gamplay is a mix of standard combat and stealth action (depending on the situation). Players could either complete a series of missions or roam free to do what they please. As the story progresses, Crypto is given new weapons and skills that could also be upgraded. The levels are broken down into several mini-open world maps that are inspired by different regions of America.

From the start of the invasion, one is going to recognize the improved visual details. Perfect for the tone of the experience, it’s very cartoonish but more colorful than the original. While playing it, one will also appreciate a more refined control function. As a special treat for fans, the remake includes content that had been cut from the original Destroy All Humans!. Thus adding more to a game rich in replay value.

Those of us who played it back in the day will also appreciate that the remake kept its sense of humor. The dialogues and jokes are a cleaver mockery of the time period. Players will hear plenty of jabs at politicians and pop-culture of the time period. I should note that some of the political jokes fly over some heads (like the references to the Texas Air National Guard).

Bring this offbeat invasion to life is a solid cast of iconic voice actors from the original. Your ears don’t deceive you, those country folks are voiced by Bill Farmer (the official voice of Goofy). Fans of dark cartoon will also be quick to notice that it’s Richard Steven Horvitz from Invader Zim giving you orders. Also one can not overlook the performance of Steve Blum and the late John Cygan.

The Destroy All Humans! remake hits all the right marks, but at times gets too dependent on the nostalgia. This is evident by the untouched camera focus when using the flying saucer and the destruction physics.

The camera angle when operating the flying saucers always feels out of focus. It can never be adjusted to a proper angle that allows you to see your surroundings. As a result, do expect to take hits from Anti-Air guns and missiles without getting a good look at where they are positioned.

So much of the game has been updated, but the destruction physics feels untouched. It may have looked amazing back in 2005, but in 2020 it feels kind of dated. Buildings explode after taking some damage (and that is it). They don’t collapse when a weakness in the structure is hit nor dose the destruction impact the surrounding area.

Destroy All Humans! is another fine example of a remake done right by modernizing the gameplay and graphics but respecting the overall experience. It’s the same great game we all played back in the day only with a lot of major improvements. Hopefully this sets the foundation for a new series (with the same humor and mayhem). 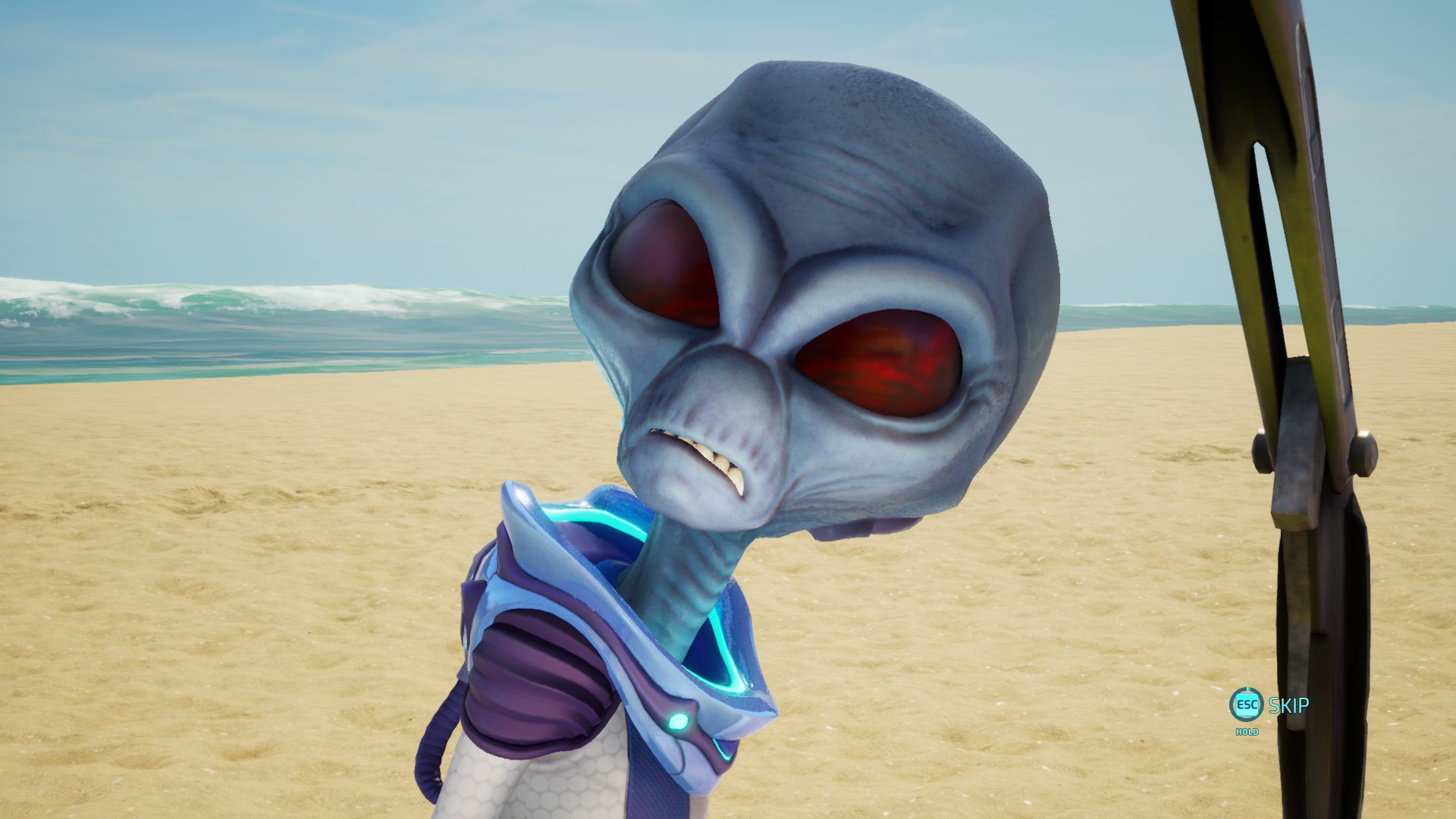