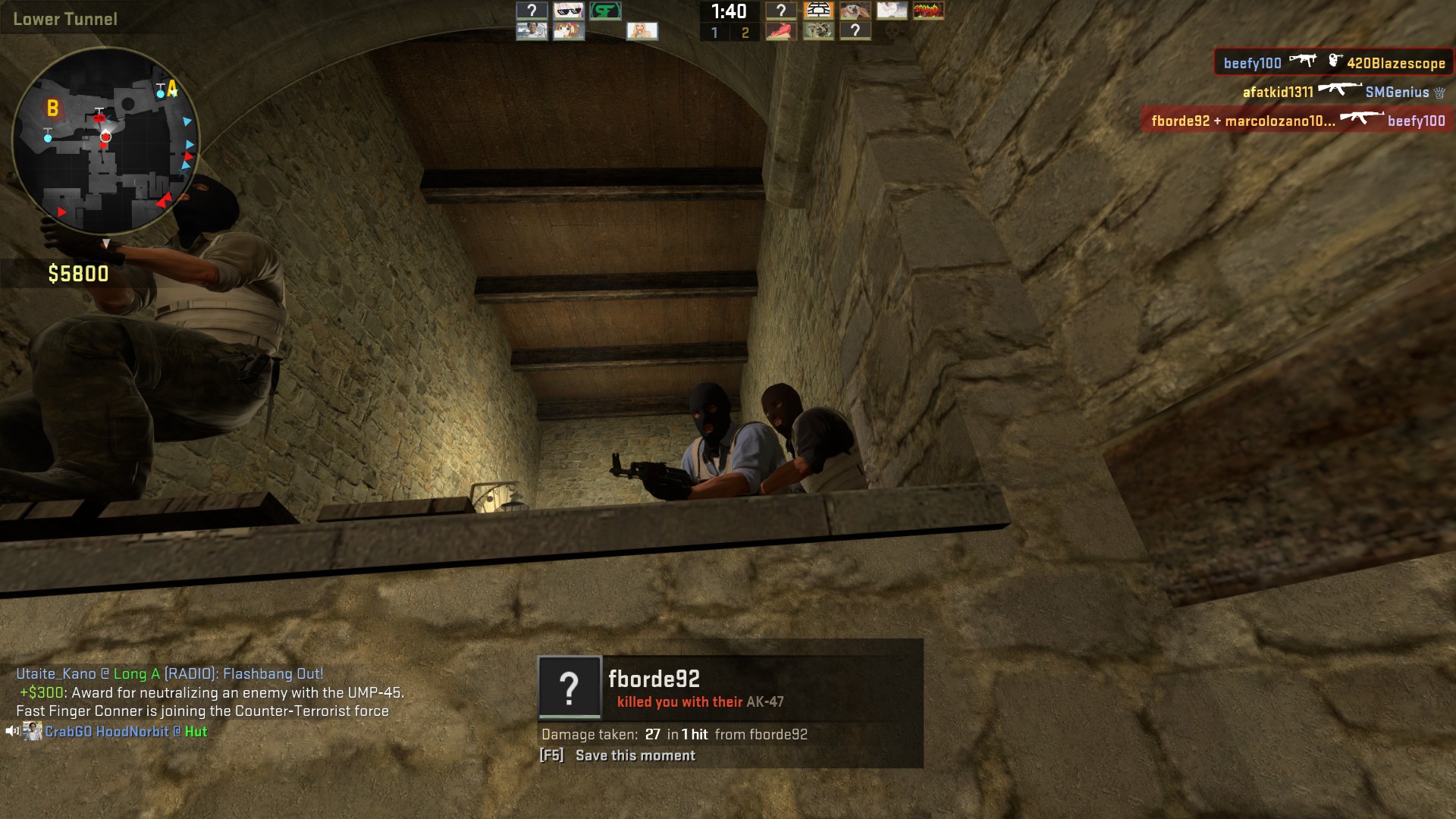 By updating the game while keeping is aesthetics, Counter-Strike: Global Offensive is not just a nostalgic experience for old school gamers but also an attempt to introduce a classic to a new generation.

The original Counter-Strike became an icon for setting the foundations for team-based multiplayer that is now emulated by other developers. While Activision and EA compete to develop a better gaming experience, Counter-Strike continues to be one of the most popular multiplayer games.

Valve has upgraded the decade old classic in an attempt to not just appeal to old school fans but also to attract a generation raised on Modern Warfare. Lock and load because its going to be a battle that pits old school versus noob gamers.

The most obvious change is the much needed upgrade on its graphics using an advanced version of the Source Engine. The updated Source Engine improves the visual quality of the game and offers more realism to the combat experience. Another significant updates is the inclusion on two new game modes called Arms Race and Demolition. They are a take on the classic death match by challenging players as they progress during a match.

The battle is still Counter-Terrorists vs. Terrorists but the teams have uniformity, hence no more picking your characters like in the original game. However players could keep their personal identity by customizing their weapons. Other updates include the addition of gameplay elements that have become common among FPS-games along with a few new maps and weapons.

Despite the changes, its still the same Counter-Strike that gamers have been playing for over a decades. Old school gamers are still able to battle each other in their favorite maps while using their favorite weapon.

Valve has successfully improved one of the greatest games without having to butcher or erase its classical elements. Even though so much has changed compared to the original, the concept of it being Counter-Strike has not been lost.

Counter-Strike: Global Offensive is the perfect game for older gamers who really need to school some obnoxious noobs on familiar territory. Give the noobs a few minutes before they realize there is no airstrike.