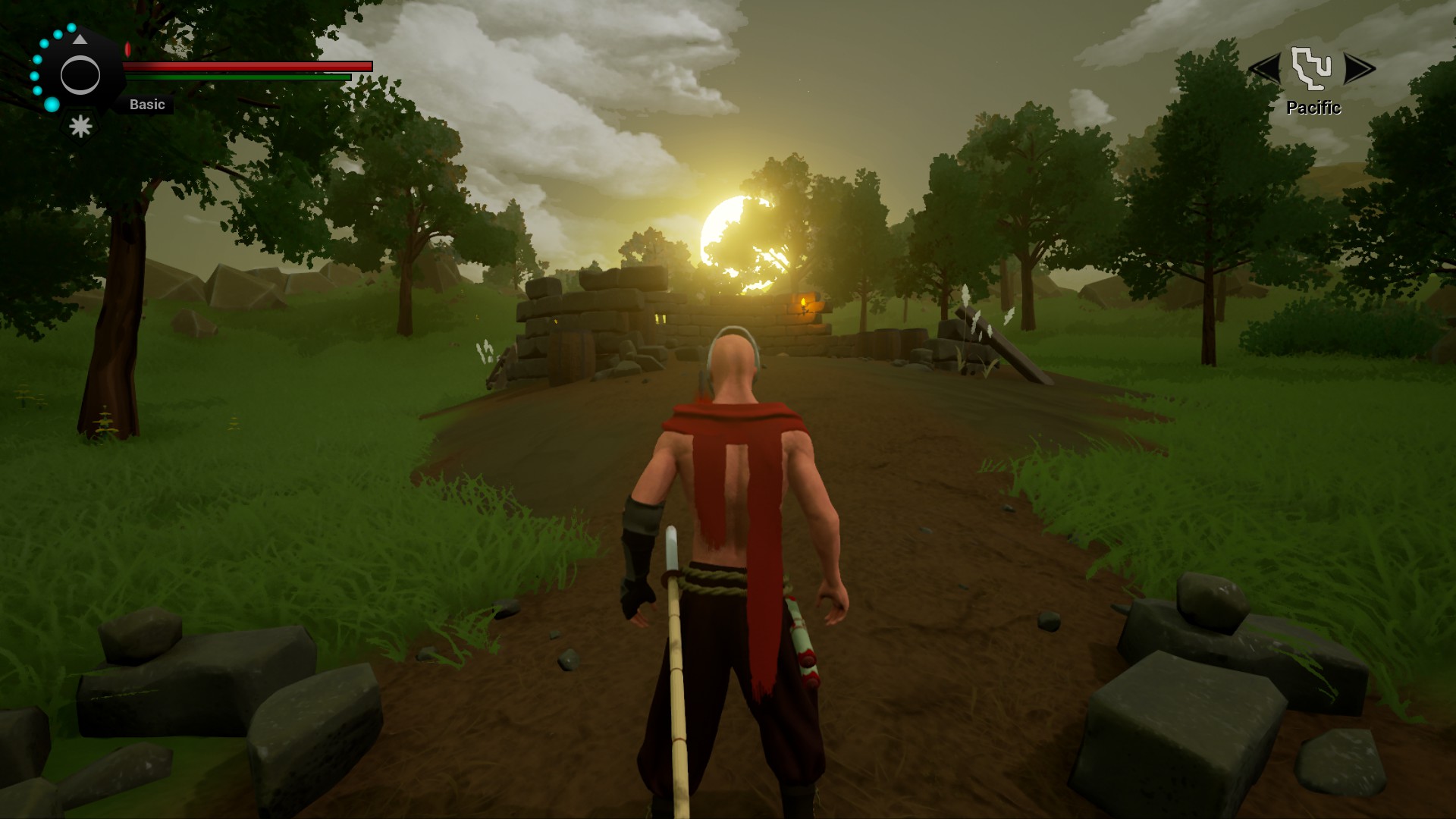 Blade & Bones is an minimalist style open world adventure that may seem hollow on the outside but is rich in lore and story development. It’s something rarely seen in games but Coffee Addict Studio has managed to make it happen.

Blade & Bones two strongest feature is the worlds artistic style along with its fantasy driven story.

The story is set in mystical world as players take on the role of an Orins, an ancient warrior whose voice was taken by Niro. To defeat Niro, players must find the seven swords while learning new skills and over coming challenges with your limited resources.

The massive world of Blade & Bones is a colorful sand box designed with a minimalist art style. Players will explore a world with a diverse eco-system that offers a verity of skills to unlock and unique bosses to battle. The games overall world can be best described as a mix of Journey and The Legend of Zelda: The Wind Waker.

Finally one has to truly appreciate the music and sound which adds to the tone of the experience. The music may sound simple but it does a great of setting the mode while the sound effects are perfect for such an adventure.

Despite the many wonders of Blade & Bones, it does have it fair share of problems that won’t go unnoticed.

It’s biggest problem is that the controls don’t respond properly to the players actions during the midst of combat. The result becomes a one sided battle were the player will consistently miss their attack while their opponent will always feel like they have the edge. This problem is only slightly resolved if one were to use a mouse and keyboard over a controller.

Another issue is that the game is not really clear about what your suppose to do. Players will spend some time exploring the games massive world but their is hardly any real guidance on what your suppose to do or how to really progress. Such a flaw has become common in open world Indie titles and unfortunately it makes the experiences more frustrating than challenging.

The two issues may seem discouraging but given that Coffee Addict Studio is a new studio and only six people worked on this game, it’s very impressive. The team has clearly demonstrated that they can make magic with their limited resources and have a promising future ahead of them.

Blade & Bones is a simple but also massive fantasy adventure that fans of the genre will enjoy. At the same time, gamers should keep an eye out for future titles from Coffee Addict Studio as this title demonstrates that they have a bright future.

Disclaimer: Developer provided the game used for this review.