Wakey wakey, the new Clockwork Update for We Happy Few will give gamers a reason to go back to Wellington Wells.

Compulsion Games announced a major update for We Happy Few on December 8, dubbed the Clockwork Update (a reference to the movie A Clockwork Orange), which fixes performance issues while improving on the gameplay mechanics and adding several new features.

Among the improvements are quests are now built using a system that changes tracking from a scripting system to a code based system. With this change comes an improved save system that is tied in with the quest state system. This allows for a more robust saving along with faster auto-saving and loading. These new changes also allow for a more in depth conversation mode along with NPCs can now have highly scripted behavior instead of generic behavior.

Other new features, changes and improvements include:

• Faraday should no longer be capable of blocking your progression.

• Tea Time and Lovebirds have been removed.

• The can of grapefruit juice in White Tree Park can now be picked up.

• The houses in the Village of Hamlyn have been dramatically improved.

• Additional house variations in the Village are available.

• Village houses now have exterior signs to add a little bit more happiness to the environment.

• Archways and other decorative elements have been added to the Village.

• The Advanced Electro Lock Shocker should now operate on any lower tier objects.

• The materials required to craft certain items have been generally reduced.

After installing the new updates, I decided to play through We Happy Few once again over the weekend. I wanted to compare my experience with when I first played the Alpha version back in July and note how much the game has changed. As with the previous preview, this is not an official review of the actual game but my thoughts of the overall experiences with the Alpha version. 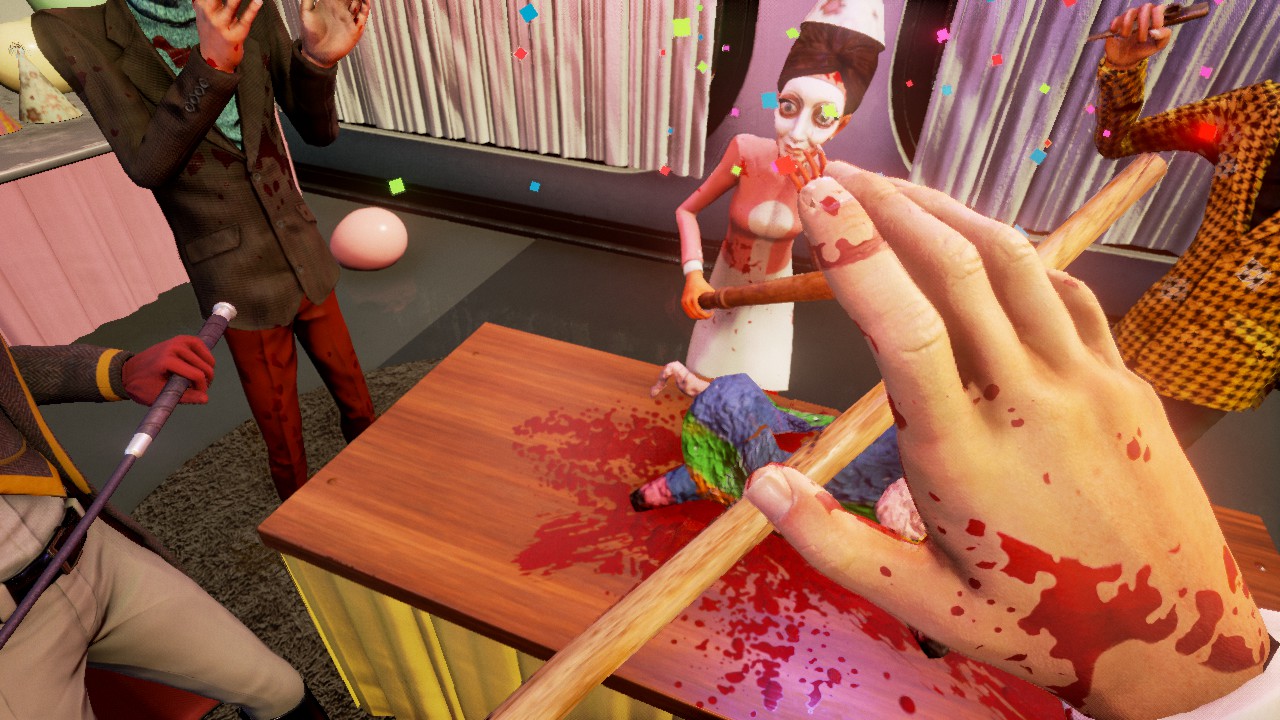 It’s important note that the game is still in the alpha stage, hence glitches are still common during the experience. However this is not what the actual game will be as it’s still in development which is why this reflection will not focus on the glitches.

To recap the plot, the game is set in the town of Wellington Wells during an alternative 1960’s following an invasion of the United Kingdom. The story follows Arthur Hastings who stops taking his Joy and begins to see the deplorable truth of the real world. However when he is caught, he is forced to take shelter on the edge of town while plotting his escape. In the Alpha, the player is tasked with finding a way to escape Wellington Wells before the society collapses into anarchy. To achieve this, players must complete a series of tasks while collecting the needed resources.

The first obvious change was a tutorial level after your Arthur is knocked out. Before, players would wake up in a safe house with no guidance. Now players will have a chance to learn about the games mechanics and how to over come challenges. It’s also during the tutorial that players will notice how the combat system has been improved.

After making it to the surface, I have noticed how the world now feels much larger then it did before. There are now more houses to explore and new key locations while completing the objectives had become more streamlined. While escape is a primary focus, I did get side tracked with several side quest while meeting the interesting characters. At the same time I was wowed by this blend of retro futuristic and dystopian world of 1960’s Britain.

We Happy Few is still a work in progress but the quality of the game is improving with each new update. At this point, one could expect this unforgettable title to be ready for release sometime in the Summer of Fall of 2017.