Known for his work with James Cameron, Michael Biehn will be a guest at San Francisco Comic Con 2018. 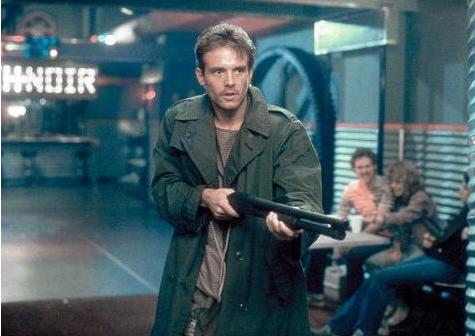 If you’re a fan of 80’s film or the work of James Cameron then you will be excited to learn that Michael Biehn will be a guest at San Francisco Comic Con 2018.

Known for his roles in several James Cameron films, Michael Biehn most iconic roles have been Kyle Reese in The Terminator, Cpl. Dwayne Hicks in Aliens and Lt. Coffey in The Abyss. His other notable roles include Lt. James Curran in Navy SEALs, Commander Charles Anderson in The Rock, and Sheriff Hague in Grindhouse: Planet Terror. Gamers will recognize him for his role as Sergeant Rex Power Colt in Far Cry 3: Blood Dragon.

He will be joined by acclaimed voice actor Kevin Conroy who is known for his work as Batman in the DC Animated Universe, Nolan North who voices Nathan Drake in the Uncharted series, Rodger Bumpass who is best known for his role as Squidward Tentacles on SpongeBob SquarePants, award winning artist Adam Hughes, and cosplayer Yaya Han just to name a few.