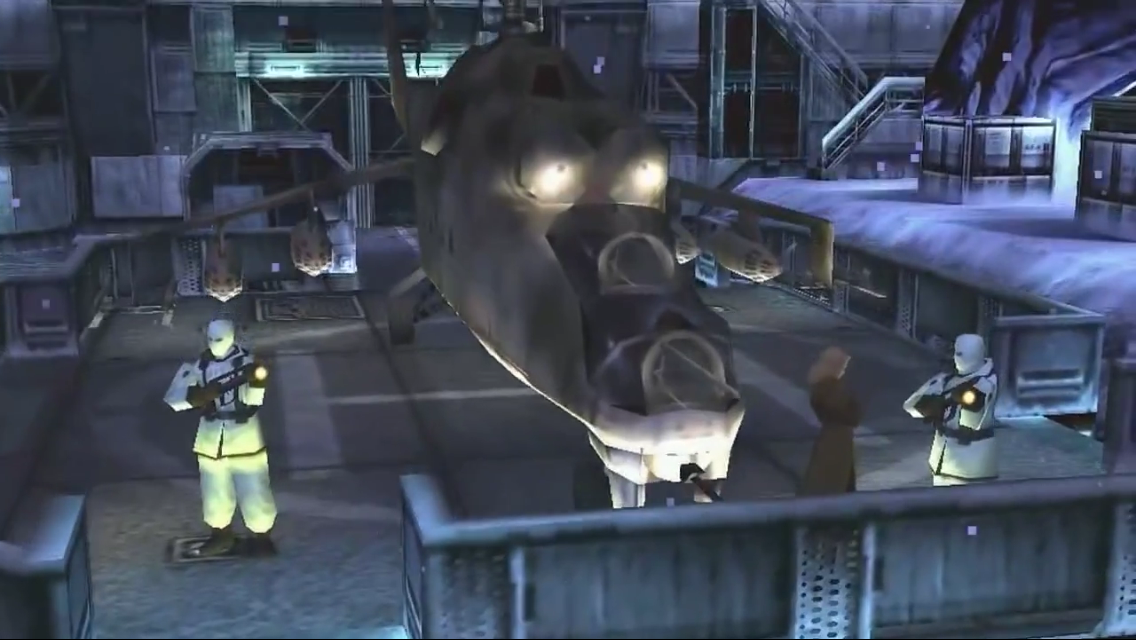 In this age of cultural bankruptcy that is dependent on remakes and reboots, it needs to be stated that not all classic works need a makeover just to be more appealing for a new generation.

These classics have survived the test of time to have a massive impact on pop culture but do not need a makeover that will devoid it of what originally made them a landmark or have its message watered-down to appeal to a broad audience (the RoboCop remake being an excellent example).

The same could also apply to classic video games that are significant to the cultural arts. As with movies, the concept of what made it significant is lost in the need to re-imagine it for a new audience. It may have worked well for Resident Evil in 2002 but the GoldenEye remake in 2010 failed to live up to the legacy of the original.

Yet from time to time, Hideo Kojima has voiced his support for remaking Metal Gear Solid, his greatest masterpiece and one of the most iconic games of all time. Most recently he expressed at Gamescom 2014 how he hopes the original game could be remade using the Fox Engine.

It’s understandable that Kojima wishes to see his masterpiece recreated for a new generation of gamers but the reality is that Metal Gear Solid needs to be remade as badly as The Godfather. Its one of those classics that are so timeless that no remake will do it justice or at worst be a work of blasphemy.

This has already been proven when the game has remade for the GameCube back in 2004 as Metal Gear Solid: The Twin Snakes. This updated version included improved graphics, extended cutscenes and infusing the gameplay mechanisms from Metal Gear Solid 2: Sons of Liberty. While the game was praised for rebuilding an iconic, a lot of the aesthetics that made the original a masterpiece was lost.

The most obvious was the remade cutscenes relied too much on over the top action that were so campy that it devoid the game of its dramatic aspects. At the same time the performance of the voice actors lacked the theatrical depth that allowed the player to have an emotional connection with the character. Metal Gear Solid was one of the earliest games to feature a real dramatic presence driven by the strong performance of the voice actors, but most of that would be lost in the remake.

Most players had some remorse after defeating Psycho Mantis while feeling a sense of sorrow when having to fight Sniper Wolf. Yet all that emotional connection was lost in the remake.

Not helping The Twin Snakes was how the new gameplay mechanism took the challenge out of memorable boss fights and made the overall experience lack any significance. Classic moments that required carefully timed tactics lost there challenging aspect with the new mechanisms.

The best noted example was the boss battle against Revolver Ocelot while the Arms Tech President tied up in the center while strapped with C4. In the original game, players had to outflank Ocelot then properly time when to take a shot while avoid hurting the hostage. In the remake all the player had to do was stand in a corner and aim in first-person view then shot.

The duel against Revolver Ocelot is one of the most memorable boss battles because it required the player to think before acting. Meanwhile The Twin Snakes made it into a simple battle that lacked a challenge. The same could be said about other boss battles in the game that lost their significance because of the new gameplay mechanism.

Finally the new musical score composed for the game along with re-tuning some of the classic did not help make The Twin Snakes a better game. The musical score help drive the emotions of the moment while adding to dramatic tone. The new soundtrack did its best but lacked the same passion as the original.

If the GameCube remake failed to live up to the legacy of the original than Kojima shouldn’t expect a Metal Gear Solid built on the Fox Engine to create the same momentum. Another remake will water down its themes even more and rob it of the elements that made it significant.

Metal Gear Solid is one of the most important games ever developed while its legacy has made it an icon of pop culture. It doesn’t need to be remade just to appeal to a new generation because a real gamer should respect its legacy for what it has accomplished for the gaming medium.

What do you think, should Metal Gear Solid be remade? Share your thoughts in the comment section.